Prince Harry did use his HRH title on the birth certificate of his newly born daughter Lillibet Diana, it has been revealed.

The birth certificate, uncovered by US news site TMZ, has Prince Harry’s first name as ‘HRH’ and his second name as ‘The Duke of Sussex‘.

The birth certificate is a public document in the US state of California, where the couple live in their £11million Montecito mansion.

Prince Harry, 36, and wife Meghan, 39, were told they were to no longer use their HRH titles in January last year in the wake of Megxit.

In a statement released at the time, Buckingham Palace said the couple could no longer use the titles because they were ‘no longer working royals’.

However the couple were allowed to keep their Duke and Duchess of Sussex titles – which were gifted to them by the Queen on their wedding day.

It comes after it was announced this week that Prince Harry will have his HRH title expunged from notices at a new royal fashion exhibition featuring his mother Princess Diana‘s wedding dress.

The birth certificate, uncovered by US news site TMZ , has Prince Harry’s first name as ‘HRH’ and his second name as ‘The Duke of Sussex’

Prince Harry did use his HRH title on the birth certificate of his newly born daughter Lillibet Diana, it has been revealed. Pictured: Prince Harry and pregnant Meghan in February 2021 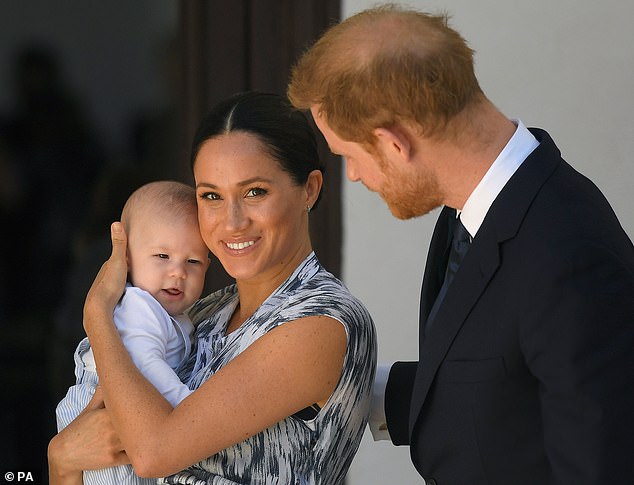 The reveal of Lillibet Diana’s birth certificate comes following a row over Archie’s certificate following his birth in May 2019. Pictured: Prince Harry and Meghan with son Archie

Harry and Meghan’s baby daughter ‘is due on what would have been Prince Philip’s 100th birthday – with expectant parents thinking about naming her after the late Duke, the Queen or Princess Diana’

Harry and Meghan’s baby daughter is due on Thursday, June 10, on what would have been Prince Phillip’s birthday, according to reports.

The expectant parents are considering naming her after the late Duke, the Queen or Princess Diana, The Sun reported on Saturday.

Citing Royal insiders in the United States, the newspaper claimed that the Sussexes have thought about naming their newborn Pip after Harry’s late grandfather, or Lily after his Grandmother – Queen Elizabeth II.

‘The baby is due on Philip’s birthday and it would be so special if she came then,’ the source told the newspaper. ‘That, and naming her Pip, would be a lovely way to pay tribute to Philip.

‘Harry has been discussing the due date and possible names with his close pals and they’re talking about it quite openly now it’s getting close.’

Another name reportedly being considered by the Duke and Duchess of Sussex for their second child is Diana, after Prince Harry’s late mother, Diana, Princess of Wales.

According to the bookies, Dianna is favourite to the baby’s name at 4-1 odds.

The source told The Sun that while the names Lily and Pip ‘aren’t exactly traditional royal names,’ the couple have not taken the traditional route as a royal couple.

The couple’s new baby will their second after Archie, who is two.

The couple were left furious when reports suggested Meghan had removed her Christian names from Archie’s birth certificate – meaning she was listed as ‘Her Royal Highness The Duchess of Sussex’.

It prompted the Sussexes to hit back with a furiously worded statement insisting that the removal of her Christian names had been ‘dictated by the Palace, as confirmed by documents from senior Palace officials’.

The reveal of the birth certificate comes after it was announced that Prince Harry is set to have his HRH title expunged from notices at a new royal fashion exhibition featuring his mother Princess Diana‘s wedding dress.

Now the Royal Collection Trust, which oversaw the loan of the gowns, said the labels ‘were incorrect and will be updated’, citing an ‘administrative error’.

Under the terms of the historic deal struck at Sandringham last year, the Duke and Duchess of Sussex were allowed to keep their HRH titles but never use them.

Royal experts are likely to regard the move to remove Harry’s HRH title from signs at the exhibit, called Royal Style in the Making, as a sign of the sensitivity over the duke and duchess’ sudden departure from royal life.

It comes as the duke and duchess were demoted on the official Royal Family website, now listed below Prince Edward and Sophie Wessex, as well as the Princess Royal and the Duke of York, after leaving their senior roles.

Since then, they have signed deals with Netflix and Spotify reportedly worth hundreds of millions of pounds, and are expecting a baby daughter this week.

But critics have questioned whether the couple should have their royal titles removed after making a series of high-profile public remarks.

In their bombshell interview with Oprah Winfrey, the pair made extraordinary allegations of racism against the Firm after Meghan claimed a senior royal – who has not been named – asked what colour their son Archie’s skin would be. 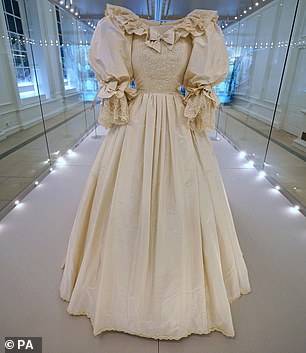 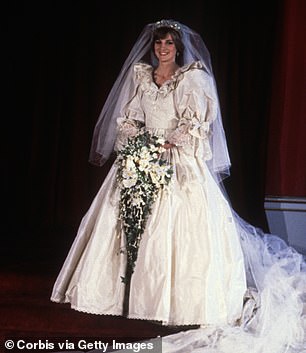 Harry is due to return to the UK this month to join Prince William for the unveiling of a statue of Diana the brothers commissioned four years ago in her memory, although Kate Middleton may reportedly fill in for her husband.

The statue will be unveiled in the public grounds of Kensington Palace on July 1, which would have been the princess’ 60th birthday.

Representatives for the Sussexes have been approached for comment.

It comes as Harry and Meghan are now listed below Prince Edward and Sophie Wessex, as well as the Princess Royal and the Duke of York on the official site.

Prince Charles’ growing role as an active heir preparing to ascend to the throne is reflected in his own promotion to the top of the ‘Royal Family’ section on www.royal.uk. The Queen has been removed and is featured higher on the page.

Despite the reshuffle, the website still claims the Duke and Duchess of Sussex will be ‘balancing their time’ between the UK and the US.

It follows Prince Edward and his wife the Countess of Wessex taking part in their first major interview since their marriage in 1999.

The couple shared a laugh over Harry and Meghan’s controversial Oprah interview as they insisted the royals remain a family ‘no matter what happens’.

It was recently revealed Sophie is one of four loyal, discreet and ‘utterly trustworthy’ women of the Queen’s inner circle who are offering crucial support as she faces life without her beloved Prince Philip, who died on April 9, aged 99.

Princes slash Diana ceremony guest list: William and Harry drastically scale back unveiling of the statue of Princess of Wales as Covid forces them to reduce invites to ceremony

By Richard Kay, Editor at Large for the Daily Mail

Princes William and Harry have drastically scaled back next week’s unveiling of the statue of Princess Diana, the Daily Mail can reveal.

The brothers were due to put aside their bitter rift to host an elaborate ceremony on July 1 at Kensington Palace, her former home, on what would have been their mother’s 60th birthday.

Instead they will preside over a significantly reduced gathering featuring just a handful of guests – the estranged princes themselves and Spencer relatives.

Up until this week they had been planning to welcome more than 100 of their mother’s friends, former staff and supporters. But Covid rules have pressed them into a rethink.

Guests have been told that next Thursday’s large ceremony has been scrapped and that a new date will be fixed for September. 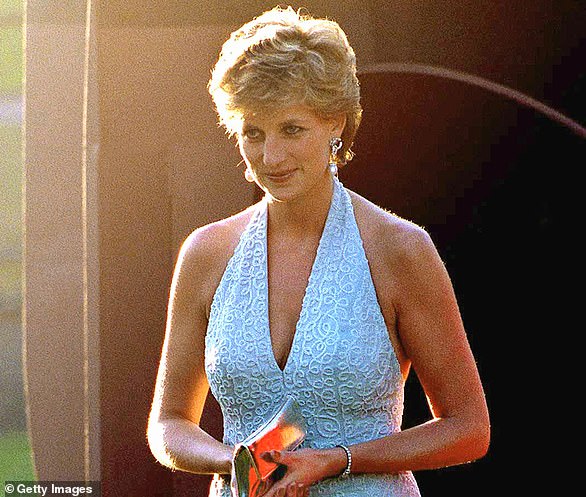 Princes William and Harry have drastically scaled back next week’s unveiling of the statue of Princess Diana, the Daily Mail can reveal (pictured: the Princess of Wales arriving at the Serpentine Gallery in London in June 1995) 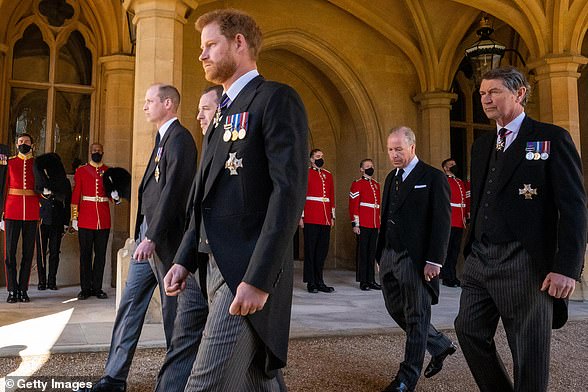 The brothers (pictured at Prince Philip’s funeral in April this year) were due to put aside their bitter rift to host an elaborate ceremony on July 1 at Kensington Palace. Instead they will preside over a significantly reduced gathering featuring just a handful of guest

It is a bitter disappointment for many in Diana’s circle who had hoped their presence would help bring about a reconciliation between William and his brother. They have been barely on speaking terms since Harry and Meghan quit royal life for California. Whether this makes a rapprochement that much easier remains to be seen.

The pair have privately told friends that they will do their utmost to ensure their differences do not distract from what they hope will be a moving celebration to recognise their mother’s ‘positive impact’.

Ever since they announced plans for the statue it has been bedevilled by problems. Originally it was hoped to be unveiled in 2017.

But there were delays over the design and, according to insiders, differences of opinion over what period in Diana’s life the statue should represent.

Such divisions led the committee set up after her death in 1997 in order to find a suitable way to celebrate her life to conclude that a statue would be wrong.

At the time, her family expressed reservations that no sculptor had ever properly ‘caught’ Diana. There were also real fears that a statue would become a shrine. 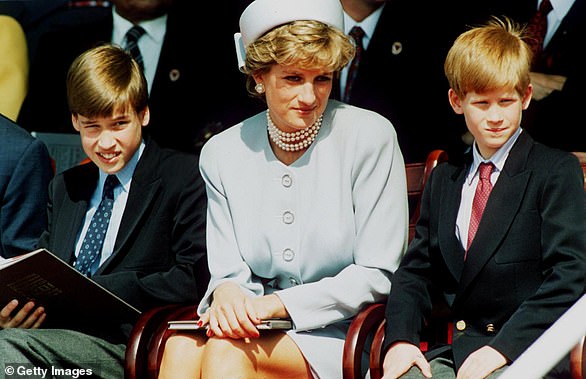 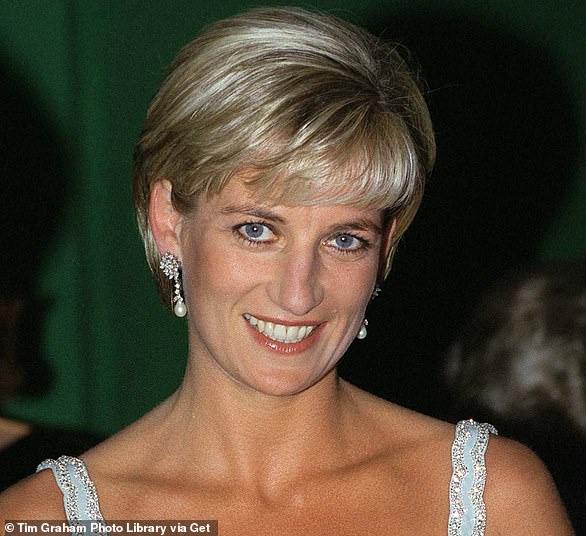 Guests have been told that next Thursday’s large ceremony has been scrapped and that a new date will be fixed for September (pictured: Diana at a private viewing and reception at Christies in aid of the Aids Crisis Trust and the Royal Marsden Hospital Cancer Fund)

Those fears have not subsided but with the passing years, William and Harry felt the time was right for a life-size figure. They sought private donations to fund the statue, which has been created by artist Ian Rank-Broadley, whose portrait of the Queen appears on all British coins.

The statue was finished in 2018, but Harry and Meghan’s wedding and Megxit delayed the unveiling.

Donors including Elton John and David Furnish will now be invited to September’s party along with other friends and family – but there is no guarantee Harry will be there.

So while many watching on Thursday will be keen to see how the artist has imagined Diana, many more will be searching for any sign that the warring brothers can settle their differences.

Brock Collection Created an Exclusive Bridal Capsule for Over the Moon