When Prince Philip, Queen Elizabeth’s beloved husband, passed away last year, his funeral services were altered because of the ongoing COVID-19 pandemic. Nearly a year later, a Service of Thanksgiving for the life of Prince Philip will be held at Westminster Abbey. The British royal family, and other European royals, will gather to remember the Duke of Edinburgh.

According to Buckingham Palace, Queen Elizabeth has “been actively involved in the plans” Prince Philip’s Service of Thanksgiving, “with many elements reflecting Her Majesty’s wishes.”

Per Buckingham Palace, “The Service will give thanks for The Duke of Edinburgh’s dedication to family, Nation and Commonwealth and recognise the importance of his legacy in creating opportunities for young people, promoting environmental stewardship and conservation, and supporting the Armed Forces.”

In addition, Buckingham Palace says, “The Service will in particular pay tribute to The Duke of Edinburgh’s contribution to public life and steadfast support for the over 700 charitable organisations with which His Royal Highness was associated throughout his life. The Duke of Edinburgh’s Award, founded by His Royal Highness in 1956, will feature prominently in the Service.”

Here’s the order of events at Prince Philip’s memorial service:

Flowers at the memorial service:

Per Buckingham Palace, flowers at Prince Philip’s memorial service will be in shades of red, white and blue. 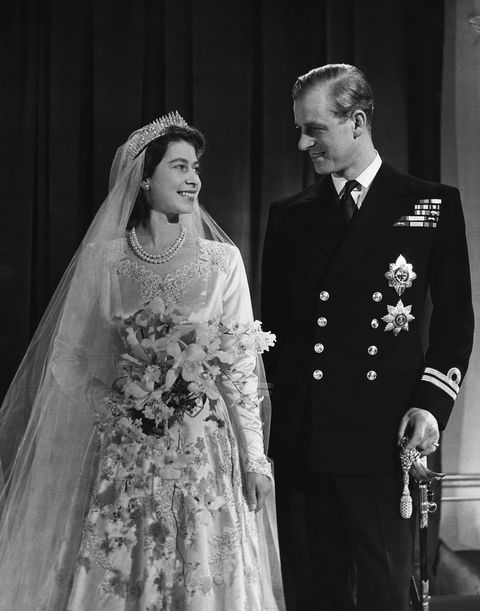 As Buckingham Palace explains, “Orchids featured in The Queen’s wedding bouquet in 1947, and sea holly echoes the Duke of Edinburgh’s career in the Navy, and lifelong affection for the sea.”