By Stephanie Linning For Mailonline

She is a society belle known for her ultra-feminine, polished style.

But Lady Kitty Spencer, 31, showcases a rather more punk rock look in her latest modelling campaign.

Princess Diana’s niece sports a choppy blonde bob with a tousled fringe in an advert for D&G eyewear. 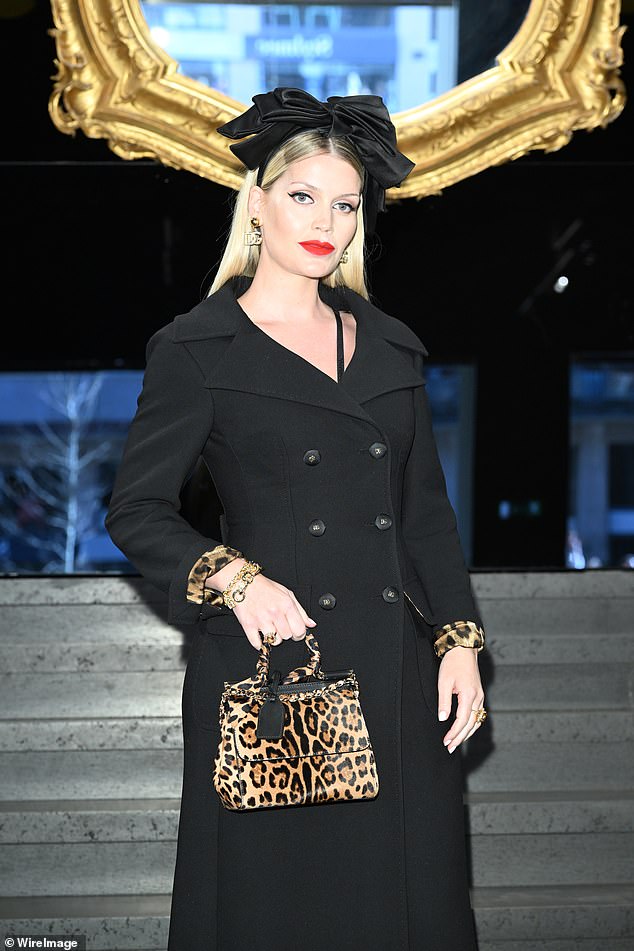 Polished perfection: The cool girl look is a departure for Lady Kitty, who typically steps out in hyper-feminine silhouettes with her long blonde locks neatly styled

The socialite, who recently celebrated her first wedding anniversary to husband Michael Lewis, 63, shared the snap on her Instagram yesterday alongside a second black-and-white image.

The 80s-inspired aesthetic proved a hit with followers, with one writing: ‘We love your hairstyle.’

A second posted: ‘I love this look.’

Lady Kitty is a global ambassador for Italian fashion house Dolce & Gabbana and has featured in a number of campaigns.

She has also walked the runway for the label and turned to the designers to create her lavish wedding wardrobe. 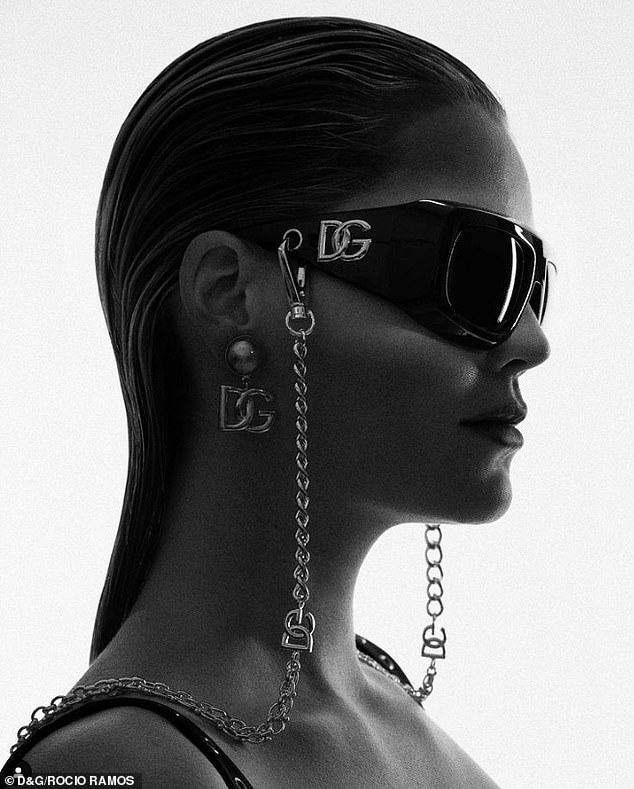 Cover girl: The socialite shared the snap on her Instagram yesterday alongside a second black-and-white image, pictured

Lady Kitty and Michael Lewis went public with their relationship in 2019 and were first seen on a stroll together in New York City.

Unlike his blue-blooded model wife, fashion tycoon Mr Lewis prefers to stay out of the public eye and off social media.

The father-of-three, who is five years older than Lady Kitty’s father, proposed to the society model shortly before Christmas 2019. 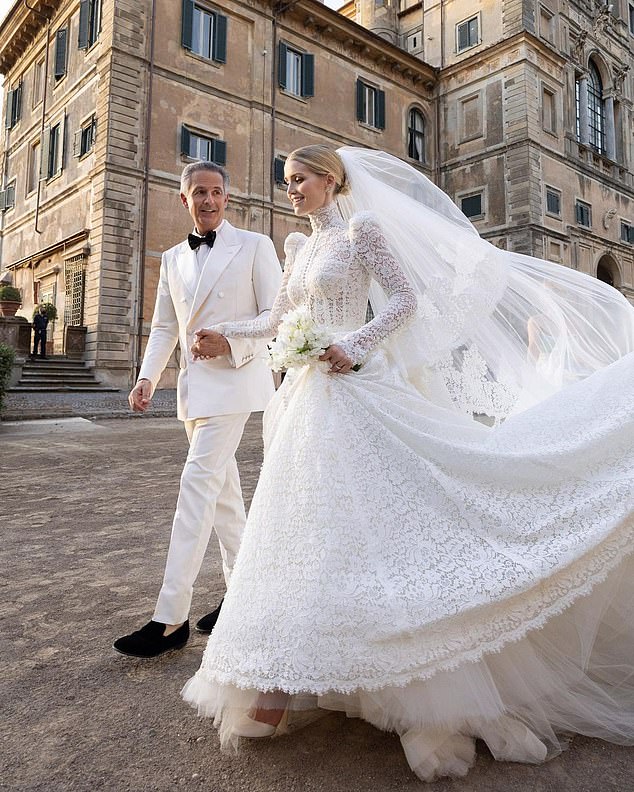 Happily ever after: Princess Diana’s niece wore D&G when she wed fashion tycoon Michael, pictured at a 17th century castle in Rome on July 24, 2021 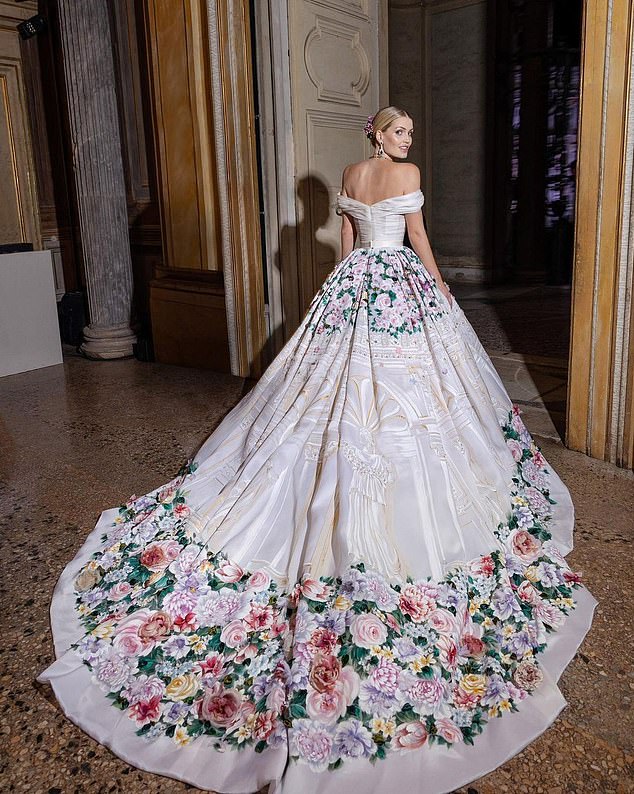 Princess dress for the party: Lady Kitty changed into this beautiful dress hand painted with flowers and crystals on the Saturday night 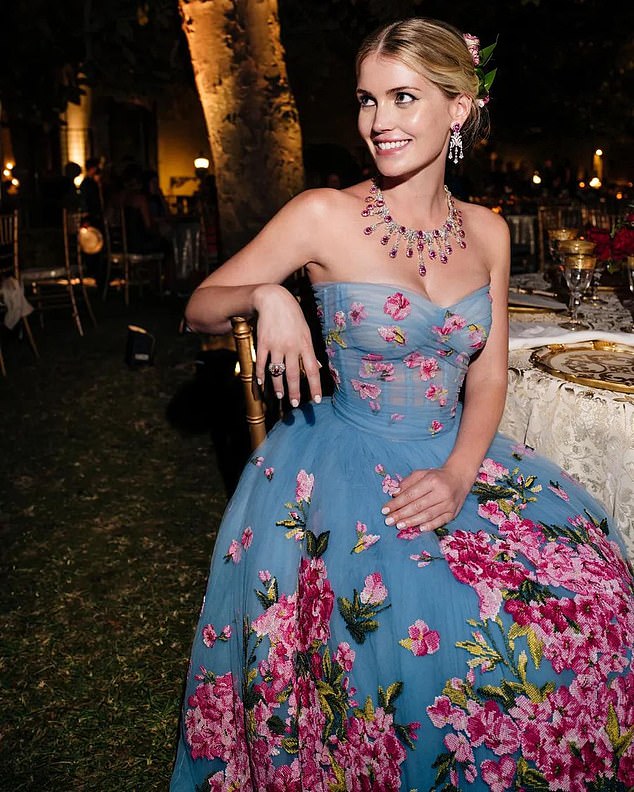 Fit for a princess! The night before the wedding, Kitty wore a baby-blue tulle gown and cape embroidered with cross-stitched flowers also made for her by Dolce & Gabbana

When it came to her dress for the big day, it seems she had only one thought in mind. Domenico Dolce later said: ‘She told us she had thought of us immediately, and we were very happy with that!’

The designers said they had only four fittings to get it right. ‘They’ve been beautiful and emotional moments,’ said Dolce. ‘One of the inspirations is definitely her love for Italy. Kitty is in love with our beautiful country and its rich history, art and culture.’

Stefano Gabbana said: ‘But she is also a girl who is very attached to her origins, to England; to her heritage of the great Victorian era. And like all the English people, she has a great passion for all kinds of flowers.’