Prince Charles’ first wife Princess Diana paired her Elizabeth and David Emanuel wedding dress with a family tiara, instead of borrowing one from the Queen – see why.

Princess Diana‘s royal wedding outfit is remembered as one of the most iconic bridal looks of all time, but there was one part of her ensemble that didn’t follow royal tradition – her tiara.

LOOK: Most impressive royal wedding tiaras of all time: From Kate Middleton to Sarah Ferguson

In 1981, Prince Charles’ first wife walked down the aisle at St Paul’s Cathedral wearing a stunning ivory silk taffeta gown with puffed shoulders, a fitted waist and a billowing skirt designed by Elizabeth and David Emanuel. To finish off her outfit, Diana wore her blonde hair in a soft blowdry and secured her 140-metre tulle veil in place with a diamond-encrusted tiara, which was surprisingly not from the royal collection.

Instead, the late Princess of Wales chose a piece from her own family’s treasure trove – the century-old Spencer Tiara worn by her mother Frances and sisters Sarah and Jane on their own wedding days, which was likely picked for its sentimental meaning. It featured a central heart-shaped motif set with diamonds flanked by running scrolls, interspersed with star and trumpet-shaped flowers.

READ: Why Kate Middleton’s iconic engagement ring was not given to Meghan Markle 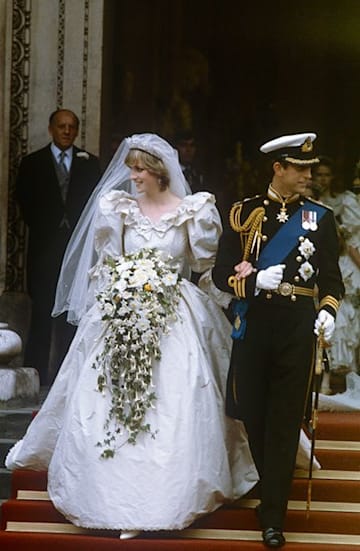 Diana accessorised her bridal outfit with her family tiara

This likely came as a surprise to fans, since almost all other royal brides have either borrowed an accessory from the royal family or been given one as a wedding gift. For example, the young Princess Elizabeth loaned her own wedding tiara, the Queen Mary’s Fringe Tiara which she wore for her 1947 nuptials, to her daughter Princess Anne when she married Mark Phillips in 1973, and more recently to Princess Beatrice, who tied the knot with Edoardo Mapelli Mozzi in 2020. 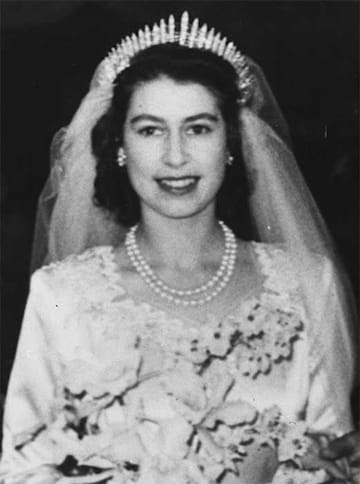 Princess Margaret appears to be the only other rule-breaking royal who chose an unusual headpiece like Diana. When she married Anthony Armstrong-Jones in 1960, the Queen’s sister rocked the Poltimore Tiara, made by Garrard in the 1870s, which she had bought at an auction the year before her wedding.

The Spencer Tiara, which reportedly gave Diana a headache on the day of her nuptials, according to her brother Charles Spencer, is now on display as part of the UK’s largest exhibition of tiaras in 20 years.

Earl Spencer loaned the family heirloom to Sotheby’s for the Platinum Jubilee celebrations, where it is being excited for the first time in London since the 1960s alongside other glittering royal and aristocratic treasures.