Queen Consort Camilla has paid tribute to Queen Elizabeth II in a moving pre-recorded speech, broadcast on the BBC on Sunday evening.

SEE: Who will attend the Queen’s funeral – confirmed list of names

The 75-year-old wife of King Charles III‘s words were aired just before a national two-minute silence, scheduled at 8pm on the eve of the late monarch’s funeral. Camilla recalled how the Queen put her at ease on her 9 April 2005 wedding day to Charles, revealing her mother-in-law’s sharp sense of humour saw her through an embarrassing shoe mishap.

She said: “I remember coming from here, Clarence House, go to Windsor the day I got married when I probably wasn’t firing on all cylinders [and was] quite nervous.

“For some unknown reason, I put on a pair of shoes and one had an inch heel and one had a two-inch heel. Talk about hop-a-long! There’s nothing I could do. I was halfway down in the car before I realised and she could see and laughed about it and said, ‘Look, I’m terribly sorry.’ She had a good sense of humour.”

A day before the speech was broadcast, a snippet of Camilla’s kind words about her late mother-in-law was released. 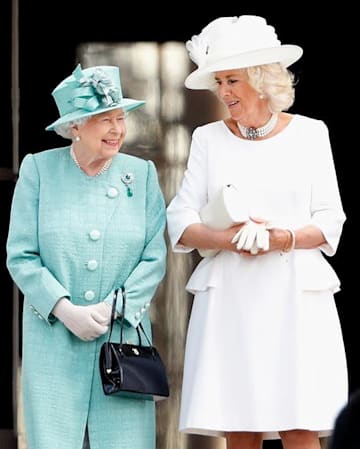 The Queen Consort said: “She’s got those wonderful blue eyes, that when she smiles they light up her whole face. I will always remember her smile. That smile is unforgettable.”

She also spoke about how the Queen forged her own path in what was a male-dominated world at the time.

“She’s been part of our lives forever,” she explained. “I’m 75 now and I can’t remember anyone except the Queen being there. 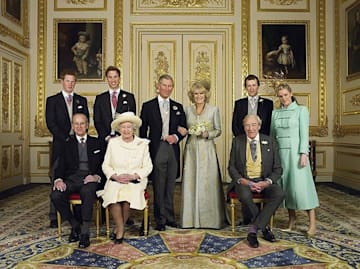 “It must have been so difficult for her being a solitary woman. There weren’t women prime ministers or presidents. She was the only one so I think she carved her own role.”

Before her Platinum Jubilee, the Queen endorsed the then-Duchess of Cornwall to be known as Queen Consort when the time came, branding it her “sincere wish”.

She called upon the public to back both her daughter-in-law and Charles when he eventually became King.

Make sure you never miss a ROYAL story! Sign up to our newsletter to get all of our celebrity and royal news delivered directly to your inbox.