To mark ‘Freedom Day’ on Monday (19 July), handwash and sanitiser brand Carex sponsored a successful attempt to undertake the most high and low fives by a pair in a single skydiving jump – winning it a Guinness World Records title. Expert skydivers Emily Aucutt and Josh Carratt managed 32 high and lows fives within the 63.3-second freefall. Carex is urging the public to keep sanitising as part of their daily routine.

Transport for London, ‘Welcome Back London’

TfL marked the lifting of many of the Government’s pandemic restrictions by reworking its instantly recognisable signs to welcome travellers back to the network. Launched on Monday, ‘Welcome back. Tube it. Bus it. Train it’ Is VCCP’s latest integrated campaign for TfL. It encourages the public to go out again – whether by Tube, bus, train, tram, riverboat or Emirates Airline cable car – and take part in the activities and visit the destinations they may have missed while the restrictions were in force.

A coalition of charities, unions, public health and clinical organisations launched an emergency campaign to counter confusion over ‘Freedom Day’. It urges people to continue following COVID-19 safety precautions, despite restrictions being lifted in England by the Government on Monday. The coalition is led by the NHS Confederation, which launched its #NotTooMuchToMask campaign after medical experts warned that the continued threat of COVID-19 means that people should stick to the previous rules. 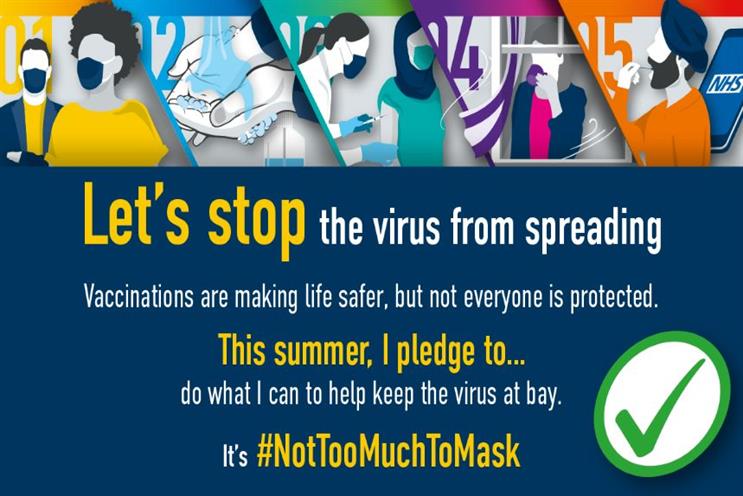 A wedding dress made of 1,500 upcycled PPE masks was the focus of this campaign by W for Hitched, the online wedding platform. It was timed to mark the easing of most coronavirus restrictions in England on Monday, including limits on the number of guests at weddings. It received more than 50 pieces of coverage.

Client @hitchedcouk wanted to make a splash on Freedom Day

AliExpress, the online retail marketplace that is part of Alibaba Group, has launched a campaign called ‘One Flag’ that aims to unite fans and athletes virtually during the Tokyo Olympics. Fans can upload a photo of themselves cheering to the One Flag website. Each submitted photo will generate a digital ‘thread’, which will be used to compose a colourful virtual flag on the website. Fans will also receive a virtual certificate to share on social media. The digital flag will be updated in real-time on the site as fans submit photos throughout the games. 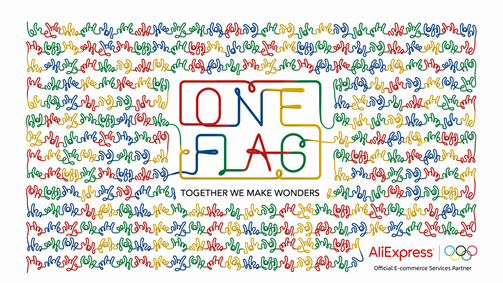 Vodafone has conducted the world’s first live remote shirt-signing, connecting rugby fans in the UK with Lions players in South Africa. Using a robot, motion-control technology, and Vodafone’s 5G network, Lions players signed jerseys live for fans in the UK from over 8,000 miles away. As the player made contact on a tablet with a stylus in South Africa, a robot arm in London mirrored their hand movements, enabling them to write directly onto the fan’s jersey in real-time, while talking on a video call.

Jaguar Racing driver Sam Bird and the RAF Falcons parachute display team took to the track and air for a special film to mark the start of the Formula E World Championship, which begins this weekend. As part of the activity during race week, a bespoke Jaguar Racing helmet AR filter has been launched on Instagram.

Professional services firm Genpact aimed to focus minds on climate change with a 24-hour fundraising campaign in London. Ahead of this weekend’s Formula E London E-Prix, a three-tonne ice replica of an Envision Virgin Racing Formula E car – made using recycled rainwater – was installed in Potters Field Park, by Tower Bridge. People were invited to predict the percentage of total ice melt over 24 hours. For every entry, Genpact said it would donate $1 to the Arctic Ice Project, which aims to slow climate change by restoring ice in the Arctic, with the aim of raising a total of $10,000.

Apple brand Pink Lady has transformed a public basketball court in Islington, north London, into a work of art, which will be opened for public use this month. The collaboration with Project in the Paint and artist Coco Lom is part of the brand’s ‘Feel the wow’ campaign to create feel-good moments. Pink Lady is holding sessions for the local community, led by an unnamed English basketball champion. The brand has pledged to donate 100,000 apples across the UK through its partnership with anti-hunger and food waste charity FareShare. 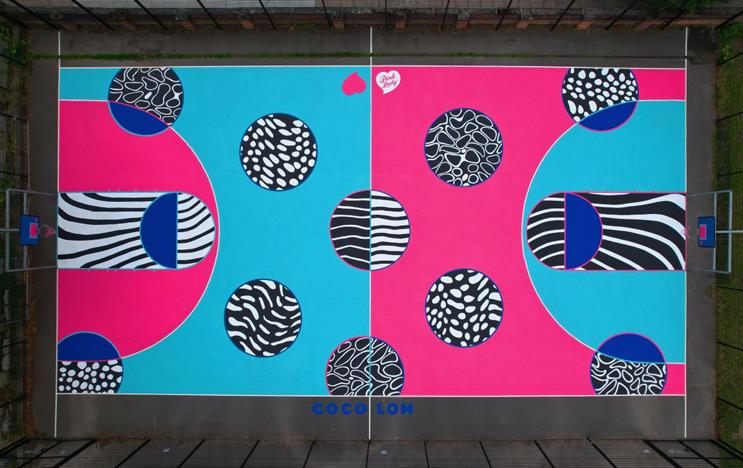 Airbnb is offering sporting fans 200 ways to experience the Olympic and Paralympic Games through a range of online and in-person experiences. Athletes and famous faces from more than 50 sports and 30 countries, including refugee athletes, will be taking bookings from the public. Guests will be able to virtually meet athletes including Team GB skateboarder Sky Brown, Team GB triathlete Jonny Brownlee, Team GB swimmer Alice Dearing before and after they compete at Tokyo 2020. Two-time Olympic gold medallist and US hall of famer Scottie Pippen (pictured below) has used an Airbnb listing to offer one-night stays on four dates in August, for up to four basketball fans at a time, at his Chicago home – complete with outdoor pool and TV so they can watch the basketball at the games – priced at $92 a night. 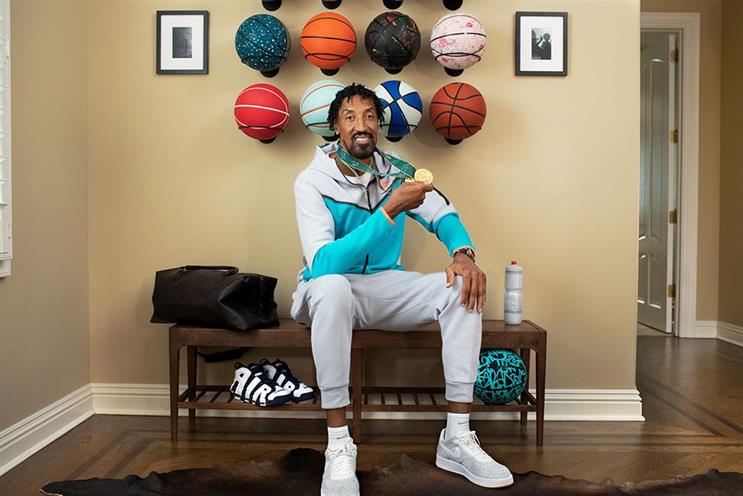 A new film for liqueur brand Campari is billed as the first short film that uses artificial intelligence. Called Fellini Forward, the aim is to bring to life the work of the late, pioneering film director Federico Fellini. The short film features original members of Fellini’s crew alongside documentary director duo ZCDC.

Rum brand The Kraken has partnered marine conservation charity Padi Aware Foundation to create an ice cream that raises awareness of the impact litter has on the seas around the UK. The Kraken-infused ice cream is served with lime- and ginger-flavoured, 3D-printed, edible toppings representing pollututants. It is designed to look as if it has been dipped into a contaminated sea, with toppings including ‘plastic bags’, ‘milk cartons’, ‘aluminium cans’, ‘plastic ring-pulls’, ‘plastic bottles’ and ‘single-use cutlery’. With more people opting to take holidays at Britain’s seaside destinations, Kraken was keen to raise additional support for Padi Aware Foundation. All proceeds from a £1 scoop of the ice cream and an equally matched donation will go to the charity. 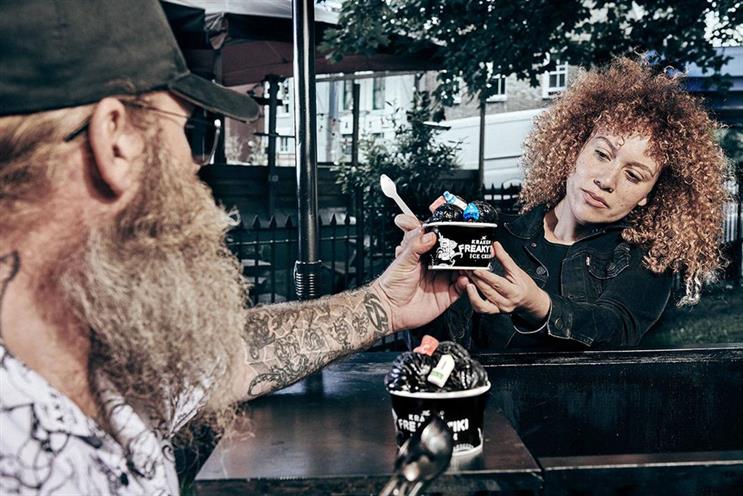 Paint brand Dulux is marking 90 years of its existence with a glossy, coffee table book that charts the evolution of domestic interior design over the decades. All proceeds from the sale of Dulux 90 will go directly to three chosen charities: The Outward Bound Trust, Rainy Day Trust and Old English Sheepdog Rescue & Welfare. The book also features the history of the famous ‘Dulux dog’. Seven years after its last brand refresh, Visa has a new identity. ‘Meet Visa’ is a nod to the company’s evolution from a cards issuer to a financial-services and tech platform. Developed by Visa’s global creative agency of record, Wieden & Kennedy, the refresh features a short film directed by Malik Hassan Sayeed, which invites the world to meet a network working for everyone.