Seven months after Caroline Stanbury and Sergio Carrallo officially tied the knot, their lavish wedding has finally been seen on The Real Housewives of Dubai!

Caroline reveals to PEOPLE that she was never on the fence as to whether she should invite her five costars to her on Dec. 18, 2021 nuptials — but she does admit she had some nerves about the consequences of that decision.

“I invited everyone out of what was the correct thing to do, but I had total anxiety about doing it,” the former Ladies of London star, 46, tells PEOPLE in an exclusive interview from her home in the United Arab Emirates. “Because honestly, their behavior up until then had not proven to me that they could be at an event and hold it together.”

“I didn’t really want them to meet my friends and family, to be honest,” Caroline reveals of Lesa and Nina. “Caroline [Brooks, I] was fine with, but she did the right thing. I was sort of grateful for that because I just didn’t want anything to go wrong, to be honest. So, I got the best of the bunch.” 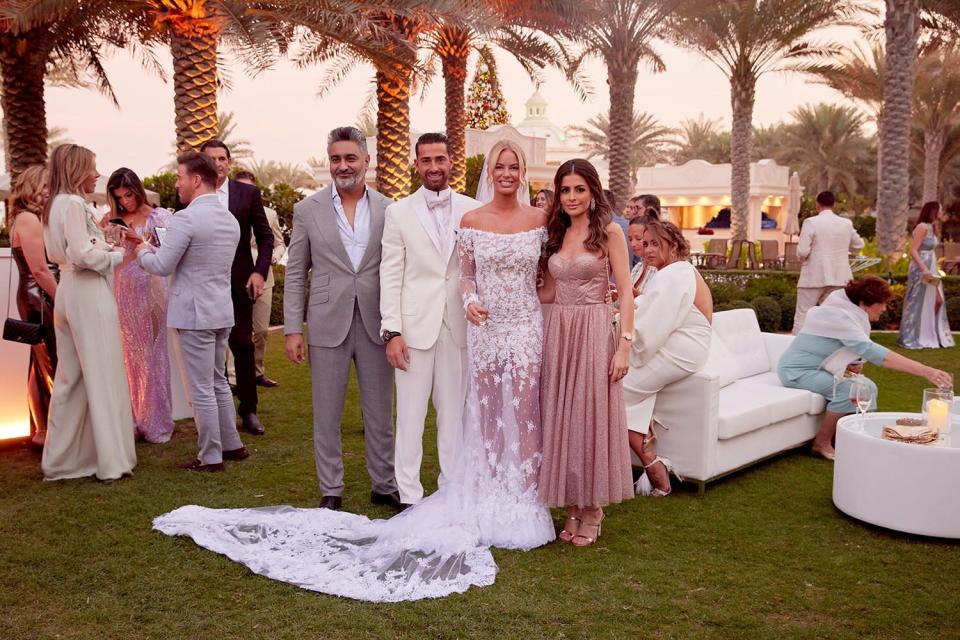 THE REAL HOUSEWIVES OF DUBAI

Although several of their guests and vendors canceled due to COVID, the bride knew she had to carry on with the special day (her second after her 2014 wedding to Cem Habib, whom she divorced in 2019).

The Divorced Not Dead podcast host chose two dresses to accompany the “perfect” white-themed night that was put together by her planners Rima Dardenne and Tasneem Alibhai Weddings and Special Occasions.

“It was— I can’t really explain it,” says Caroline. “It was really, really cool. We just had so much fun. No drama. There was so much love in the room, and it was so us. It was so different. It was so free.” 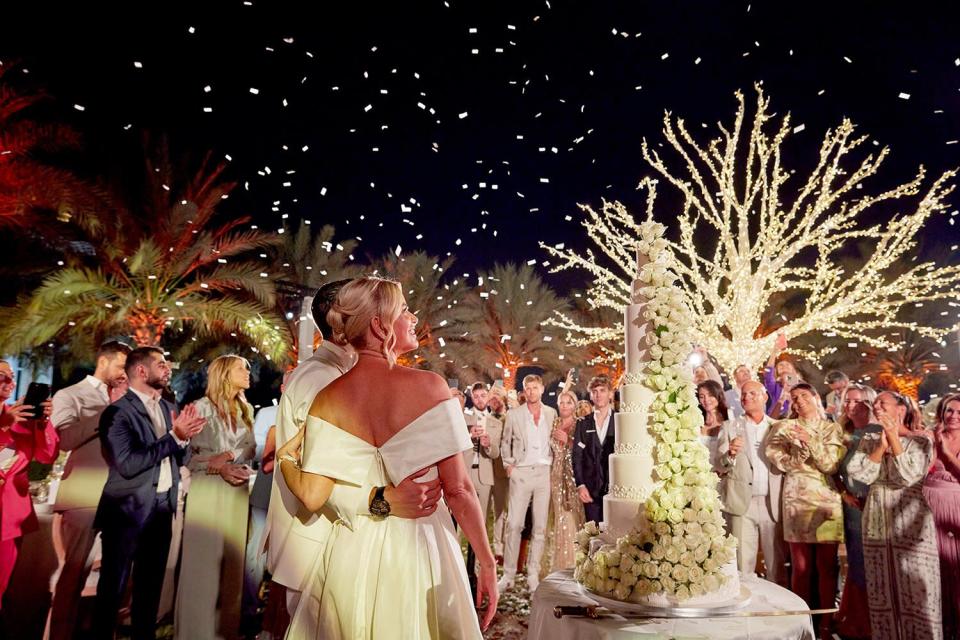 THE REAL HOUSEWIVES OF DUBAI

Her 27-year-old groom was so emotional that he was brought to tears multiple times.

“Caroline is— I always picture kind of like my wife just coming like that with the dress, like beautiful blonde,” the former soccer player tells PEOPLE. “It was just so typical that you have that goal when you are little, like that woman that you want to marry. So it was very special.”

Now that the wedding is over, the newlyweds hope to move into their new home that viewers have seen under construction on the show, just in time for the holidays and their one-year anniversary.

“We’ve given up our apartments, so we better bloody be in!” Caroline jokes.

Admitting things feel the exact same before tying the knot, the couple shares they’re still in total bliss from the special day they shared with the friends and family who were able to support them.

“It’s exactly the same,” adds Caroline, who shares the couple is planning to leave soon on a honeymoon to Indonesia. “Sergio’s very, very family-oriented. That’s the most important thing to him.”

Never miss a story — sign up for PEOPLE’s free daily newsletter to stay up-to-date on the best of what PEOPLE has to offer, from juicy celebrity news to compelling human interest stories.

The Real Housewives of Dubai airs Wednesdays at 9 p.m. ET on Bravo.