By Christine Rendon For Dailymail.com

Riverdale star Cole Sprouse has given fans an intimate look at the wedding of his co-star Casey Cott.

Casey, 29, tied the knot with Nichola Basara at the Four Seasons in Whistler, Canada, last month, and Cole shared a glimpse of the festivities to his Instagram account on Tuesday.

In the candid photos, Cole, 29, could be seen sitting next to fellow Riverdale star Mark Consuelos, the two looking handsome in tuxedos.

Cole was looking sharp with his curly hair falling slightly out of place as he flashed a steely expression towards the camera.

Subsequent photos captured the newlyweds cutting their wedding cake as guests watched on in delight.

Casey’s bride, F45 Training studio manager Nichola, looked resplendent in a white wedding dress with spaghetti straps as she took part in the ritual with her husband.

Casey tenderly placed a hand on her back as they gently cut a slice holding the same knife. 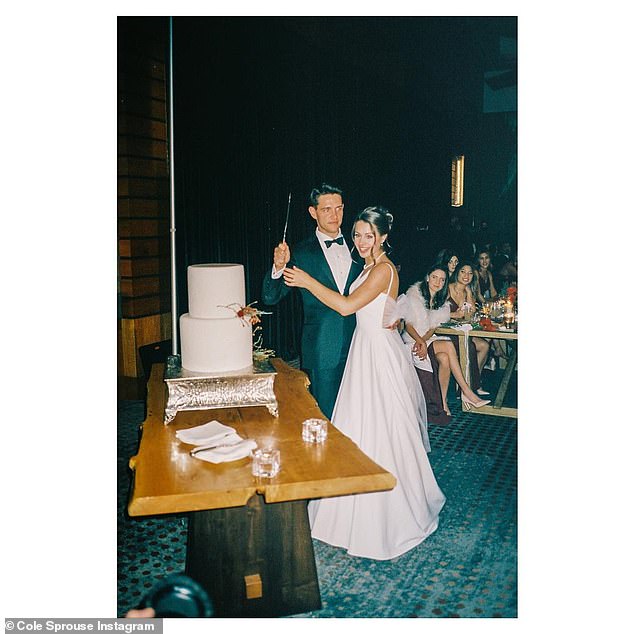 Newlywed bliss! The couple shared a smooch on the dance floor and cut their cake in sweet snaps posted by Cole 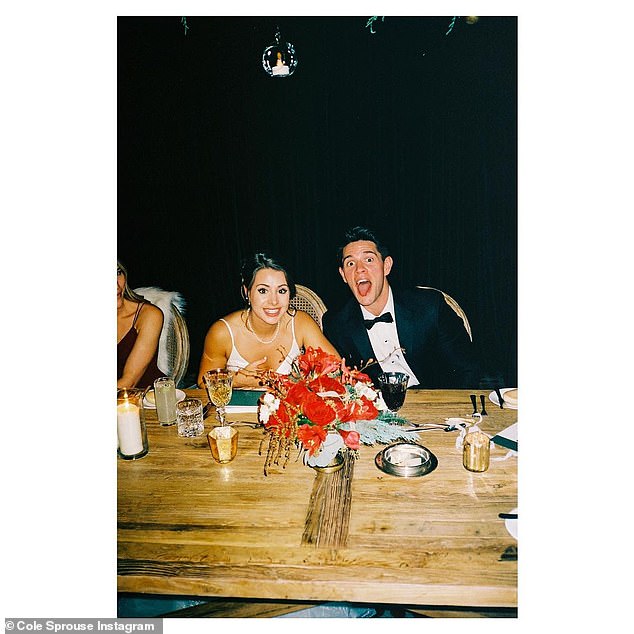 Going to the chapel! The bride and groom celebrated their nuptials at a table decorated with bouquets of red flowers and candles

The post also captured the newlyweds sharing a kiss as they danced before guests during their reception.

The festivities appeared to be holiday-themed, with several ornaments seen hanging in the photo.

Subsequent photos showed guests arriving to the nuptials in a van and bridesmaids sitting patiently with their bouquets in hand. 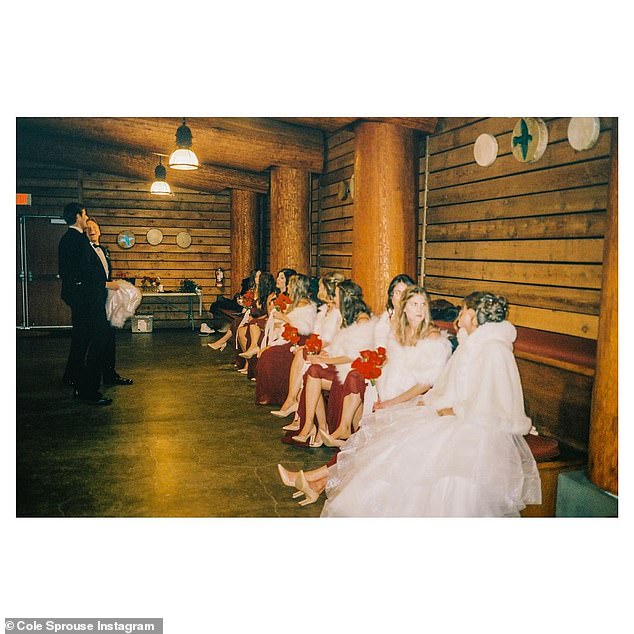 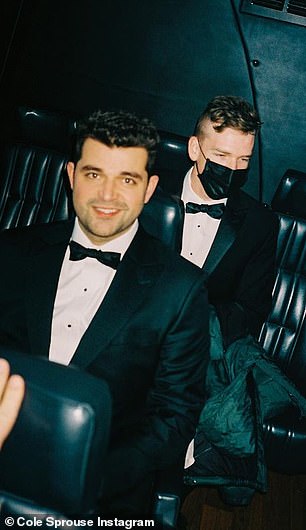 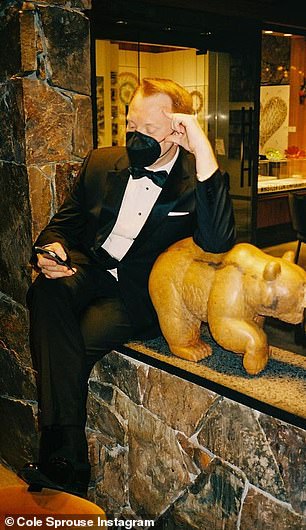 Let’s get this show on the road! Sprouse shared various images of the guest at the wedding

The bride appeared to be sitting at the edge of the bench with a fur coat draped over her shoulders.

A slew of Riverdale stars were invited to the big day.

Casey announced their betrothal last year with a photo of Nichola flashing her sparkling engagement ring.

He captioned the shot with three diamond ring emojis.

Casey has been playing Kevin Keller on Riverdale since 2017. Season six of the CW show will resume March 6. 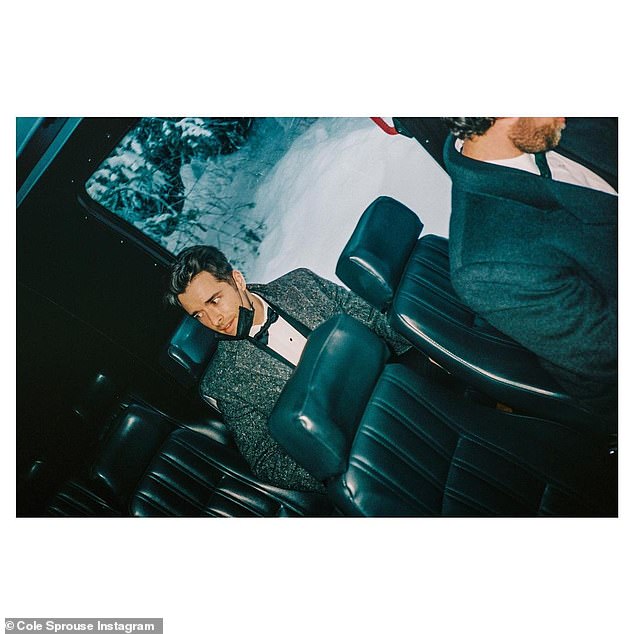 Let’s party! Guests arrived to the celebrations in a van 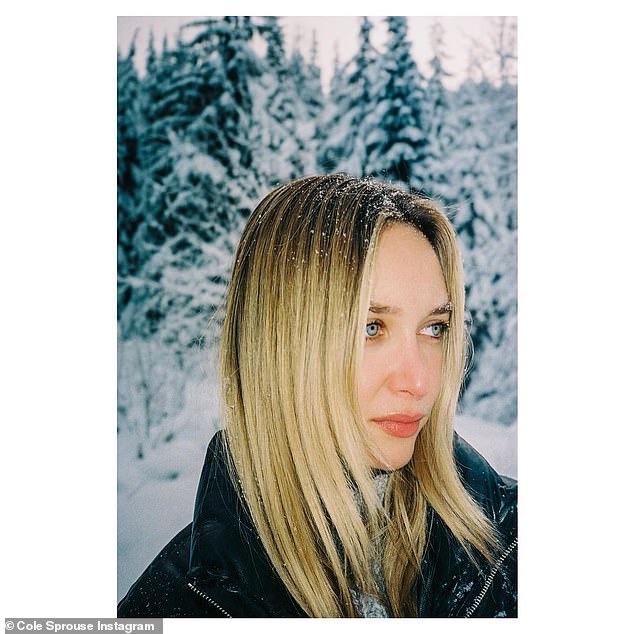 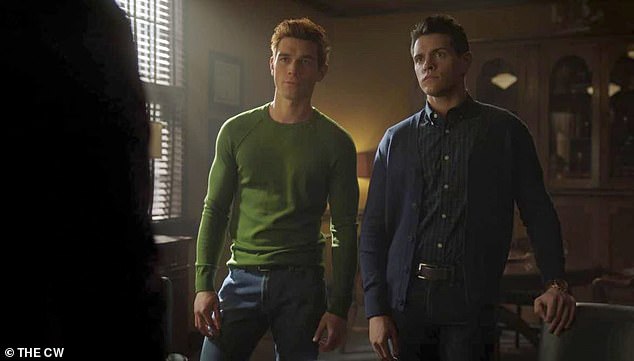 Lights, camera, action: Casey has been playing Kevin Keller on Riverdale since 2017