Getting married is one of the most significant changes that come into our life. It comes with a bundle of emotions. However, the preparatory stages become a bit overwhelming for the bride. Marriage is a roller-coaster ride for a bride. From leaving our parents to exploring different markets for the perfect bridal trousseau, everything related to weddings is a bit tedious for a bride-to-be.

Meanwhile, apart from choosing the right life partner, the next important decision for a bride to make is to find the right lehenga for D-day. And, every bride makes sure to turn their fairy tale dream into a reality without any mistakes. That’s the reason every bride prefers to get dressed in ace designer, Sabyasachi Mukherjee’s outfit. And we came across one such bride who picked a beautiful Sabyasachi lehenga for her big day.

The bride who wore Sabyasachi lehenga 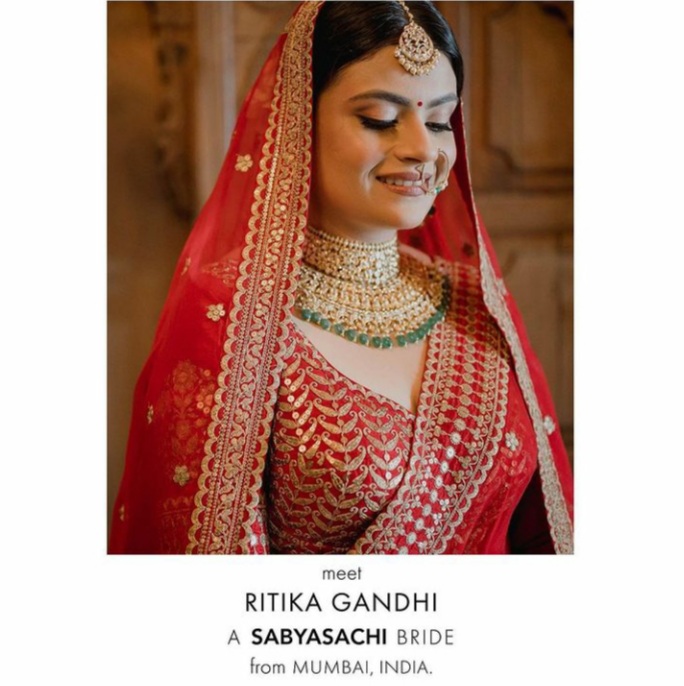 Meet the bride of the week, Ritika Gandhi, who had opted for a sindoor red-coloured lehenga from the shelves of ace designer, Sabyasachi Mukherjee’s heritage collection. Her lehenga had featured golden embroidery work all over it. Additionally, the bottom of her lehenga was accentuated with a beautifully designed border embroidered with gotta pati work. Ritika paired it with V-neck embroidered choli. 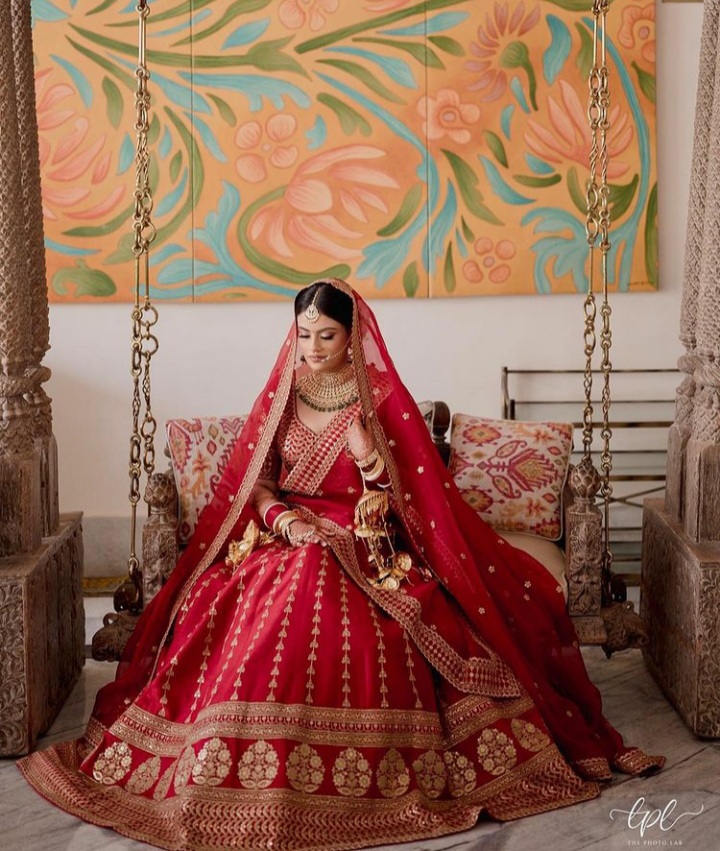 Ritika looked like one of the most beautiful Sabya brides. Her laal shaadi ka joda turns her into the ideal Indian bride. Ritika completed her look with a dual dupatta. Her dupattas featured intricate small golden buti work all over them. Apart from that, it had featured gotta-patti work on its borders with gold embroidery on its hemline. Her dupatta added an oomph factor to her look.

The bride’s choice of jewellery Ritika oozed everyone with her maharani vibe. She had accessorised her look with golden jewellery, which had featured a polki choker necklace, matching pair of earrings, an elegant nath and a simple maang teeka. Ritika had accentuated her look with a small bindi, traditional red-coloured chooda, beautiful haath phool and stunning golden kaleeras.

Next Read: The Bride Exuded ‘Maharani’ Vibes In A Blooming Pink-Coloured Lehenga From Anita Dongre’s Collection Keeping her look minimal yet elegant, Ritika became one of the most prettiest brides. She had opted for subtle and dewy makeup. Her makeup artist, Rhea Nagpal had given her flawless makeup look that completely won us over. The bride had completed her look with a light foundation, well-defined brows,  contoured cheeks, blushed cheekbones, nudish brown lip colour, and kohl-rimmed eyes. For hair, Ritika had opted for a sleek bun decorated with white flowers. 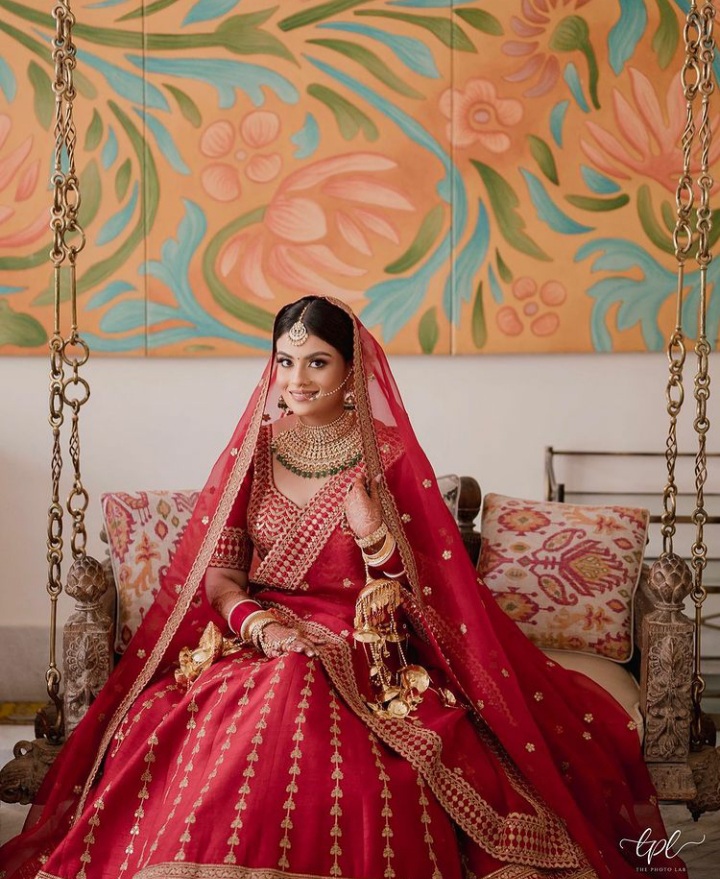 We love how Ritika completed her look in a minimalistic way.