It’s been weeks since Christmas, but one Saskatoon woman is still in awe of a special gift she received over the holidays.

Last June, LeeAnne Benjamin lost her 20-year-old wedding necklace — a thaali, as it’s known in Indian culture — which was gifted to her by her late mother-in-law.

Having dealt with the deaths of her mother-in-law and father just months apart last year, Benjamin said losing her thaali compounded the feelings of grief for her and her husband.

“It was just this symbol of the loss that we were going through,” she explained.

For months, Benjamin and her husband retraced her steps, putting up notes around the city and on social media, garnering help from the community along the way. But they still came up short.

“We kind of gradually accepted the fact that we were not going to get this back,” she said. “I thought, ‘Life goes on. We’re happy, we’re healthy — move on.'”

One November day, her husband connected through a lost and found Facebook group with a woman who had picked up the necklace outside a chiropractic clinic. 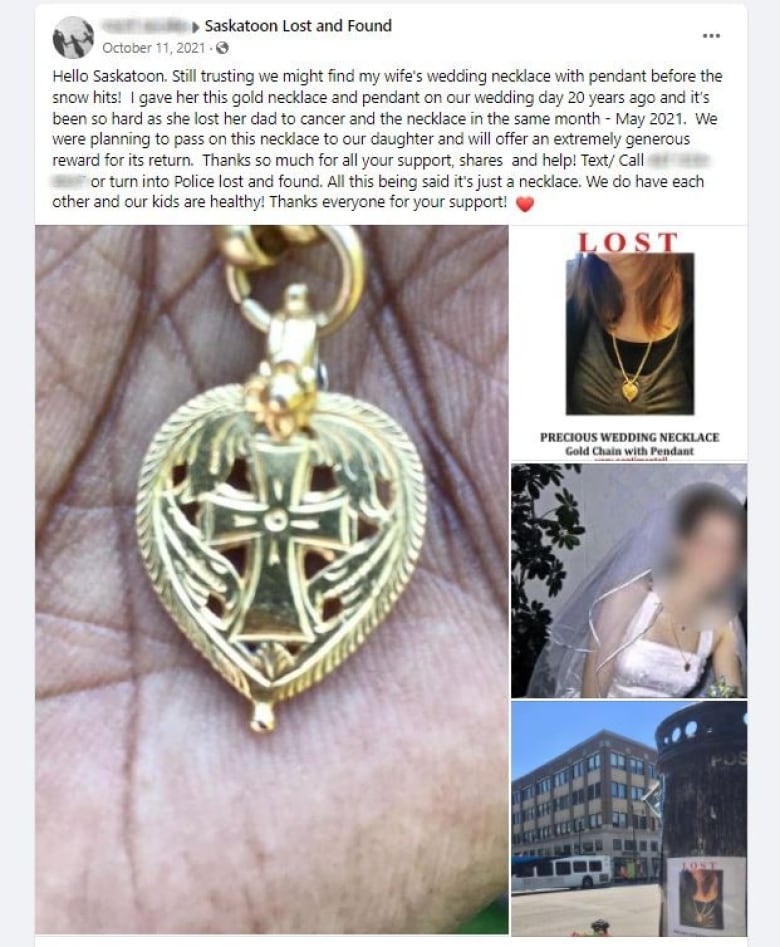 On top of physically searching and putting up posters around Saskatoon, LeeAnne Benjamin’s husband routinely posted on social media, asking people to be on the lookout for his wife’s thaali. Eventually, he was connected with someone who found it. (Saskatoon Lost and Found/Facebook)

They met up and the woman gave back the thaali. Benjamin’s husband promised to return the favour to the single mother with a food and toy hamper for her family — something Benjamin unknowingly helped put together.

Then, at Christmas, she unwrapped her missing necklace.

“I was speechless. I just could not believe it,” Benjamin said, noting it took her about two minutes to form a sentence. 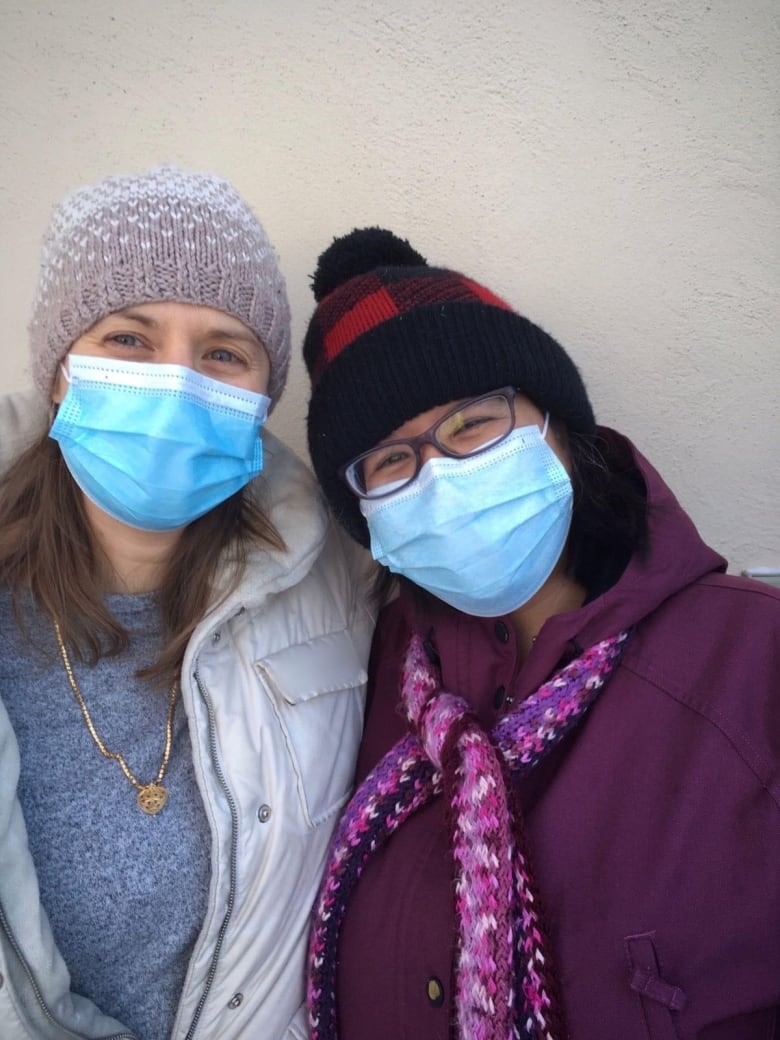 LeeAnne Benjamin, left, said she’s forever grateful to the woman who found her thaali outside a chiropractic clinic and returned it to her. She said it created what she hopes is a lifelong friendship. (Submitted by LeeAnne Benjamin)

At that point, her husband explained what had happened and told her they had a special delivery to make to the woman and her children.

Queen ‘Had Reservations’ About Meghan Markle in White Wedding Dress

House of the Dragon Remixed the Red Wedding