Socialite Kim Lim solemnised her marriage on 22/2/2022, an auspicious date on which hundreds of other couples in Singapore registered to get married.

We reported last week that 30-year-old Kim, daughter of billionaire Peter Lim, was betrothed to her fiancé in a lavish “guo da li” ceremony in which the groom presented gifts to the bride’s family that were worth S$2 million.

Now, the couple have made the nuptials official with their marriage solemnisation.

A patio in Kim Lim’s mansion was turned into a sea of flowers for another jaw-dropping ceremony. Lim shared pictures of the event, which included a traditional tea ceremony. The bride and groom’s marriage was solemnised before a group of family and friends.

Did you spot the tear of joy rolling down Lim’s cheek in this photo? 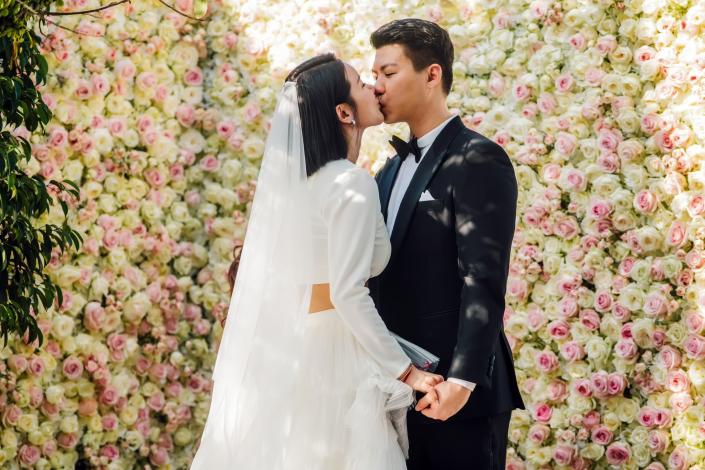 Lim’s wedding was planned by sister companies The Wedding Atelier and The Floral Atelier.

That wall of flowers? It’s covered entirely in pink roses. 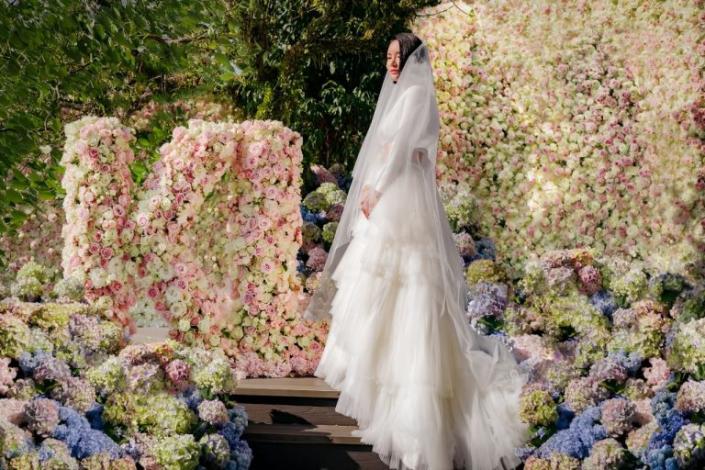 There were also giant letters “K”and “L” covered by roses. Icon magazine reported that these were the first letters of the bride and groom’s names respectively.

Lim has not revealed the identity of her husband so far, despite sharing photographs of him. According to Icon, he is a low-profile 33-year-old IT entrepreneur who built his business from scratch. 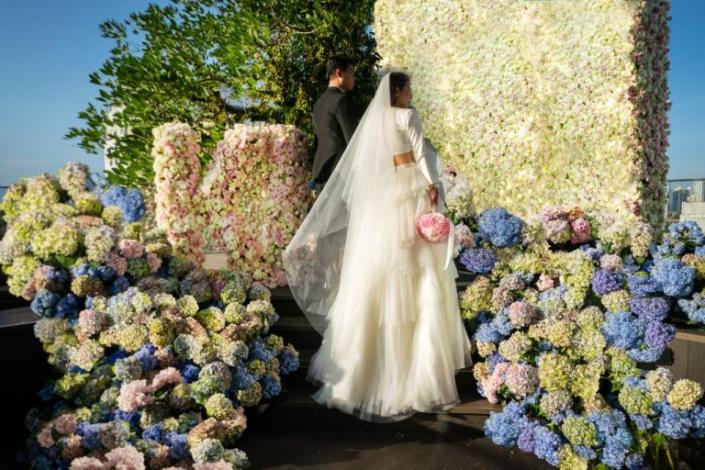 The bride’s wedding gown was an all-white piece by Vera Wang. 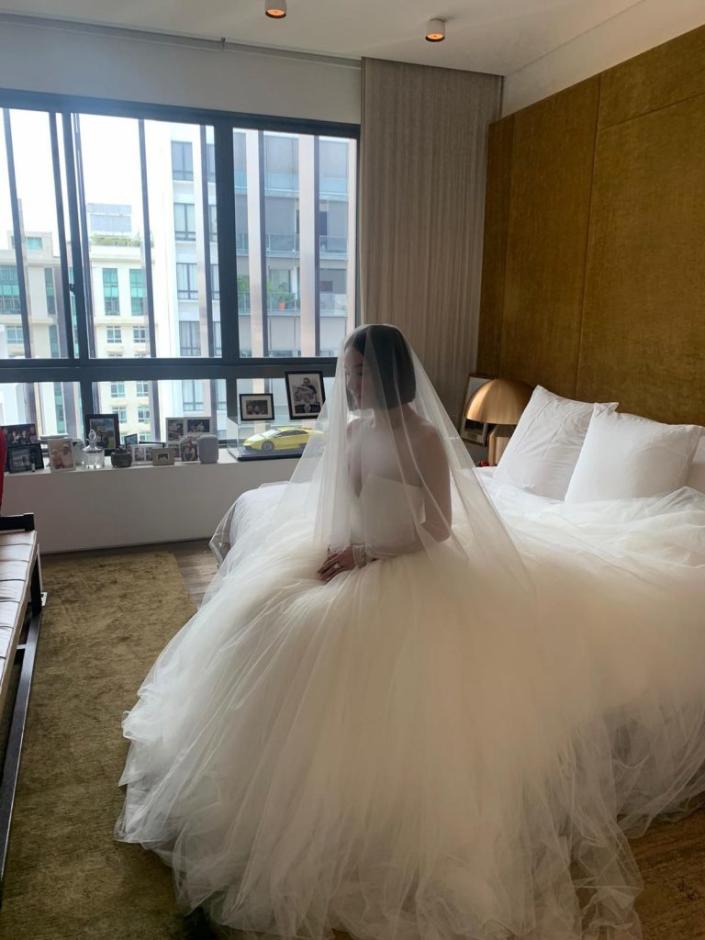 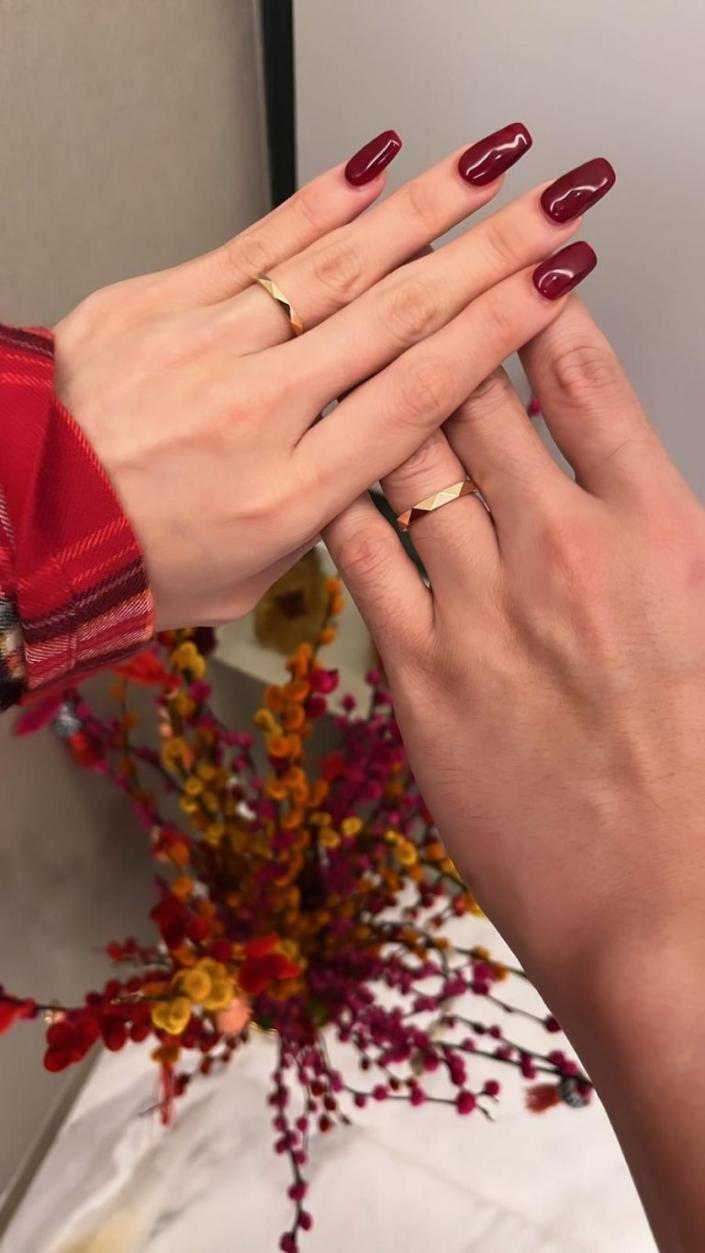 For the tea ceremony, the couple wore elaborate custom-made outfits based on traditional Chinese wedding attire. 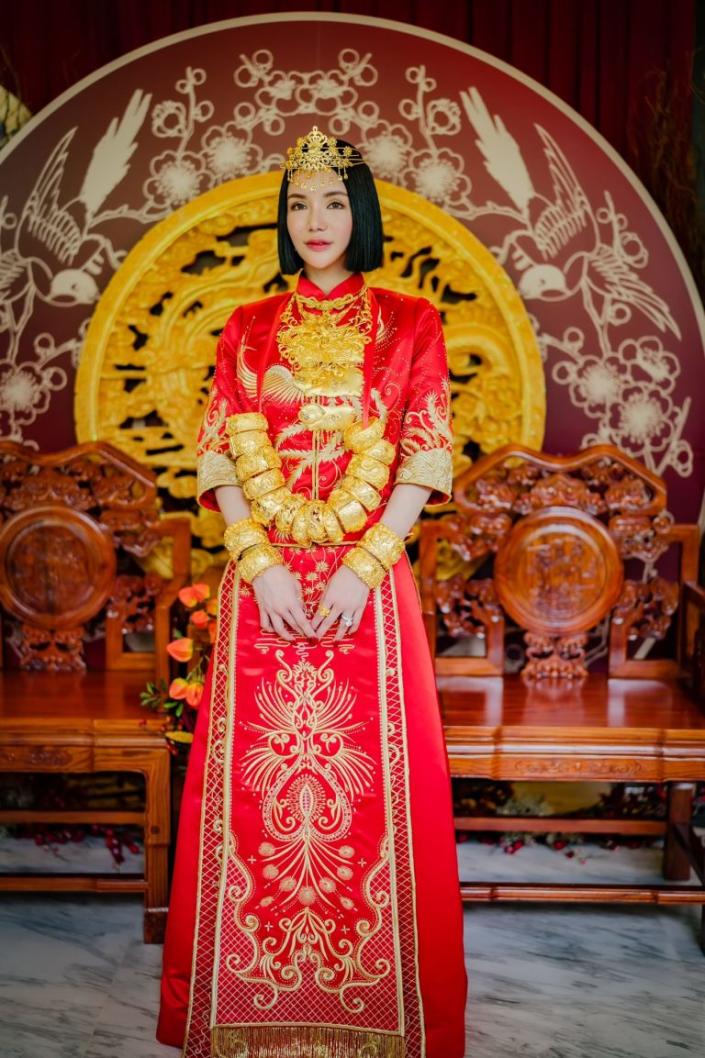 Lim shared a note that her father Peter wrote to her together with the ang pow that he gave her.

The card from Peter Lim said, “Dear Hwee & Leslie, this special note has followed Pa for a very long time and overcame many difficult years. Treasure it. All the best wishes for the future.”

Lim’s Chinese name is Hwee Li, while her husband’s name Leslie was previously not disclosed.

According to Icon, Lim teared up after receiving the ang pow and letter from her father during the tea ceremony. 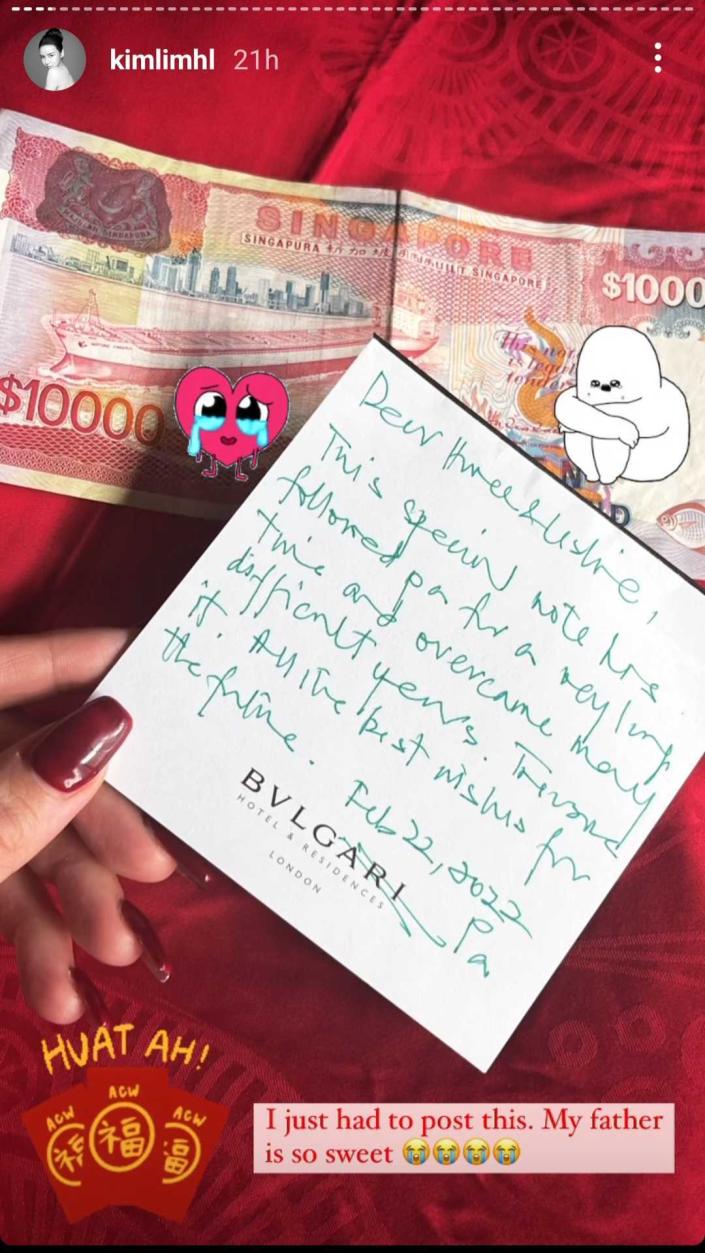 The couple donated the canned products and other food items from last week’s betrothal ceremony to various charities, said Icon.

The flowers from the wedding were later arranged into bouquets and sent to Lee Ah Mooi Old Age Home for the elderly residents’ enjoyment. 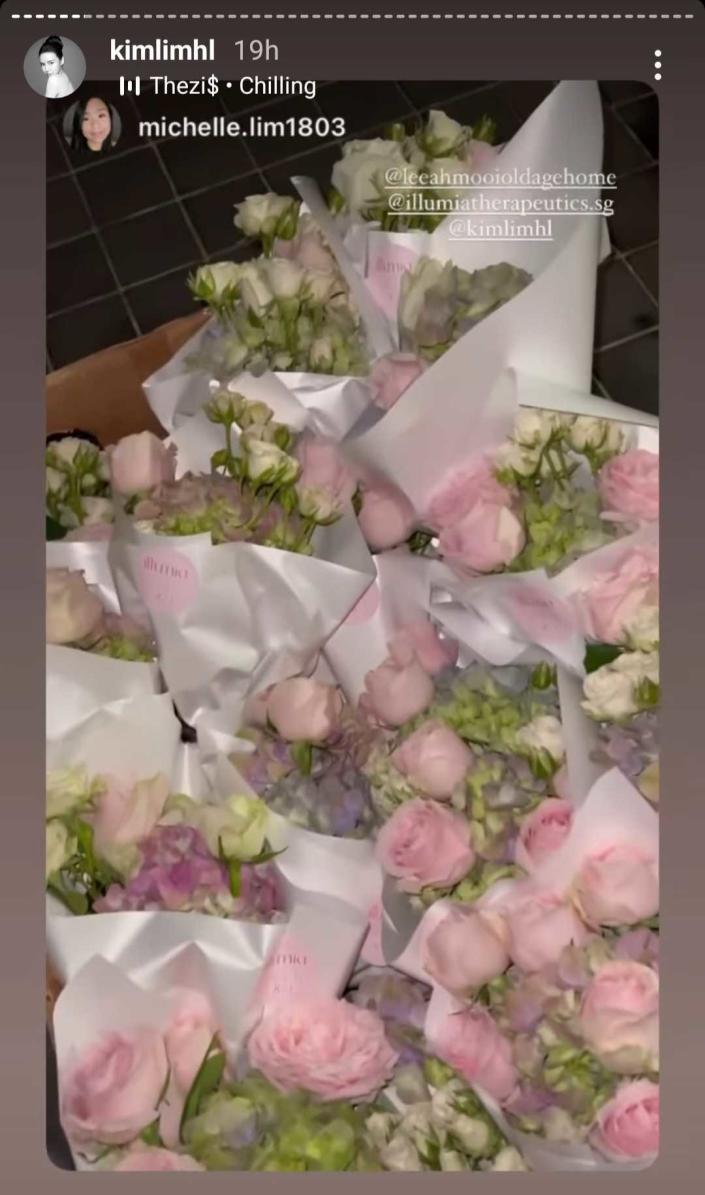 To celebrate their marriage, the couple also delivered 100 bags of rice to Animal Lovers League, which will feed the dogs at the shelter.

This is Kim Lim’s second marriage. She previously married a businessman Kho Bin Kai, but the two divorced in 2020 soon after he was charged for facilitating remote gambling.