Stacey Solomon and Joe Swash’s wedding is right around the corner with the nuptials taking place this month.

The adorable couple is set to tie the knot this month at their beloved Pickle Cottage, with all of their children present.

Their special day was initially postponed due to the pandemic and later after Stacey became pregnant with first daughter Rose, as the parents wanted all their kids to be there to see them walk down the aisle.

But, the time has finally come and the Loose Women panelist, who just celebrated her hen do, is almost ready to exchange vows with her husband-to-be.

Here’s everything we know so far about their big day:

How did Stacey Solomon and Joe Swash meet? 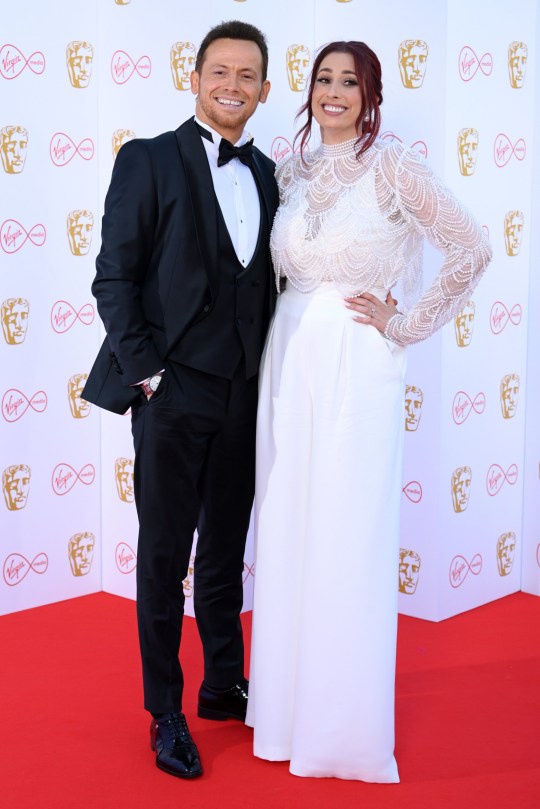 The loved-up couple met in 2010 (Picture: David Fisher/REX/Shutterstock for BAFTA) 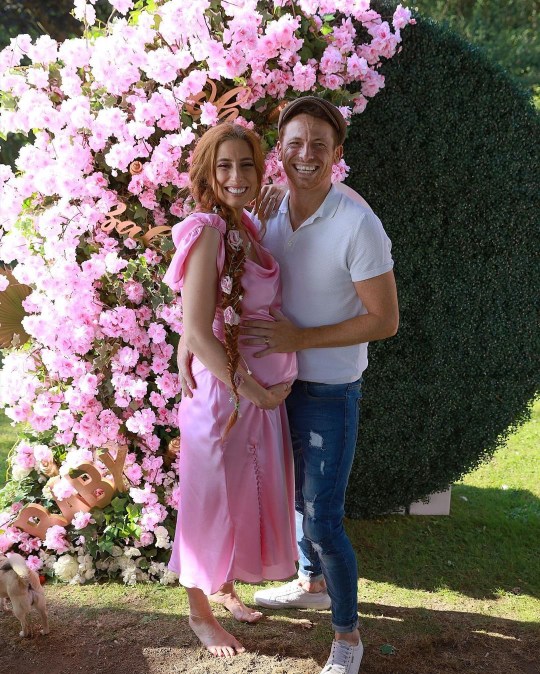 The couple are devoted to one another (Picture: Stacey Solomon/Instagram)

Stacey, 32, who found fame on the X-Factor, met Joe, 40, when she was crowned ‘Queen of the Jungle’ in 2010’s I’m A Celebrity… Get Me Out Of Here. Joe, who had won the ITV reality series in 2008, was on presenting duties alongside hosts Ant and Dec.

They began working together on the I’m A Celeb ITV2 spin-off later that year. Joe then proposed four years later.

She has previously showed two of her older sons the moment of their first, brief meeting, where 2008 winner Joe gave the new Queen of the Jungle a congratulatory hug, which is all sorts of adorable.

When is Stacey Solomon and Joe Swash’s wedding and where will it be held?

The couple became engaged in December 2020, but had to postpone their nuptials due to the pandemic and Stacey’s pregnancy.

The ceremony will now be taking place in the garden of their £1.2million Essex home, Pickle Cottage. 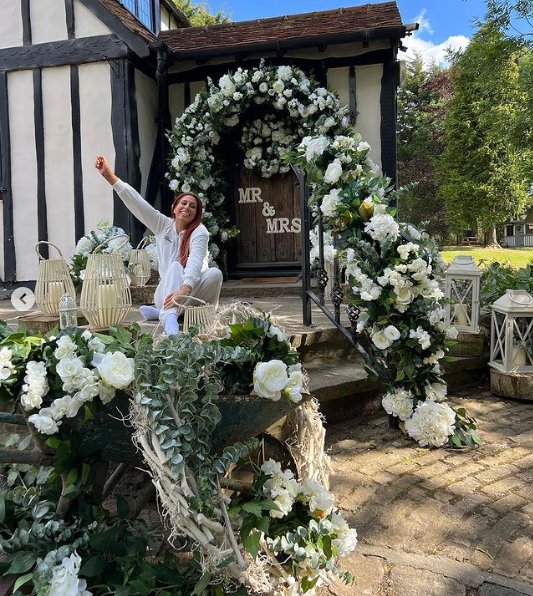 Stacey’s beloved Pickle Cottage will be the backdrop for the special day (Picture: Instagram/@staceysolomon)

Ensuring their youngest daughter Rose could be there for their big day – in October this year, the former X Factor contestant gave birth to her baby girl, her second child that she shares with her fiancé. It’s set for the end of July, however, the mum-of-four, has yet to confirm the exact date.

Stacey and Joe also share a son called Rex, who was born in 2019, while Stacey has two older sons and is step-mum to Joe’s son from a previous relationship. They will all be celebrating the special day with their parents. 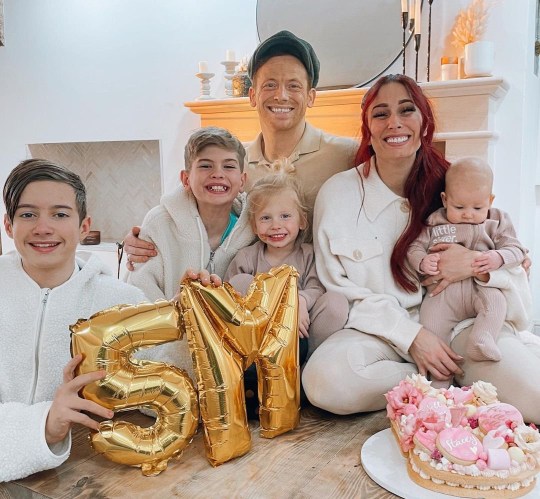 The whole family will be there to celebrate the big day (Picture: Stacey Solomon/Instagram)

‘We’ve got four boys and they will all just be our page boys. We didn’t want to make one the best man or give one a special role. But I would like them all to walk me down the aisle with my dad,’ she said recently.

And even the couple’s two dogs Peanut and Teddy will have roles.

What other details do we know about Stacey Solomon and Joe Swash’s wedding day?

Stacey has been busy these last few weeks, ready to ensure her beloved Pickle Cottage is magically transformed for the day.

On Instagram, the 32-year-old has been giving fans a glimpse into all her hard work.

After recently creating a gorgeous welcome sign and building a quirky tea wall, Stacey has given her front door a beautiful makeover, and transformed it with a series of white flowers and lanterns. 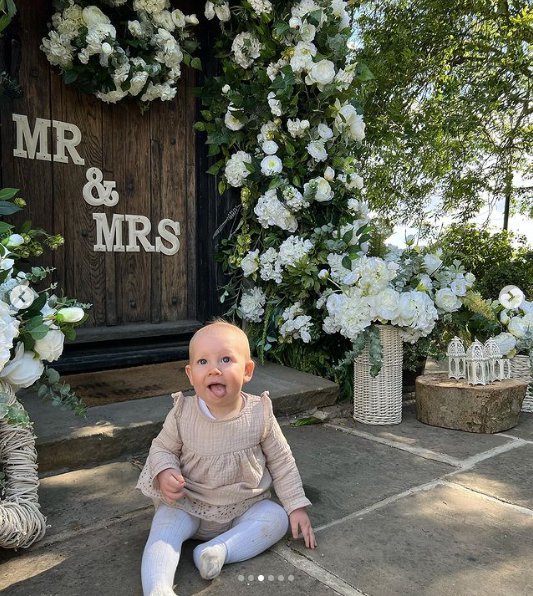 Stacey’s family have been all-hands-on-deck the past few months (Picture: Instagram/@staceysolomon)

The area is covered with a flower arch featuring dozens of white roses, and a ‘Mr & Mrs’ sign has been attached to the front door.

The flowers spill out onto the pavement and a series of mini-white lanterns have been placed across the concrete steps.

‘Something old – the horseshoes we found in pickle cottage when we moved in. Something new – the Mr & Mrs sign. Something borrowed – @emlouflowers Leant me some of her beautiful white Roses and eucalyptus. SomeThing blue – the sky as we finished it,’ she continued on Instagram. 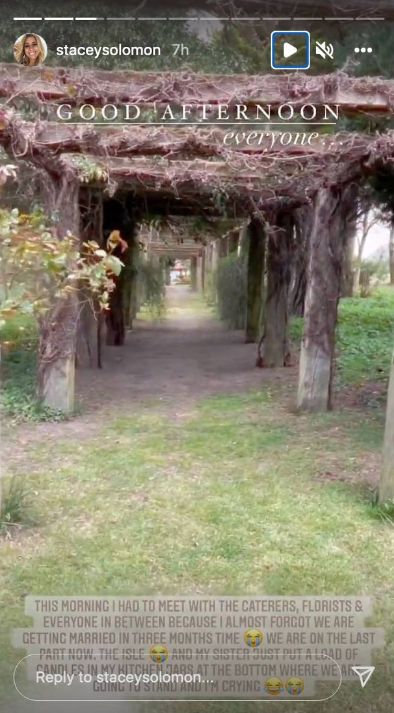 The X Factor star is thinking of every detail, including the wedding aisle (Picture: Instagram/staceysolomon)

She’s also been hard at work creating their wedding aisle.

The Essex gal was so excited to have found her dream dress, she couldn’t resist giving fans a sneak peek as she made her choice, back in April.

After going wedding dress shopping, she took to Instagram to document the feeling she ‘never wants to forget’. 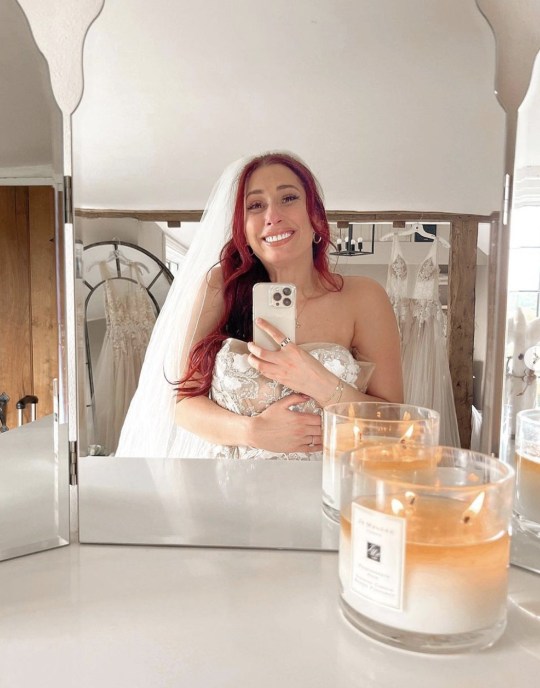 She even gave fans a peek as she found her all-important dream dress (Picture: Instagram/@staceysolomon)

Sharing a couple of mirror selfies of one of the dresses, which Stacey clarifies isn’t the one, she wrote: ‘I’ve been putting it off I think because the more I got excited about it the more silly I felt for some reason… I started feeling really conscious about not being, well I don’t know, a young virgin bride 😂🙈

‘I know that’s ridiculous because I wouldn’t have done life any other way EVER.’

Stacey continued: ‘I’m so grateful for how it turned out and I genuinely believe everything happens for a reason.’

If you’ve got a celebrity story, video or pictures get in touch with the Metro.co.uk entertainment team by emailing us celebtips@metro.co.uk, calling 020 3615 2145 or by visiting our Submit Stuff page – we’d love to hear from you.


MORE : Stacey Solomon pokes fun at herself as photos emerge of idyllic Mykonos hen do: ‘We are the most boring hen do in history’