Suri Cruise inherited her mom’s sense of style. The 15-year-old, daughter of Katie Holmes and Tom Cruise was photographed on a walk in New York while wearing a really cool outfit.

©GrosbyGroupSuri was spotted wearing a matching ensemble of a denim jacket and flared pants.

On Monday, January 17th, Suri was photographed out shopping in New York. She was wearing a denim jacket with a brown vertical stripe that ran the length of one arm to the other. She was also wearing flared brown pants, which matched the detail in the jacket. To cap off the outfit, she had brown boots on, making her look stylish and laid back. 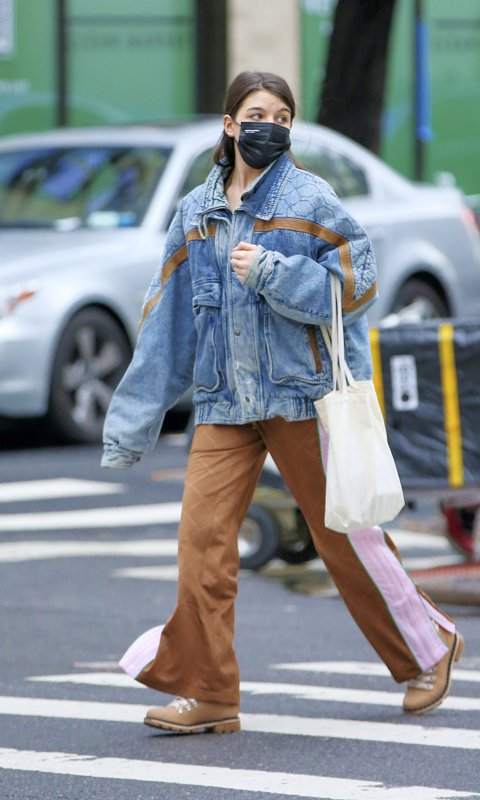 ©GrosbyGroupHer shoes added the finishing touch, tying it all together.

Ever since she was a little girl, the media has associated Suri with a young fashion icon, thanks to her mom and now due to her own taste. While nowadays she prioritizes comfort, she still wears stylish pieces that highlight her sense of style.

Suri spends the majority of her time in New York, where she lives alongside her mother, a huge influence in terms of style and looks. Katie rarely talks about her daughter, trying to shield her from the spotlight as much as possible. Still, as she’s grown up, she’s been mentioned more and more by her mother.