Queen Rania of Jordan’s relative Prince Ghazi bin Muhammad has married his second wife – and Queen Letizia has worn a version of her wedding dress.

To announce the news, the Royal Hashemite Court shared a snap of the newlywed couple which showed that the Bulgarian royal and jewellery designer Miriam opted for a stunning silky bridal gown from Cortana. As part of the bridal collection, the ivory frock features luxurious satin material with a high neckline, a fitted waist, dolman sleeves and a V-shaped back with buttons.

WATCH: The most show-stopping royal wedding dresses of all time

The modest yet chic silhouette is clearly a hit among the royals, as Queen Letizia of Spain has been spotted in the midi version in a deep blue hue. She stepped out in the frock for the 40th anniversary celebration of El Pais back in 2016, pairing it with metallic heels and beaded earrings. 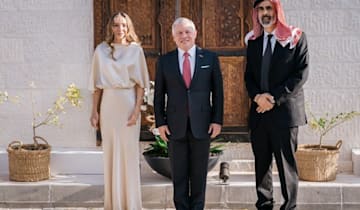 “The Royal Hashemite Court extends its sincere congratulations to His Majesty on this occasion, and wishes Their Royal Highnesses Prince Ghazi and Princess Miriam Ghazi a lifetime of happiness.” 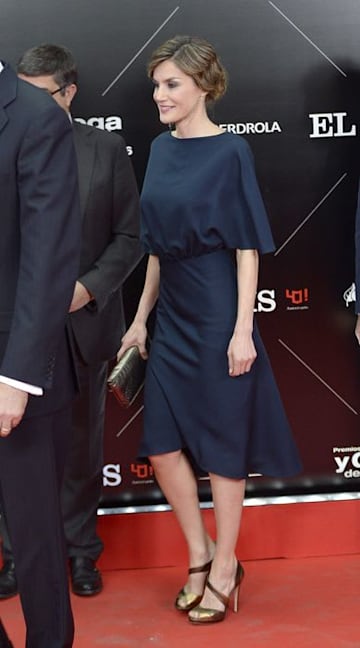 This marks both of the couple’s second weddings. Prince Ghazi married Areej Omar al-Zawawi in 1997 and the couple welcomed four children together: Princess Tasnim, who was born in August 1999, Prince Abdullah in November 2001, Princess Janna in September 2003, and Princess Salsabil in October 2014. 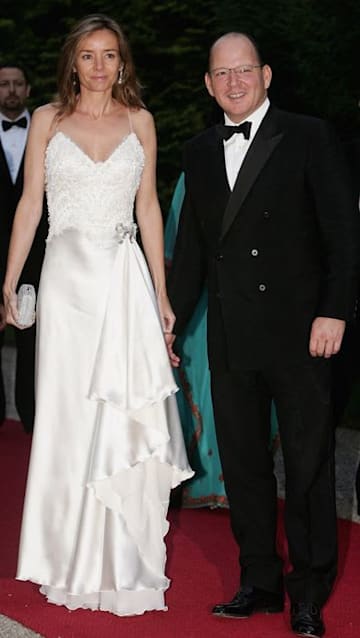 Miriam with her late husband Crown Prince Kardam of Bulgaria

Meanwhile, Miriam shares two sons Prince Boris, the Prince of Tarnovo, and Prince Beltrán, with Crown Prince Kardam of Bulgaria. The late royal sadly passed away in 2015, after spending almost seven years in a coma caused by a car crash in 2008.

The former daughter-in-law of Tsar Simeon II and Tsaritsa Margarita and her two sons visited Kardam’s memorial on the River Jordan the day before her second wedding.

HELLO!’s selection is editorial and independently chosen – we only feature items our editors love and approve of. HELLO! may collect a share of sales or other compensation from the links on this page. To find out more visit our FAQ page.