A teenager who decided to wear black to her brother’s wedding has been left dumbfounded after he banned her from having her photo taken at the event.

The 18-year-old was left furious by her brother’s actions but admitted guests were asked to wear fuchsia and sky-blue to the wedding.

Posting on Reddit, the teenager asked whether she was in the wrong or if she was entitled to be angry with her brother, 26 and his wife, 25.

‘For whatever reason, they put on the invites that they wanted the guests to wear certain colors,’ she wrote.

‘I asked my brother about it and he said it was just something he and his fiancé wanted and thought it would be fun to have a color-coordinated wedding.

‘The problem I have with this is that I only wear black and white. Like, I literally do no own any clothing that is not black, white, or a combination of the two,’ she said.

She also said when she had spoken to her brother about her difficulties with the dress code he had told her she had plenty of time to organise something.

Her parents took her shopping and she ‘hated’ everything in the colours.

‘Mum told me it was just one day and that wearing something a different color for a few hours is not going to kill me,’ she said.

The teenager bought a few things in the colours but decided to throw on a ‘black dress that was more than nice enough for any wedding’ on the day.

‘So when we were doing family pictures, my brother made a point to tell me that I would not be involved in any of the larger group shots with the wedding party and the rest of our family,’ she complained.

Who was in the wrong?

‘He told me it was his wedding day and he wasn’t going to fight with me about it and that this was just the way it is.

‘He told me he was disappointed that I couldn’t do one little thing for him on his wedding day and I told him he was an asshole for making people dress a certain way even if they don’t want to,’ she said.

And despite strongly defending her decision to wear the black dress more than 2000 people sided against her.

‘I literally only wear black. Even all my socks are black. But even I own a floral blue skirt I wear for weddings because even when there isn’t a dress code, black is an inappropriate colour for a wedding. OP needs to get over herself,’ one woman said.

Another scoffed at the fact the OP was an adult.

‘Same, I had to go back and check her age because I could have sworn she was only 13, even then this behaviour is that of a snotty brat,’ added another.

‘Oh I can believe it. Her attitude just screams entitlement. OP is definitely, 100% TA who wanted the attention on her at her brother’s wedding. Pretty disgusting, really, added another. 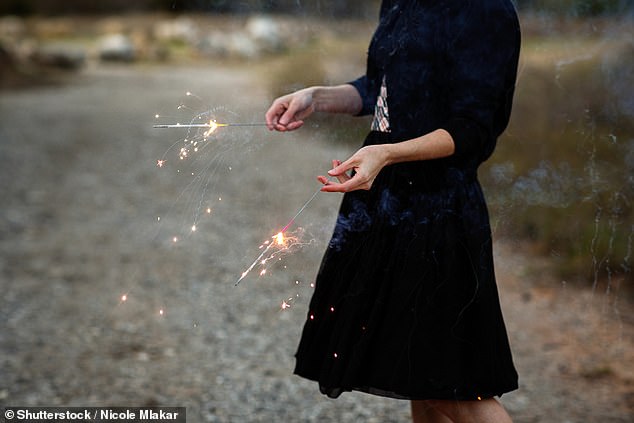 Some suggested the OP could have compromised by wearing a pink or blue jacket or scarf over the top of her black dress.

‘If you had approached your brother before and asked about other options you might have had a better day,’ one said.

Others said they hope the woman’s brother gets back at her when she is married.

‘The petty part of me sincerely hopes if OP ever throws a full goth wedding, the brother and his wife show up blue and pink in a sea of black,’ one person said.

The comments section was quickly closed after thousands of people took the opportunity to slam the young woman.

But some people were sympathetic.

‘It’s not really normal for all the guests just the wedding party. This is kind of a ridiculous ask, I’ll be honest, and if I was a guest I’d probably be annoyed,’ one man said.

Others also defended her right to choose.

‘Black is a perfectly acceptable colour to wear to a wedding,’ one woman claiming to be a wedding coordinator said.