Virgin River is one of Netflix’s most highly-rated shows. The drama series is based on the book series by Robyn Carr. The show centers on Mel Monroe (Alexandra Breckenridge) and Jack Sheridan (Martin Henderson), a nurse and bartender. They strike up a romance upon Mel’s arrival in town.

Now, Jack’s sister Brie (Zibby Allen) has found herself falling for Brady (Ben Hollingsworth), the town’s bad boy. Though the pair grew even closer in season 4, there won’t be any wedding bells for them anytime soon. In fact, Detective Mike Valenzuela (Marco Grazzini) could get in the way of that.

RELATED: ‘Virgin River’: Fans Might Not Find out Who Shot Jack for a Long Time

It’s clear that Brie and Mike grew much closer in season 4 when they tried to determine who actually shot Jack. Moreover, Mike has never made it a secret that he has a thing for Brie. Now that Brie knows that Mike is a decent person, a love triangle could be on the horizon.

Ahead of the season 4 premiere, Deadline shared a synopsis for the season. It read, “Brie, intent on proving the innocence of the man she loves, unexpectedly finds herself in a closer relationship with Mike and one step closer to Calvin’s violent criminal web.”

Somehow we don’t think they just got closer for no reason. 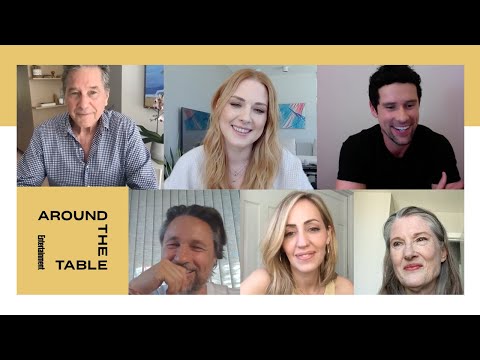 We will learn what happens between Brady, Brie, and Mike when Virgin River returns for season 5 in 2023. New episodes are currently filming in Vancouver. What’s On Netflix is reporting that filming began July 1, 2022. The season will take about five months to film and end around November 30th, 2022, just before the holiday season.

Filming for season 4 occurred during the same time period last year. Therefore we would guess that Virgin River Season 5 will debut in July 2023.

RELATED: ‘Virgin River’: Why Are so Many Characters From Robyn Carr’s Books Missing From the Show?