These weddings may not be conventional, but they sure look like fun!

It’s almost guaranteed that celebrity weddings are going to be extravagant affairs but some stars take things to the next level. Instead of a traditional ceremony and reception, a few decide that it would be a little more fun if their big day had its very own theme to encapsulate their unique personalities.

While some stars opt for a toned-down theme like winter wonderland, others choose to get a little bit more creative. From fantasy fêtes centered around “Star Wars” or “Lord of the Rings” to literary-inspired occasions, these celebs went all out — and it seems like they created exactly what they were hoping for!

Find out what went down at these themed weddings…

When Kourtney Kardashian and Travis Barker tied the knot in an intimate ceremony in Italy, they got the whole family involved. The duo hosted the lavish affair at Villa Olivetta, a home on the estate of Domenico Dolce and Stefano Gabbana. They transformed the venue into an Italian Gothic dream filled with black, red, and floral decor. All of the event’s attendees matched the theme, with Kourtney’s famous family stepping out in gothic-inspired Dolce & Gabbana attire. While Kourtney and Travis haven’t shared their wedding planning process just yet, it’s clear they perfectly selected every detail.

Ashlee Simpson and her former Fall Out Boy rocker husband Pete Wentz may no longer be together but their wedding was certainly one to remember. When the couple tied the knot in 2008, they chose an “Alice in Wonderland” theme, complete with a cake that featured a top hat, teapot, stopwatch and pot of flowers. The tables also featured elaborate centerpieces of black magic roses and guests left with a red box with a cookie that read “eat me” in a nod to the book.

Britney Spears Gets Married! Parents, Sister and Sons Weren’t There, But These Celebs Were

In 2013, Aaron Paul tied the knot with his wife Lauren in a 1920s Parisian carnival-themed bash. Although the wedding was hosted in Malibu, the elaborate event had plenty of Parisian flair, a nod to the couple’s engagement in Paris. Wedding attendees got dressed up for the affair in their best Roaring Twenties looks including flapper frocks for the ladies and top hats for the gentlemen.

Seal and Heidi Klum may have had a traditional wedding the first time they tied the knot but the eight times they renewed their vows, things were a little different. Each year they said “I do’ on their anniversary, the couple chose a new theme, including a “trailer trash” affair in 2009. Seal rocked a mullet while Heidi braided her hair in cornrows — and an Elvis impersonator officiated it all.

Ariana Grande’s older brother Frankie and his husband Hale Leon dedicated their wedding day entirely to “Star Wars.” The couple said “I do” on May 4, AKA “Star Wars” Day, and celebrated with a galactic cake and plenty of lightsabers.

“Hale and I were married at a small intimate galactic ceremony in my family home in Florida on May the 4th be with you, cause we really are both that nerdy. It was the most beautiful ceremony, officiated by my incredible mother, and it brought us even closer together as we took our vows before our immediate families and before God!” Frankie wrote on Instagram.

Channing Tatum and Jenna Dewan’s wedding paid special tribute to the couple’s love for fairies with little nods to the winged creatures throughout the affair. Not only did the flower girls walk down the aisle wearing wings but the cake was also shaped like a castle filled with fairies. At the end of the night, guests went home with crystals as wedding favors. 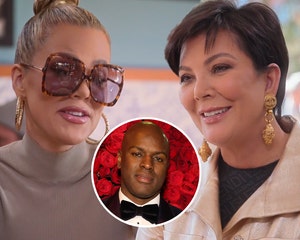 When Napster founder Sean Parker tied the knot with Alexandra Lenas, the couple went all out with their “Lord of the Rings” theme. Set against the backdrop of Big Sur, California, the enchanted forest affair reportedly cost over $4.5 million — that is, when you include the hefty fine the couple paid for using a public campground. The event included a nine-foot-tall wedding cake as well as Tolkien-inspired costumes for all 364 guests created by “Lord of the Rings” costume designer Ngila Dickson.

While Nick Cannon and Mariah Carey originally got married in a more traditional ceremony in the Bahamas, they decided to have some fun at their five-year vow renewal. The couple had the opportunity to completely shut down Disneyland and host a fairytale-themed affair. Mariah and Nick’s daughter Monroe wore princess gowns to the event while Nick and the pair’s son Moroccan donned matching Prince Charming suits. Just before saying “I do,” Mariah and Monroe arrived in a horse-drawn, pumpkin-shaped carriage and later, the wedding party headed to Sleeping Beauty Castle for the reception.