Having met while working in Paris in the winter of 2009, Yasmine remembers being taken aback by Randy Bitsi, a handsome Frenchman whom a friend insisted she must meet. “The next day our mutual friend, Ornella, invited me to lunch and when I arrived at the restaurant, to my surprise, Randy was sat at the table. He explained that he too was waiting for Ornella, and we immediately realised we’d been set up”. 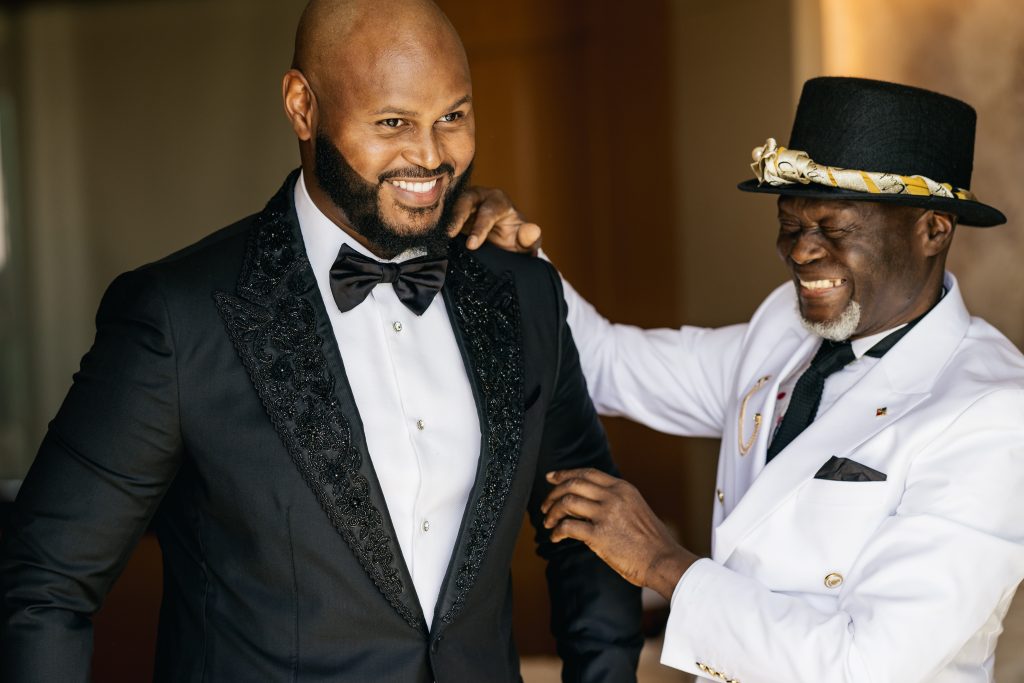 The groom and his father

Fast forward nine years and in front of their closest friends and family during a speech at the couple’s daughter’s fifth birthday party, the song, From This Moment On by Shania Twain softly rose from the speakers meaning only one thing. “I immediately knew what was about to happen,” Yasmine shares, “I burst into tears of joy and my legs were shaking so much that I had to kneel down on the floor. This was the first song I ever sang for Randy, and I told him it was the song I wanted to walk down the aisle to when we got married in the future. Before he could even propose I started thanking him and saying yes.” 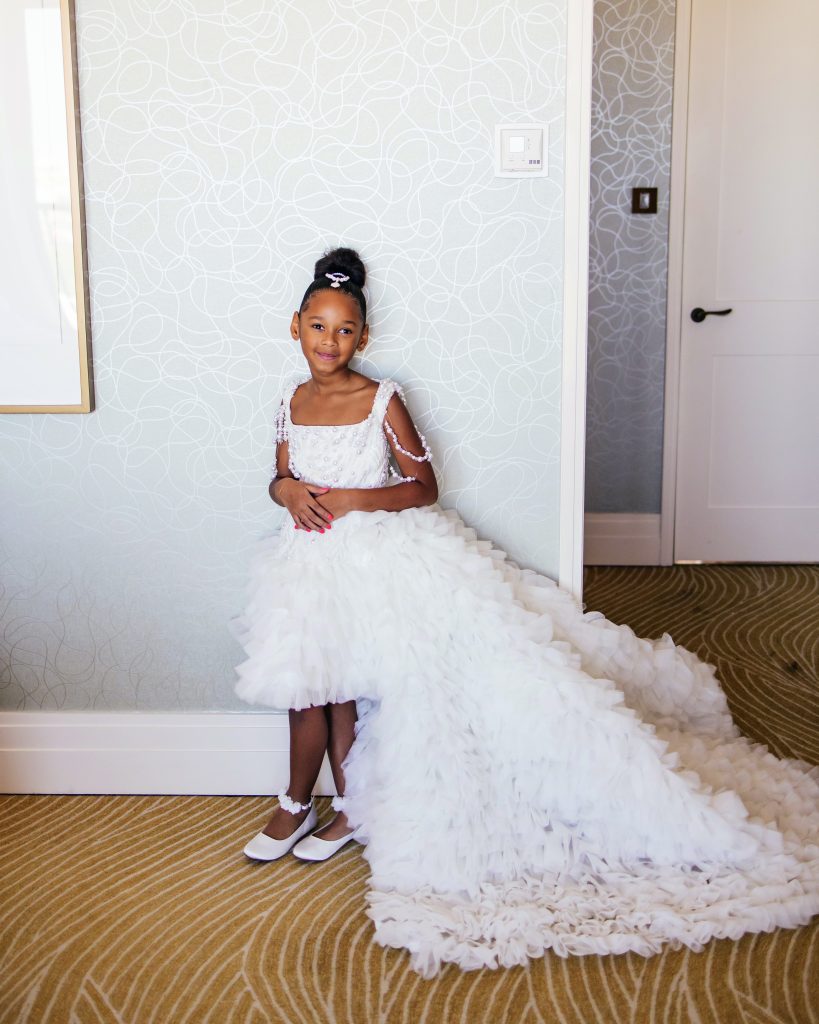 “Later that evening Randy showed me a video of when he bought the engagement ring. I learned that our daughter chose the ring and in addition, had managed to keep it secret for three whole months. It was amazing. The two loves of my life surprised me.” 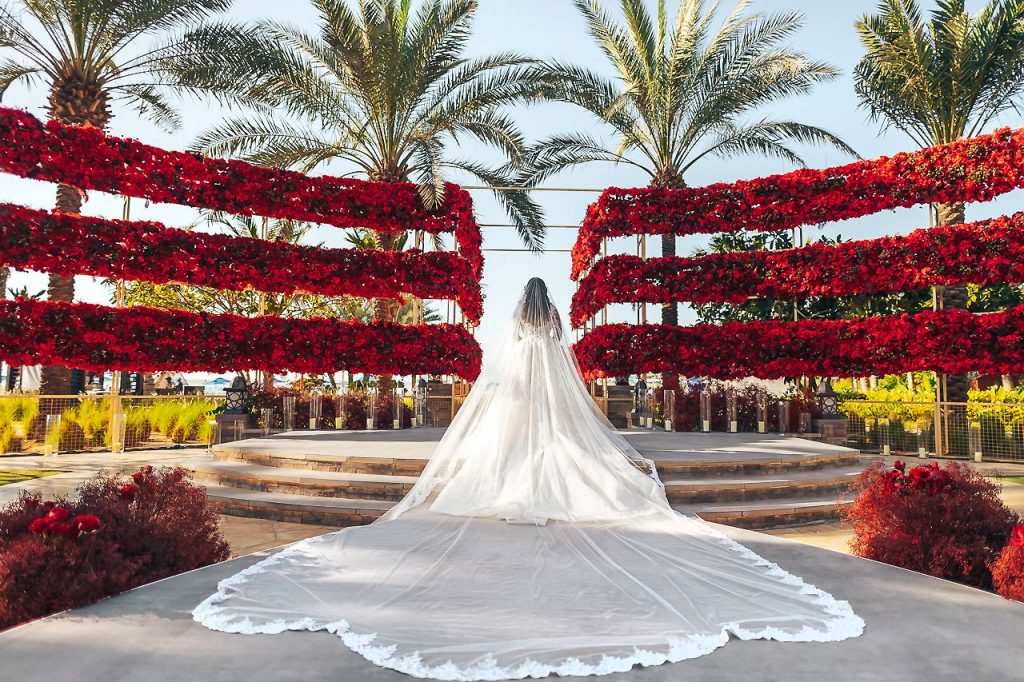 Following an intimate civil ceremony in France and after a few set-backs due to pandemic restrictions, the Dubai-based couple finally set their date for January 8, 2022 – exactly 13 years to the day they started dating. Randy being a wedding planner, took care of many of the details himself and entrusted Jardel Silva and his expert team of event planners from Eventchic Designs to step in and curate the styling and décor, and oversee coordination of the day itself. 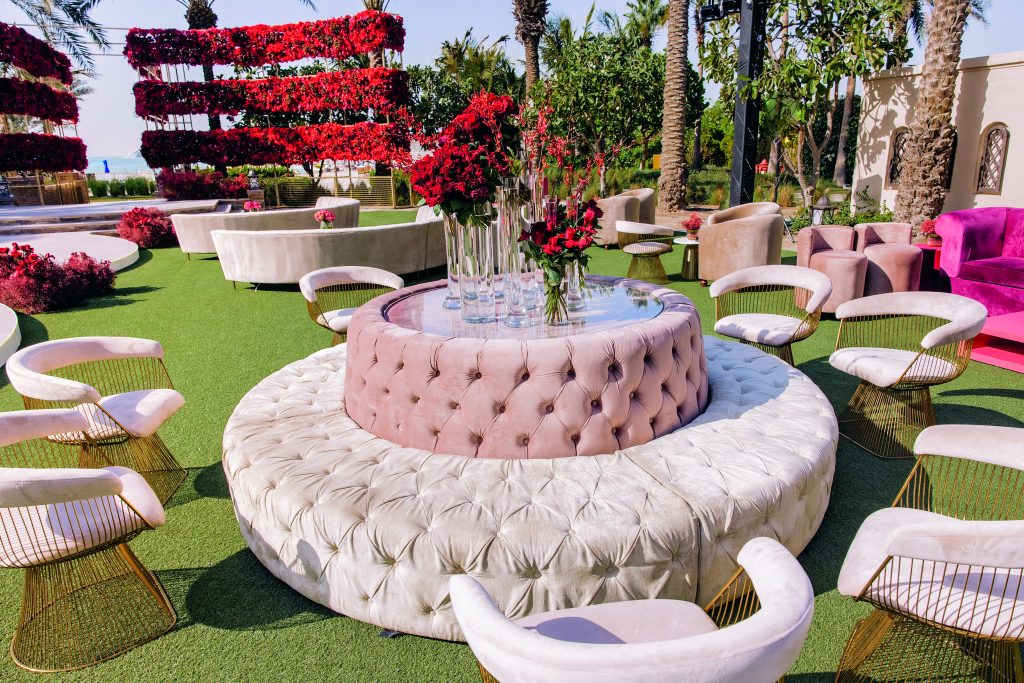 In lieu of traditional ceremony seating, plush pink lounges were placed around the aisle

“It was Jardel that came up with the idea for the ceremony and reception to be two completely different experiences. Randy’s favourite colour is red so we surprised him with the red theme, and the statement flower wall,” Yasmine shares. 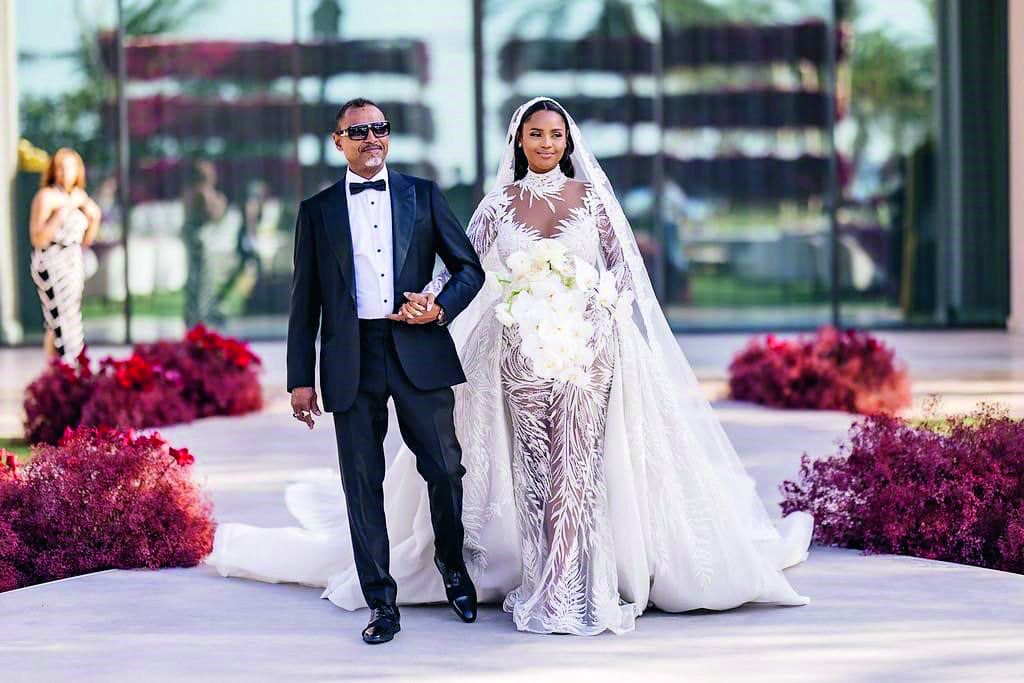 The bride with her father

At 5pm, as the sun was setting over the sparkling Arabian Gulf, the beautiful bride made her grand entrance in a show-stopping custom-made Valdrin Sahiti gown, accompanied by her father and of course, walking down the aisle to her favourite Shania Twain song. 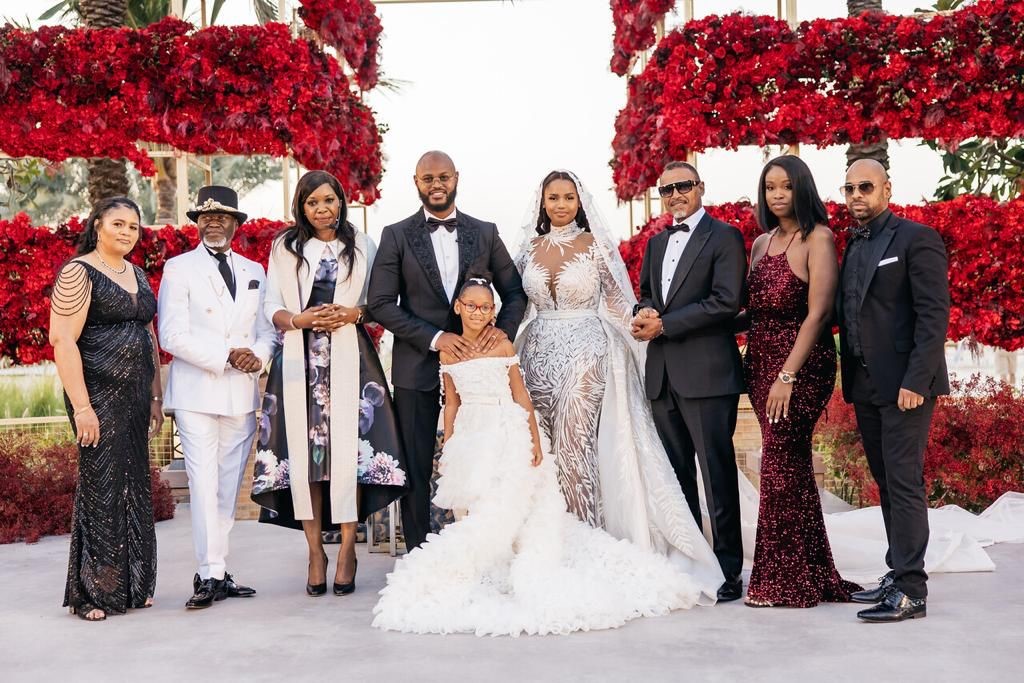 After exchanging heartfelt words of devotion, the newlyweds’ guests were ushered inside to the Four Seasons’ Grand Ballroom to take their seats at opulent mirror-topped tables, artfully dressed in black and white, with centrepiece floral arrangements of fragrant white hydrangeas and anemones. 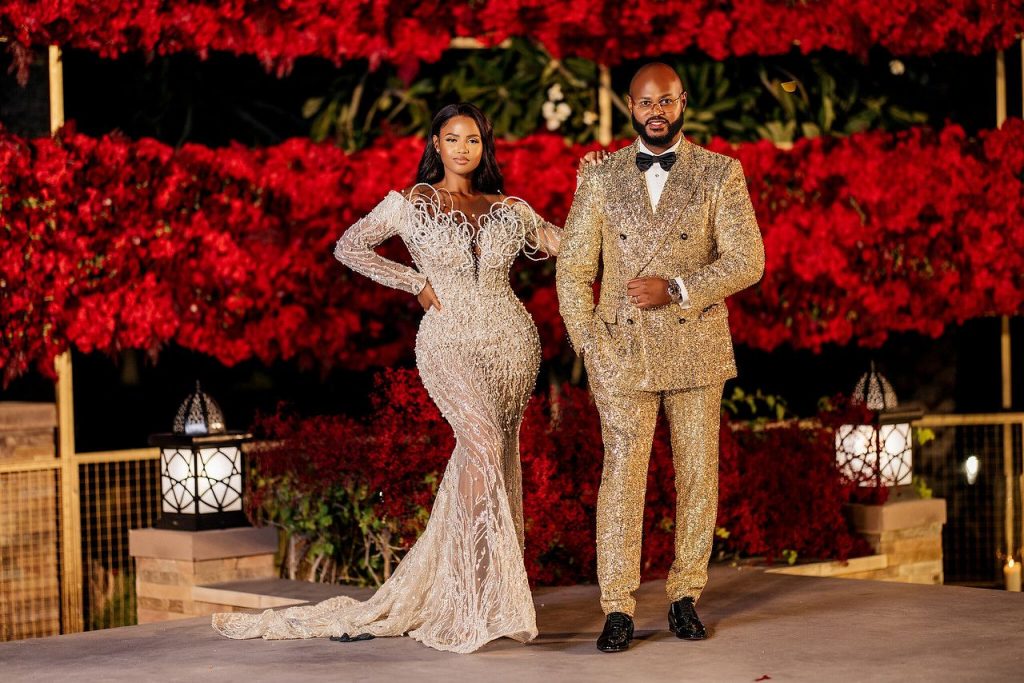 The couple changed into glitzy attire for the evening celebrations

“For our reception entrance, Eventchic Designs created a dramatic lightshow for us to walk in to as husband and wife. Jardel and his team truly left us speechless and made all of my dreams come true.” 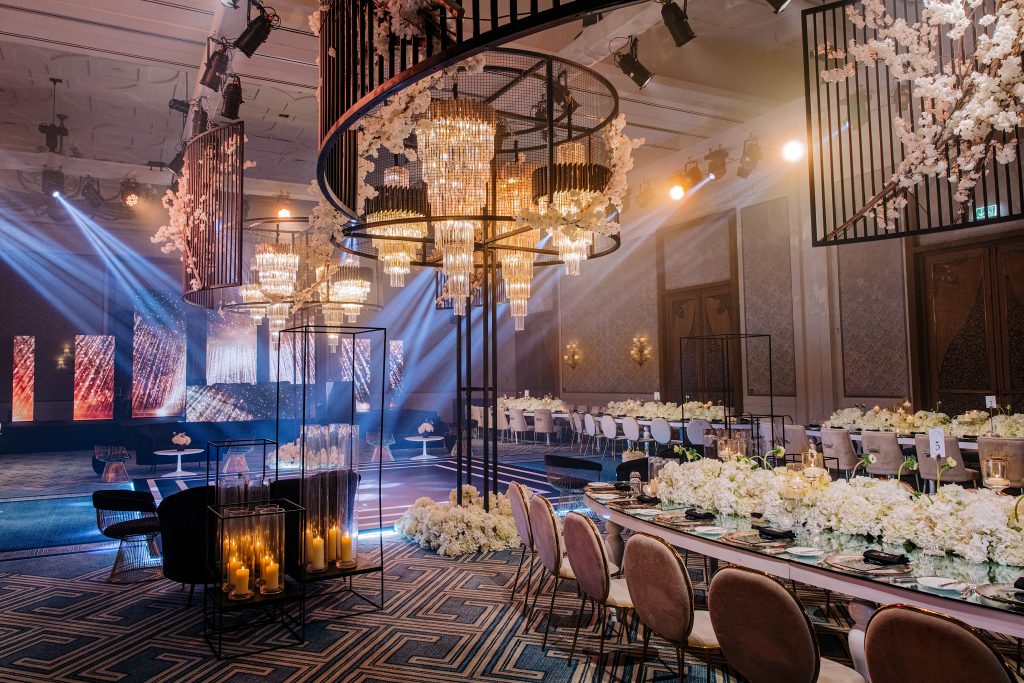 Making their dancefloor debut together as newlyweds, Yasmine swathed in a second jaw-dropping gown by Valdrin Sahiti, Randy dapper in a shimmering-gold sequin Dolce & Gabbana suit, the couple shared their first dance to Contigo É Para Sempre by Landrick. “The African artist speaks of his gratitude towards his wife, and that he will be by her side forever. It’s a very beautiful song,” says Yasmine – and we couldn’t agree more. 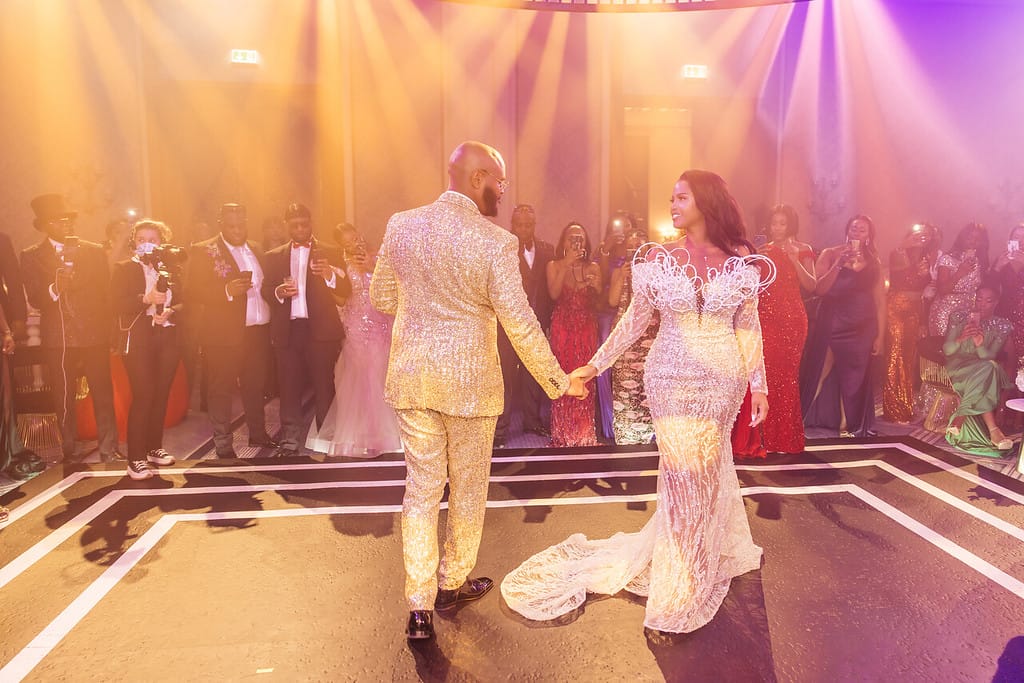 From the S/S22 issue of Harper’s Bazaar Arabia Bride

Richa Chadha-Ali Fazal dance to Ranjha Ranjha during sangeet ahead of wedding, watch