The surprising and unpredictable behavior of kids can cause a bit of extra stress on the big day.

But one mum knew exactly how to keep her son as quiet as possible while he performed his page boy duties.

In a viral video that was shared by Kentucky TikTok user @dad_move on Aug. 29, a young boy – who appears to be a ring bearer – can be seen looking a little restless and pulling faces while standing near the bride and groom. 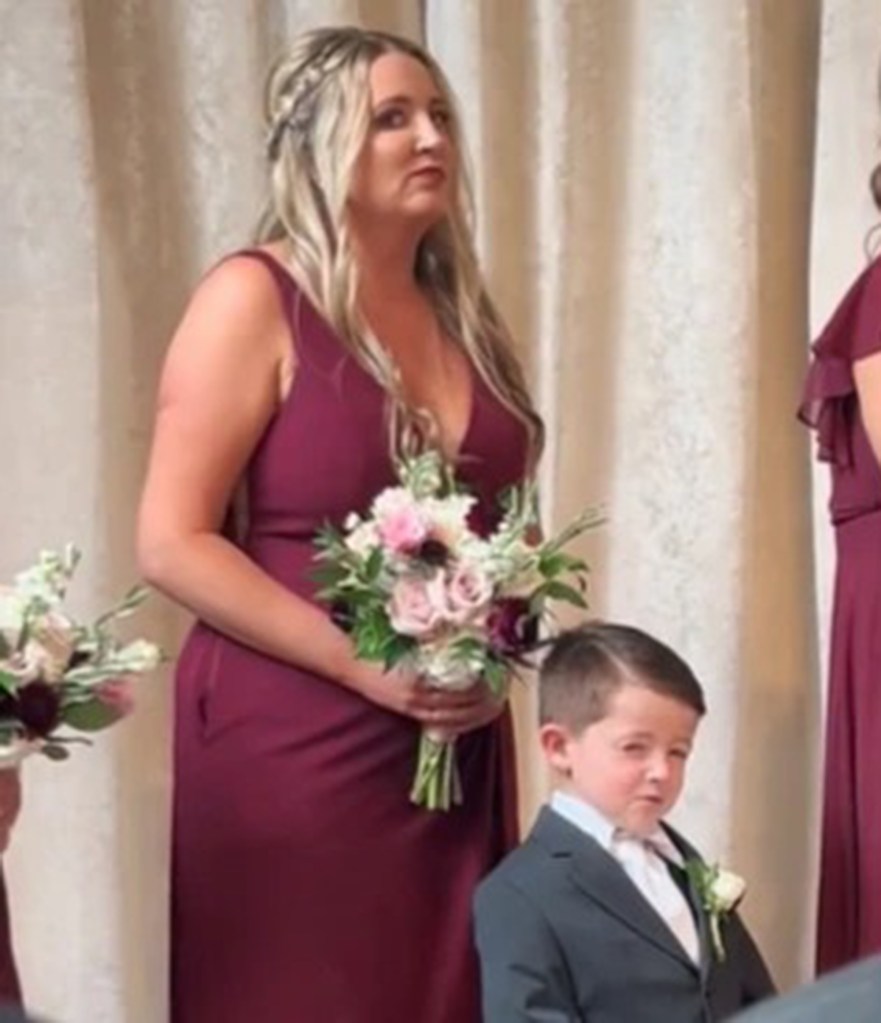 A hilarious video captures a nervous bridesmaid slipping her son candy to keep him quiet at a wedding. TikTok / dad_move

As he grins and starts fidgeting, a bridesmaid behind him looks at the person filming, and gives a look as if to ask – ‘is he about to play up?’.

She then reaches into her pocket and pulls out a treat, and in seconds manages to slide it straight into the little boy’s mouth.

The mother then smirks while stifling a giggle.

“Who said you can only feed puppies”

“Who said you can only feed puppies!?#wifeandson #weddingseason #feeding #viral #FYP” the caption said.

People in the comments thought that the swift move was priceless.

“She knew what was up. Nothing was gunna ruin the bride’s day! Way to go!” One person wrote. 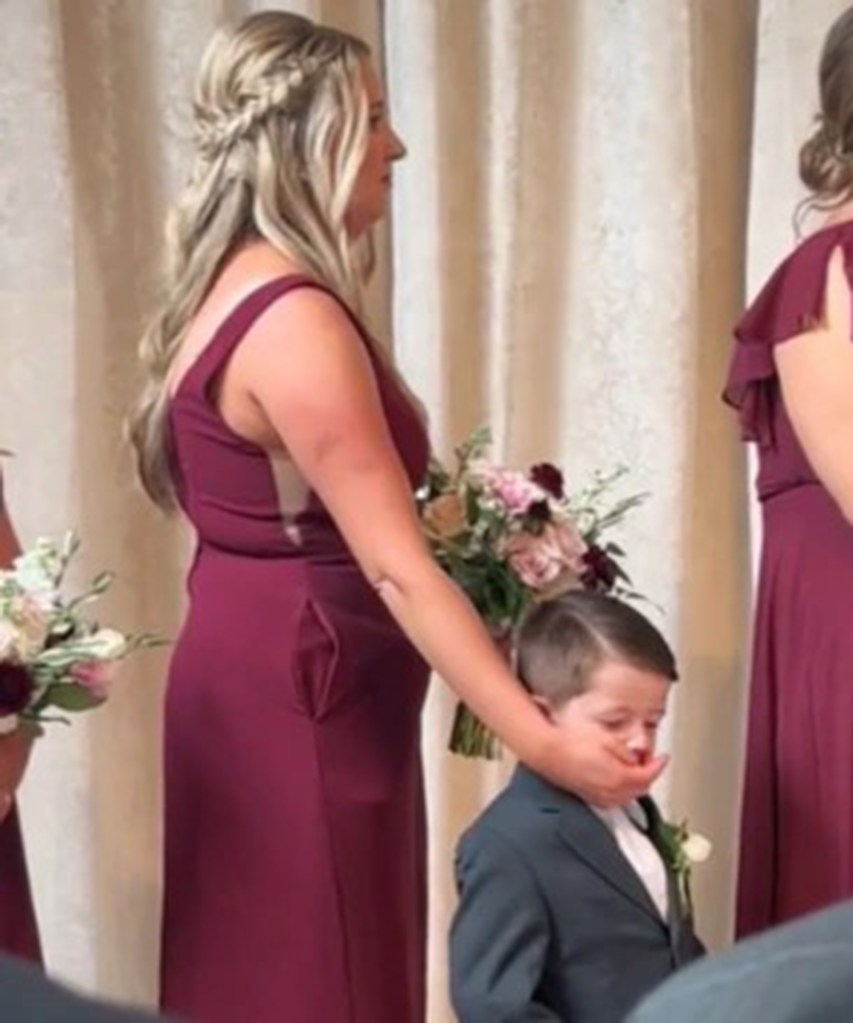 The video’s poster said the boy was snacking on a Starburst.TikTok / dad_move

Another user commented, “Not all heroes wear capes! Some wear evening wear.”

Someone else appreciated the mother’s reaction: “It’s the smirk and trying not to laugh for me”.

The original poster replied, “His smirk is priceless because he already knows how to manipulate his mumma.”

Other mums pointed out the beauty of the pocket in the dress.

“Nothing was going to ruin the bride’s day”

“And that’s why we need pockets,” a user commented.

A second person stated, “I was screaming!! a bridesmaid dress WITH POCKETS!!!!”

The creator later clarified in the comments that the child was happily snacking on some Starburst.

Others shared their own hacks for kids at weddings.

“When I was a flower girl when I was four they taped a dollar to where we were supposed to stand and if we acted right we could keep it.”

Another said, “I was a bridesmaid at my best friend’s wedding and the groomsmen had suckers and skittles in their pockets for the ring bearer.”