Tim McGraw and Faith Hill had a 25th wedding anniversary to remember on the set of Yellowstone prequel 1883 — though perhaps not for the most pleasant reasons.

The country singers, who have been married since 1996, play husband and wife James and Margaret Dutton in Taylor Sheridan’s 10-part spin-off series.

1883 follows the Duttons, who initially settled in what would become the Yellowstone ranch — the great-grandparents of the character played by Kevin Costner in the original show.

“There wasn’t a lot of sleep. That was probably the toughest part,” McGraw revealed of his on-set experience in an interview with Yahoo ahead of the UK launch of Paramount+.

He added: “We probably shot six days a week for six months doing 12 to 14 hour days. We were in the elements the entire time, always on horseback and everything was physical.”

The 55-year-old actor said Sheridan was driven by his desire “to be authentic down to every little detail,” which meant the filming process prioritized exquisite period detail over modern comforts.

McGraw confessed that this level of arduous filming continued regardless of the occasion, including in the early hours of he and Hill’s silver wedding anniversary.

He said: “Faith was driving a wagon the entire time. One particular time, she’s driving a wagon across a river at four o’clock in the morning at 38 degrees and I’m swimming a horse right alongside her. That happened to be our 25th wedding anniversary.”

Hill added: “It was pretty intense at four am, driving across a river in a wagon. That was quite something.” 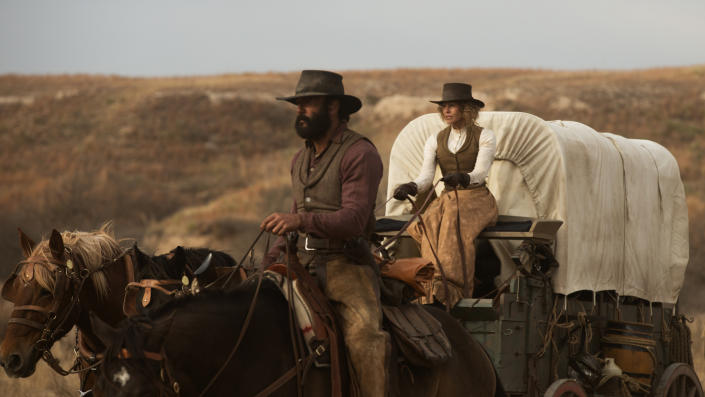 Tim McGraw and Faith Hill spent their wedding anniversary surrounded by horses and wagons on the 1883 set. (Emerson Miller/Paramount+)

McGraw said he and Hill were able to channel their real-world dynamic into shooting some of the most challenging and difficult sequences.

“We were in plenty of dangerous situations in some of the things that we had to do. So her fear and my fear for her, all that stuff is real. It’s between a real couple as well as a fictional couple.”

Given Sheridan’s devotion to period detail, McGraw found the shooting process to be an intense one and struggled to shed the character of James Dutton until the production finally wrapped. 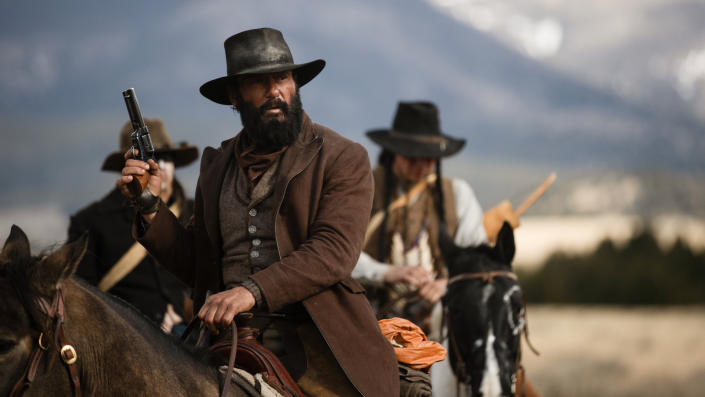 McGraw said: “For the five or six months that we shot, we pretty much didn’t throw [the character] off. In fact, there were a couple of times [Hill] told me that I needed to take a shower because I was trying to stay pretty dirty and authentic to the whole thing.

“Everything we did was physical. It was either 110 degrees or it was minus five degrees, so we rarely had a day that was comfortable.

“In the meantime, I was flying off in the evenings to do concerts. There were days where I didn’t get any sleep at all, so by the time we were done with shooting the show, I was ready to shed James. I was ready to shave that beard too.” 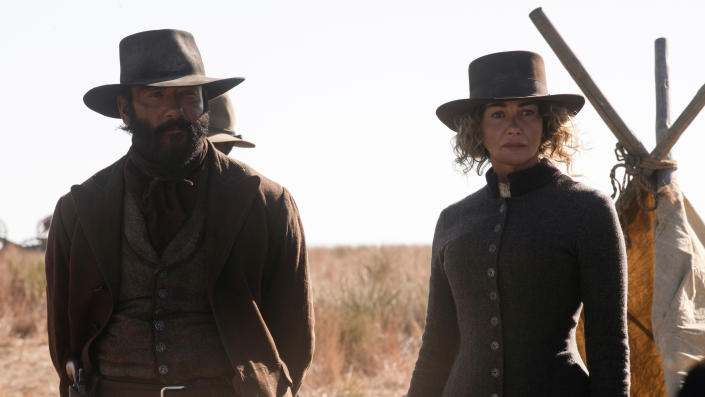 Tim McGraw and Faith Hill were immersed in period detail during the filming of Western series 1883. (Emerson Miller/Paramount+)

For Hill, it was a different experience and she confessed that she felt “a little bit of a depression” when she had to say goodbye to Margaret.

She said: “We were ready to be done once we filmed it, but then most of us went through a little bit of a depression after the ending, after we all went our separate ways and got home.

“We were so immersed in that world and we were living that life. We became those people. It took a moment to shed them. There will always be a part of Margaret inside of me. It took a while for us to shed those people because we loved them so much and the experience.”

Hill said the experience of saying goodbye to 1883 and the Yellowstone world was something she had not experienced with previous acting jobs.

“I’m being honest, it took me probably a couple of weeks. I really was sad. I was depressed. I had never had that experience before after anything that I had done professionally. I really hadn’t,” said the 54-year-old. 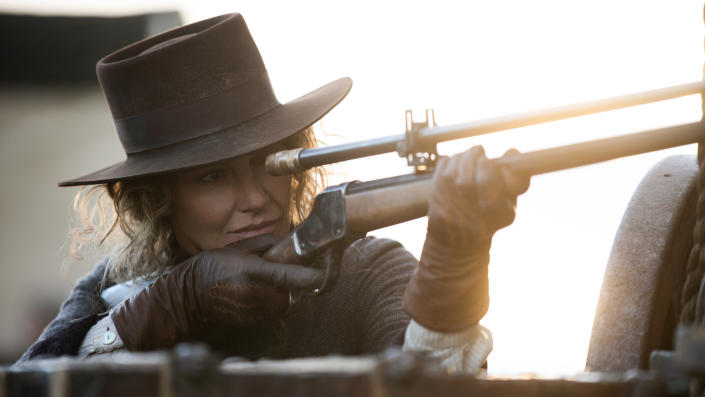 She added: “I think it was another validation that the story was so powerful and so unifying. The one thing I can say is that, on this journey, we just know and learn and are reminded that we have so much in common with one another.

“You really are just trying to find the best for your family and trying to survive and stick together. It’s as simple as that, however it was one of the most difficult treks across the country.”

With the intensity of the shoot in mind, it’s perhaps surprising that McGraw is keen to grow out his facial fuzz again and reprise the role if a feature-length opportunity comes along.

He said: “I don’t envision any flashbacks or anything like that. This show was such a great show and the actors were all so good in it that I’d hate to go back and water it down with any flashbacks.

“But I could see that an 1883 movie might be pretty good, where you see what happened after they got to Montana.” 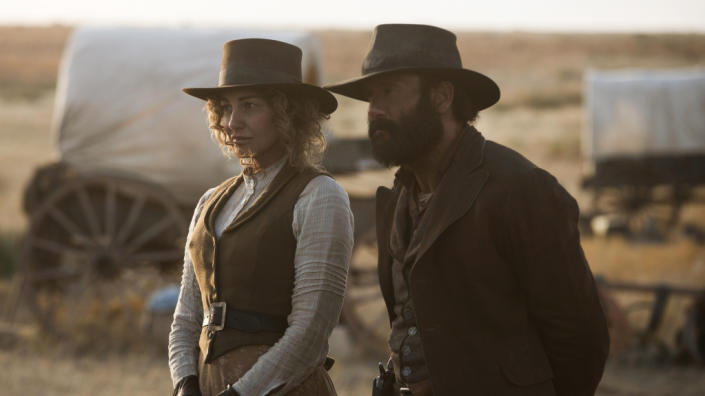 Faith Hill and Tim McGraw confessed to struggling to shed their 1883 roles after filming. (Emerson Miller/Paramount+)

Hill said she and her husband will continue to pursue acting opportunities, but Sheridan has set a tough act to follow with 1883.

“Tim and I have been approached for probably 18 years or more to do something on film together. We’ve read everything. Nothing ever captured us until this, so that tells you something right there,” said Hill.

She added: “We’re looking for things separately as we always have, but there’s good songs, there’s great songs and there are songs that just change everything — and that’s what this feels like. It was just one of those times when everything just came together. It’s something we are proud and honoured to be a part of.”

Yellowstone: 1883 is available to stream on Paramount+.