A US woman, Martha Mai Tucker, aged 94, fulfilled her dream of wearing a wedding dress after 69 years of marriage, as she could not wear it when marrying in 1952.

Angela Strozieh, Tucker’s granddaughter, surprised her grandmother with a wedding dress after Tucker told her apartheid laws in Alabama in the 1950s prevented her and other black-skinned women from entering wedding stores.

Tucker said, “I always wanted to have a wedding dress, but I could not because I am black and not allowed to enter the white places to buy a dress.”

The granddaughter said that Tucker was a mother of four and grandmother of 29 and that she was an activist in the fight for civil rights. 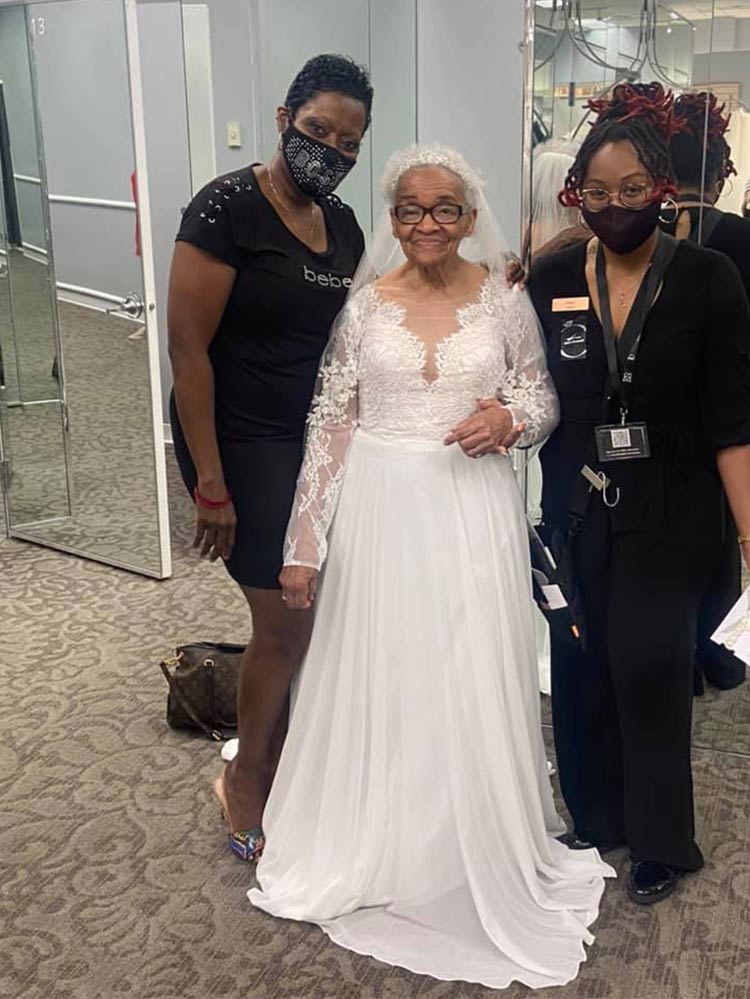 She added that Tucker became a rehabilitation worker in 1963 in Birmingham City.