VIRGIN Media star Paul Quinn has shared stunning snaps from his wedding to his long term partner Shane Durr as he said it was “the best day of our lives”.

The Virgin Media News reporter took to his social media today to share some gorgeous pictures of himself and Shane on their wedding day.

Paul shared some stunning snaps from his weddingCredit: Twitter

They tied the knot earlier this week in Cabra Castle in Cavan and Paul said they had a great day together.

Taking to his Twitter Paul shared a snap of himself and Shane looking out at the fireworks they had as they also held hands.

They also had some gorgeous flowers attached to their suit jacket and they were holding hands in the picture he shared on his Instagram.

One follower said: “Congrats guys!! Such a fab picture. Wishing you a lifetime of happiness!”

Ciara wrote: “So so happy for you two. Congratulations. Looking divine.”

While Nadine also commented saying: “Congratulations!! You both look amazing and so happy. Enjoy every second!”

This comes after Paul recently shared a hilarious TV outtake in which an umbrella closed on his head while filming.

The short clip saw Quinn adjusting his Virgin Media News themed umbrella in preparation to record a TV report outside about snow hitting Ireland this week.

Just as he thinks he has the umbrella set up, it suddenly slams shut on his head, surprising the reporter. 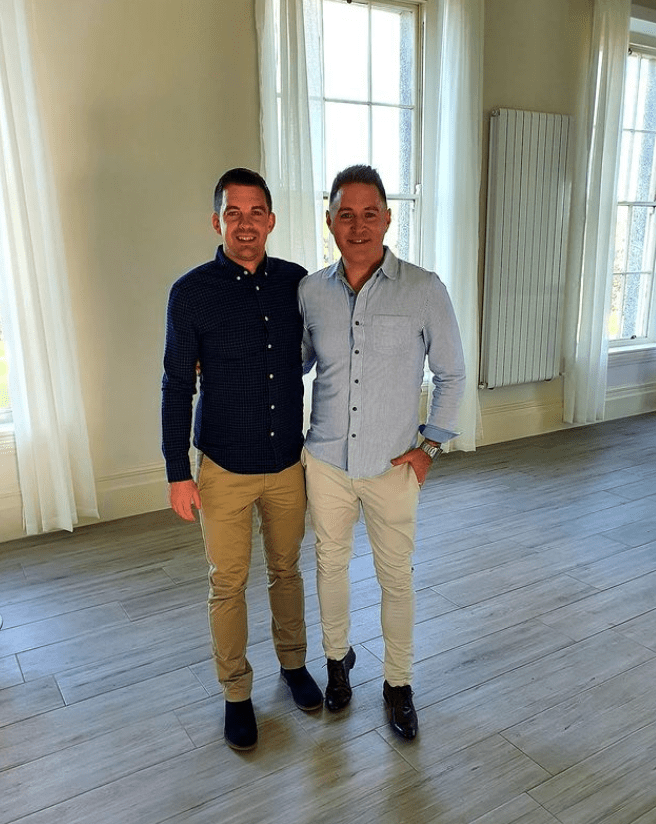 Paul said he and Shane had a great dayCredit: Instagram