IF YOU were going to a wedding, many of us would get dressed up for the occasion, with a nice dress and glamorous heels, right?!

Well, people have been left shocked at a wedding guest’s choice of outfit after a photo was shared on Reddit.

The bride’s stepmum posed for a picture but people were left horrified at her choice of outfitCredit: Reddit

Now not only is the woman – the bride’s stepmum – wearing a white lace dress (which is enough to annoy any bride), she’s also left people concerned with her choice of footwear.

Fair enough, not everyone would be comfortable enough to wear heels, but you would expect a nice pair of pumps or sandals to go with a pretty lace dress.

But no, this woman has rocked up in a pair of biker style, black boots.

And these aren’t heeled boots that you might wear on a night out.

These are lace-up leather boots with a fur trim.

And people can’t believe their eyes.

What was meant to be a nice family photo, now has the internet going wild.

One person wrote: “So, not only a white dress, but what look like black Uggs.”

Another said: “Honestly this was like my sister (bridesmaid) wanting to wear her doc martens with her elegant designer dress. Her reasoning in the end was that as the wedding was in a garden doc martens would be more appropriate than block heels/flats.”

However, there were other Reddit users that defended the woman’s shoe choice.

One said: “I wore my New Rocks with my wedding dress. You do you. This is a weird thing to get hoity about.”

Another added: “I have a pair of velvet Doc Martens. I wear them with dresses to fairly formal events.”

But what do you think? 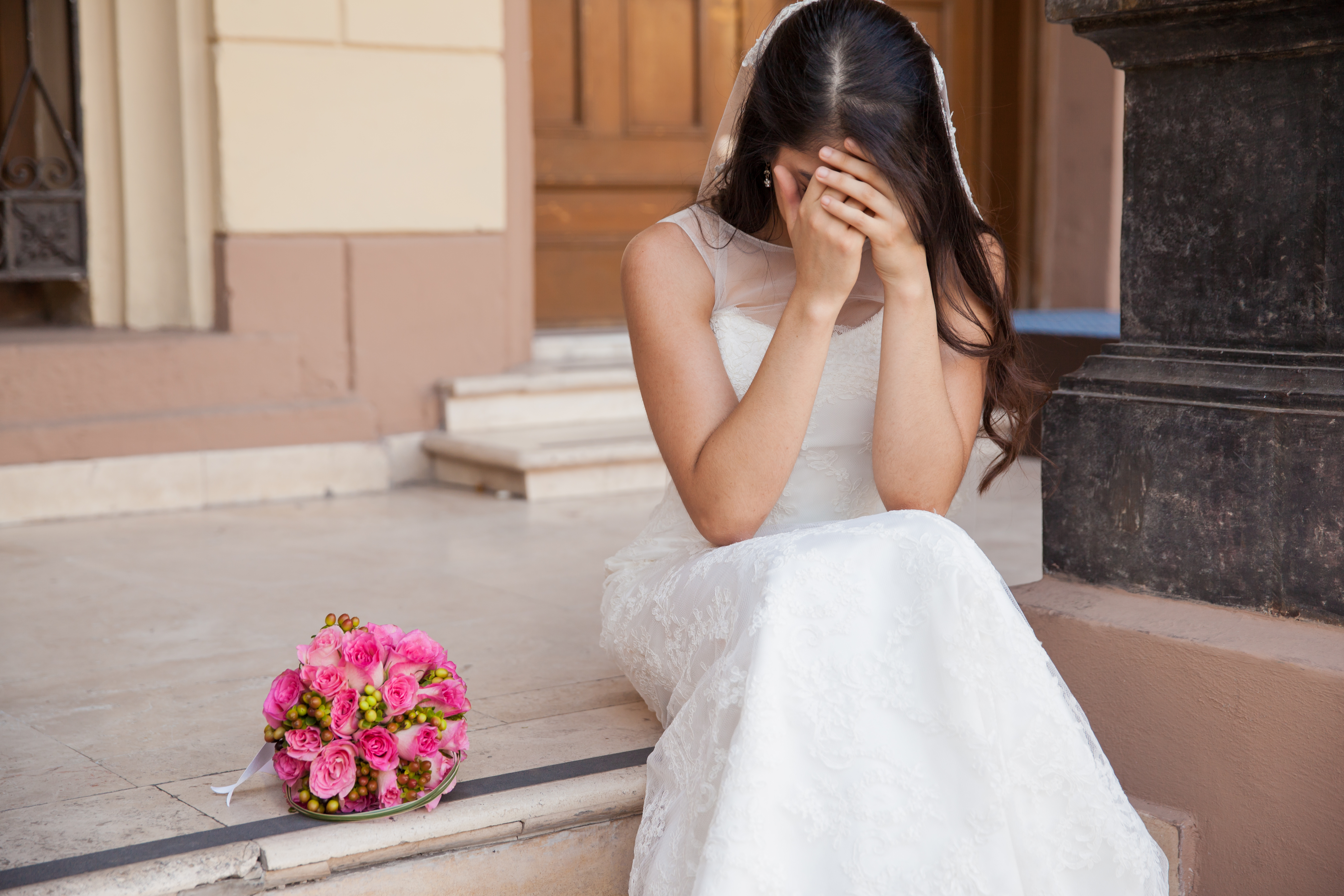 Most brides would be horrified if someone turned up wearing white, but it was more the boots that shocked peopleCredit: Getty

Meanwhile, I uninvited my stepdad from my wedding so my brothers would come – but he’s still paying for it.

Also, I asked my brother for £20,000 for my wedding but he refused and now I won’t take his calls, says young bride.

As well as this, my bridezilla sister won’t have my husband at her wedding as he’s DISABLED – she doesn’t want ‘attention taken from her’.

I’m a bridesmaid for hire and this is the hardest part of my job… And no, it’s not wearing the ugly dresses