Malina lived almost her whole life near the border to Denmark, while Adam, who took his wife’s surname, Wohlenberg, was born in Cork and grew up in Clonakilty until the age of four. Then his family moved to Wales, but they have kept a strong connection to Clonakilty and Rosscarbery over the years.

BY THEIR SIDE: The couple with their maid of honour and best man.

The couple have two wonderful kids, a son Lio who turns three in August and a one year old daughter Zoe. They live in Germany in the house where Malina grew up.

The couple first met in March, 2018, on a dating app and had an immediate connection. They met up two weeks later and their love story began.

“We became friends very quick, it felt like I knew him already a long time…” said Malina.

They were married in Dunmore House in Clonakilty in a civil ceremony on April 14, 2022.

“It was like a dream came true,” said Malina.

Due to Covid, they were grateful that family and friends were able to come.

“We were quite concerned a few times, the wedding could be cancelled or part of our family member couldn’t come. But it all worked out well for us luckily,” said the bride.

“Especially that our siblings, father and mothers were there. It wouldn’t have been the same without them.”

They said everyone who travelled from near and far for the day made it so special. 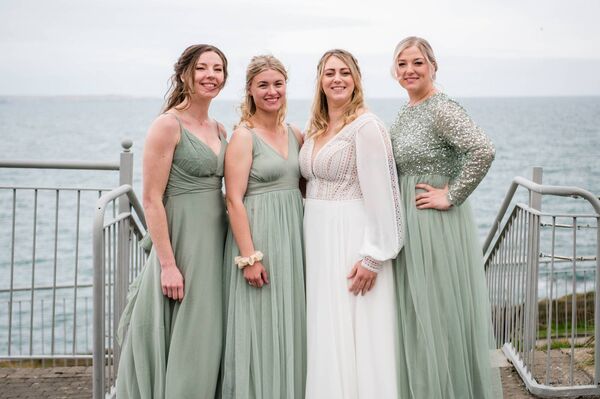 A GREAT SUPPORT: The bride, Malina Deliah Wohlenberg with her bridesmaids, at the wedding reception in Dunmore House, Clonakilty.

They were wed by Kathryn Cashman and the ceremony involved a Celtic ritual called ring warming and also hand fasting.

The reception followed in Dunmore house, with traditional Irish music.

The stunning wedding cake was made by Adam’s aunt Susan Cowhig.

Flowers were from Flicky Howe from Howe Hill Flowers.

Their first song was to More Than A Woman from the Bee Gees.

“Every time I hear that song now it warms up my heart and our kids just love it and start dancing as soon as they hear it,” the bride said.

As to the most memorable part of the day?

“The beginning of the ceremony. The music and seeing all our loved ones together, who had tears of joy in their eyes and were just happy for us. It was a moment neither me or Adam will ever forget,” said Malina.

The couple gave a special mention to photographer Anna Groniecka, who did a fantastic job. 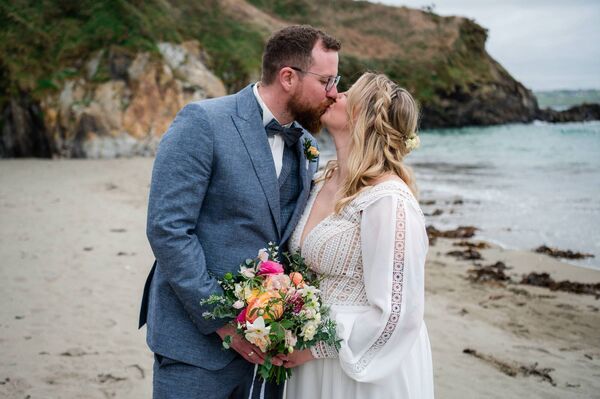