A wedding photographer has shared the top ways guests can ruin photos on a couple’s big day, from spilling wine to not looking at the camera.

Award-winning photographer Elaine Green has snapped more than 400 weddings since 2004, and over the years she’s seen it all.

Green, from Canada, told Newsweek some of the biggest mistakes guests make include making rude gestures and funny faces in pictures and blocking the view of the bride and groom.

Most importantly: “Don’t do anything to upstage the couple,” she advised.

The photographer regularly dishes out advice on wedding etiquette, with her post on the popular question and answer site Quora receiving more than 17 million views and over 3,000 upvotes.

She told Newsweek: “I have been answering questions on Quora for years. Many of my answers have gone viral, but every time it does, I am surprised.”

In the now-viral post that was shared in 2021, Green revealed her top 10 tips to avoid an embarrassing faux pas when it comes to the photos.

Recalling the most disruptive guests, Green, who has been named one of the top five percent of photographers by Wedding Wire, said: “During the ceremony, a guest with a big camera stood right in front to take photos of the bride and groom and continued to do so throughout the ceremony—blocking all of the guests’ view of the couple and my ability to photograph the ceremony. Eventually a groomsman had to lead them away from the altar during the ceremony.”

It’s not just about what you’re doing either, how you dress also has the potential to cause shockwaves at a happy affair. Green said: “Over the past decade, I’ve seen more and more people wear what they want regardless of the fact they’re at a wedding. I’ve seen guests, even vendors, wearing stuff they would wear to paint their deck! There is a mantra ‘anything goes’ nowadays, but these people always stick out in formal photos.”

A little girl stands facing the camera while a bride and groom say vows in the foreground. A wedding photographer’s top tips for being a good guest have gone viral online.
Elaine Green/www.elainegreen.com

“A good guest is empathetic to the bride and groom,” explained Green. “They have dreamt of this day for ages and paid lots of money for everything to run smoothly. It would be respectful as a guest to be on time, behave politely and dress appropriately.”

Statistics from The Wedding Report reveal that couples spend over 10 percent of the wedding budget on photography and video, while Value Penguin revealed that the average cost of professional photography is around $2,000.

“Don’t have your phone out in the aisle trying to record it all,” explained Green. “Be in the moment. When the photographer asks you to look at the camera for formal photos, please do so, these are photos that people will enlarge and look at forever. When in doubt, smile!”

In September 2021, this guest’s printed white dress sparked debate online. Later in the year, the internet supported a woman who was accused of upstaging the bride after weight loss. 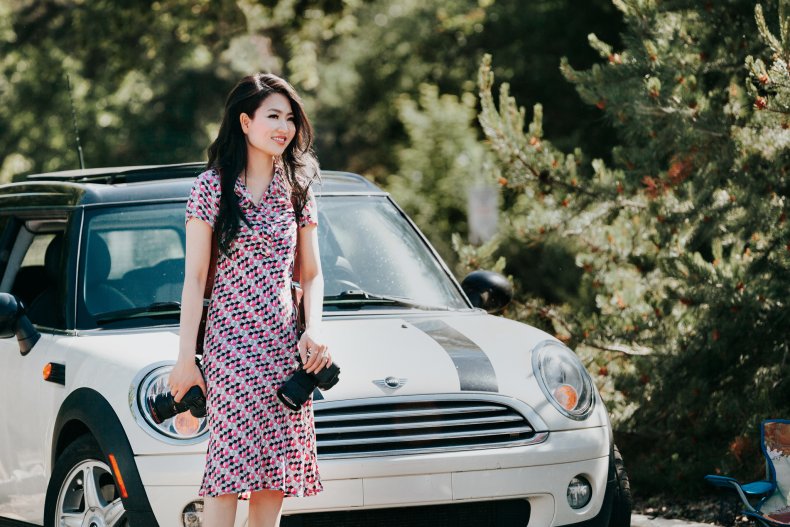