A wedding photographer is dividing the internet after sharing a marriage longevity theory that says there are three telltale signs on whether a couple will go the distance.

In a TikTok video titled “3 signs a couple may split,” Arkansas-based photographer Shayla Herrington relayed a theory she once heard when she worked with a wedding photographer who had more than a decade of experience.

“They told me they could always tell if a couple will last or not…I was really interested to hear their theory on this,” Herrington explained at the start of her 53-second clip.

“The first indicator is one of the spouses will take more than three family photos without the other spouse,” she continued. “This one kind of makes sense to me. You might get a few alone with your mom and dad, but to kick them out of more than three photos just seems a little suspicious.”

Herrington said the second red flag is when the wedding party avoids talking about the other spouse during get-ready photos or toasts, which might mean “they don’t like” the chosen spouse.

“The last indicator is one of the spouses will spend more time with friends or family at the reception rather than their spouse,” Herrington concluded.

Herrington went on to ask her followers if they agree with the three-part theory and the responses were mixed.

Several photographers and separated partners agreed that the theory might be rooted in truth.

Arkansas-based wedding photographer Shayla Herrington shared a marriage longevity theory that says there are three telltale signs on whether a couple will go the distance.
(iStock)

An anonymous user also agreed, wrote, “Yep. My EX husband didn’t spend time [with] me at the wedding and his groomsmen didn’t even say hi to me at all.”

“I heard another photographer say if a spouse smushes cake in the other’s face it’s a good indication it won’t last because it’s rooted in humiliation,” another commenter shared.

WOMAN’S LENGTHY, CONSIDERATE BRIDAL PARTY SURVEY GETS PRAISE: ‘EVERY BRIDE SHOULD DO’

Other TikTok users who disagreed with the theory or felt that it wasn’t 100% accurate discussed their thoughts in the comment section.

“I think the photo one is farfetched especially if siblings want a picture all together and the parents and maybe grandparents,” one commenter wrote. “It can be more than 3.” 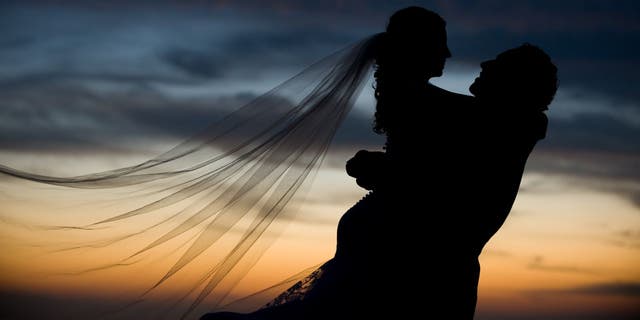 Shayla Herrington went on to ask her followers if they agree with the three-part theory and the responses were mixed.
(iStock)

A more forgiving commenter wrote, “The last one is hard because you’re supposed to also be a good host. I spent my whole wedding running around making sure everyone was having fun.”

“Married 30 years. Hardly saw him at the wedding,” another TikTok user shared. “We are confident in each other. No need to cling!”

“[It] includes the portrait combinations the couple would like to do. (Looks like this: Bride + Groom + Bride’s Immediate Family) I never stray from this list at any wedding,” Herrington wrote in an email. “I think if the list contains a bunch of combinations that don’t include one of the spouses that could be in line with the first indicator.”

She continued, “Most of the time the initial list I’m given doesn’t include combinations without one of the spouses. I’d say a majority of the time the bride or groom will decide to stray from that list on the wedding day and may ask for combos that don’t include the other spouse.” 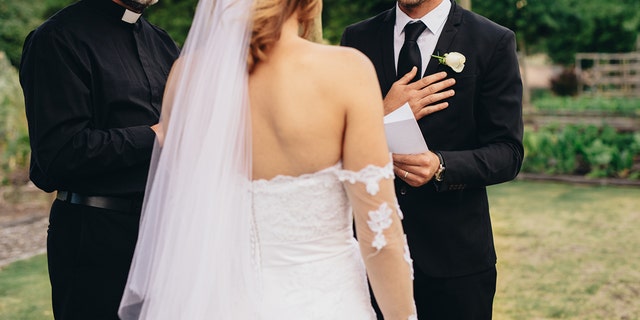 Wedding photographer Shayla Herrington tells Fox News that most couples deliver a shot list of the family photos they want ahead of the actual wedding day, which tells photographers which images to prioritize.
(iStock)

Herrington noted that she’s been shooting weddings for five years and has only seen one couple split up shortly after they tied the knot.

“I shot their wedding earlier this year, but I didn’t notice any of the indicators I mentioned in that video,” Herrington noted. “I think in their case they were definitely in the puppy love phase but once they moved in together after the wedding they quickly found out they weren’t compatible.”

Herrington’s theory video went up on Tuesday, Nov. 9 and has amassed more than 175,800 views.