There are some wedding outfits that are borderline inappropriate, leading to robust debate. Then there are those that are so clearly out of line that debate isn’t necessary.

A recent example of this comes courtesy of a post on Reddit in the ‘Wedding Shaming’ thread, with a content creator from sharing a screenshot of a dress being given away in Dundalk, Ireland, having been worn just once.

The ad read: “Found one in the wild lads. Worn. That poor bride.”

We then see the screenshot featuring what can only be described as a wedding dress, purportedly worn by a MIL (mother-in-law) to a recent nuptials.

The ad reads: “Agata Nicole. Mother of the groom dress. Perfect condition worn only for a few hours.”

Agata Nicole is a famous creator of wedding gowns, prompting questions of the MIL’s intentions in purchasing a dress from the designer. 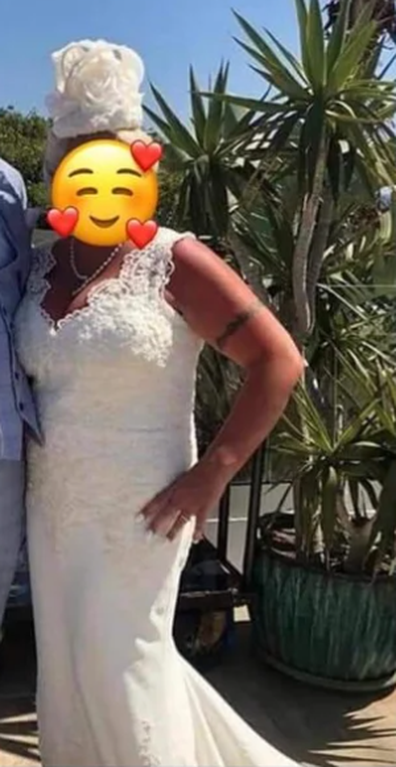 Agata Nicole is a famous creator of wedding gowns. (Reddit)

Reddit followers were quick to sympathise with the bride over what they deemed inappropriate behaviour by the MIL.

“Fascinator and everything. Damn… she came to play,” one commented.

“And train,” added another.

“Even her nails are white,” one person observed. 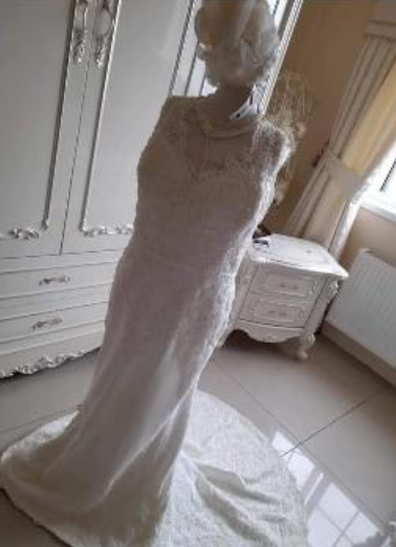 ‘Fascinator and everything. Damn… she came to play.’ (Reddit)

One commented: “When I first looked at the picture I thought ‘why are we shaming this? That’s a lovely wedding dress’. Then I read ‘mother of the groom dress’. Holy s**t that is so inappropriate to wear to your son’s wedding.”

“MILs wearing wedding dresses to their sons’ weddings is borderline incestuous,” another commented.

“Emotional incest is a thing. It’s weird,” another claimed.

“I live in Dundalk and I’m not surprised,” another wrote.

One person commented: “That fascinator is also obnoxious as heck. Why is it so big! It looks like a shower loofa.”

Another joked: “Only worn for a few hours because the bridal party jumped her in the bathroom and ripped it off her.”

20 interesting wedding traditions from around the world