Olivia Foxworth didn’t start out as a villain. Before she became the sinister woman who locked her grandchildren in the attic, she was a young bride swept off her feet by the dashing Malcolm Foxworth. But Olivia soon discovered romance was in short supply at Foxworth Hall, as seen in Lifetime’s four-part limited series Flowers in the Attic: The Origin, which premiered July 9. It’s based on V.C. Andrews’ book Garden of Shadows.

The first episode of Flowers in the Attic: The Origin explored the circumstances that led to Olivia’s marriage to Malcolm and the dark secrets she discovered once she arrived at her new home of Foxworth Hall. Episode 2 airs July 16. Before diving into that episode – which will feature new characters and more creepy developments – here’s a recap of the first episode.

[Warning: This article contains spoilers for Flowers in the Attic: The Origin Episode 1.]

Malcolm Foxworth sweeps Olivia off her feet in ‘Flowers in the Attic: The Origin’

Kelsey Grammer and Alana Boden in ‘Flowers in the Attic: The Origin’ | Lifetime

Having realized that her husband is a monster, Olivia makes plans to flee Foxworth Hall and return to her father. But just as she’s preparing to leave, John Amos arrives. Her father has died of pneumonia and her childhood home has been sold to pay his debts. She never received word of his death because Mrs. Steiner has intercepted her telegrams. Olivia has no choice but to remain with Malcolm.

The discovery that she’s pregnant offers Olivia some solace, though Malcolm is upset that the baby is not a girl. Later, she gives birth to a second baby boy, and the doctor tells Olivia she can’t have more children, destroying Malcolm’s hopes of having a daughter.

Sometime later, Malcolm’s father Garland Foxworth (Kelsey Grammer) returns to Foxworth Hall with his very young wife in tow. Alicia (Alana Boden) is heavily pregnant, and she soon gives birth to a boy named Christopher. Olivia can’t help but be aware of the stark difference between Garland and Olivia’s affectionate relationship and her marriage to Malcolm. But she forges a tentative friendship with Alicia nonetheless. Malcolm seems disgusted by his father’s marriage, but he’s also captivated by Alicia. After all, as Nella tells Olivia, Malcolm “loves beautiful things.”

The episode ends with Olivia taking a stand 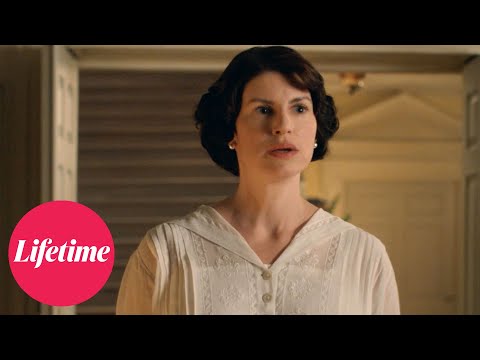 What to expect from the next episode of ‘Flowers in the Attic: The Origin’

Olivia has the upper hand now, but how will things play out in episode 2? A teaser suggests a major jump forward in time, with Hannah Dodd appearing as Corinne Foxworth, the mother of the Dollanganger children from Flowers in the Attic. Luke Fetherson plays Alicia’s and Malcolm’s now-adult son Joel and Buck Brathwaithe plays their son Mal. Jordan Peters portrays a new character named Harry.

Flowers in the Attic: The Origin Episode 2 airs Saturday, July 16 at 8 p.m. ET on Lifetime.

RELATED: How ‘Flowers in the Attic: The Origin’ Will Handle Taboo V.C. Andrews Subject Matter