In Tuscany, Ashland spots Victoria sitting alone and wishes her good morning. He admits he didn’t sleep well because she wasn’t in his bed. Victoria raises an eyebrow, “So I’m the reason for your insomnia.” She also did more thinking than sleeping. Ashland wants to know where her head is at… and more importantly, her heart. “Are we having a wedding?”

More: A baby for Justin Hartley and Sofia Pernas?

Just then, Nikki and Victor arrive, all smiles. Victor observes that it’s going to be beautiful outside for a wedding. Victoria turns the conversation to Summer and Kyle’s wedding, which Nikki gushes was just beautiful. She raves about Summer in her exquisite Marchetti gown and how in love Kyle is with her. Victor and Nikki chuckle over Harrison as the adorable ring-bearer. Nikki asks if everything is okay and Victoria assures her it’s fine. She takes her mother to the terrace, leaving Ashland with Victor.

Victor tells Ashland he has news from home that has him concerned. On the terrace, Victoria updates Nikki that Ashland has come clean about how he acquired his news stations — there was something to Billy and Nick’s suspicions after all. Nikki learns that his empire is built on a crime and worries it’s not the last secret. Victoria won’t tolerate any more lies and wishes he’d come to her with this in the first place. Nikki offers to help call off the wedding.

Inside, Victor elaborates on Billy becoming a problem and Adam keeping tabs on him. Ashland’s not concerned until Victor reveals that he’s lost track of Gaines. Victor assures him he won’t let anything ruin the wedding.

On the terrace, Victoria tells her mother that this wedding has to happen in order to protect the merger. “It has to happen, mom.” Victoria stresses that they have to contain this. Nikki’s concerned about her personal feelings and questions if the two of them can have a happy marriage. Victoria will handle it, but her one concern right now is Billy, who is determined to derail the wedding. He’s been leaving her messages. He can’t change her mind but he can cause problems if he finds proof of the crime and decides to expose it. 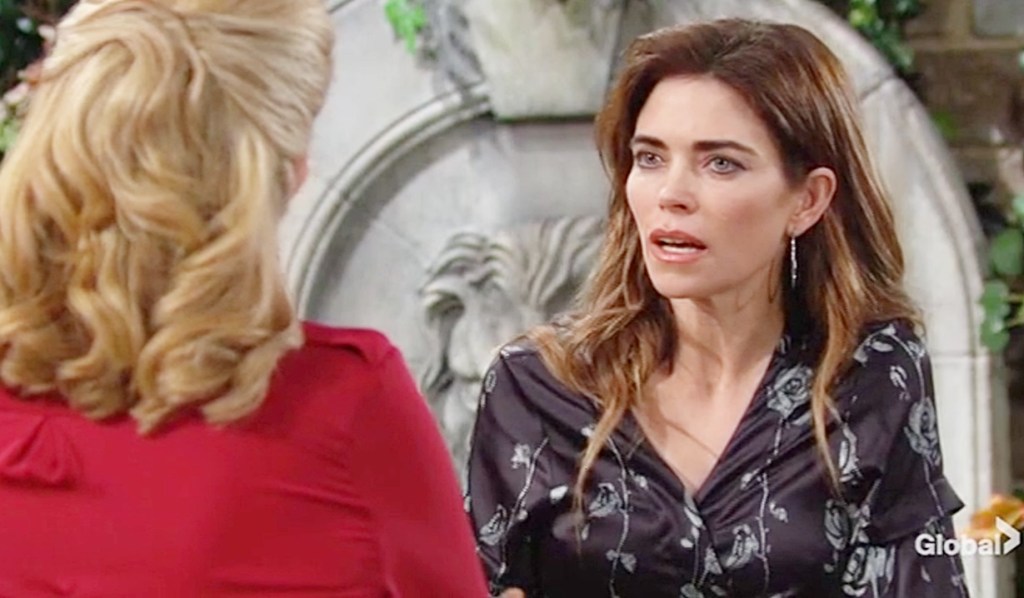 In his apartment, Billy is on the phone telling someone about a change of plans; he’s flying to Italy early and Victoria’s not taking his calls. As he disconnects, Gaines, who is loading a bag with stacks of cash, muses, “Putting out fires, huh? Seems like you’re more interested in burning everything down.” 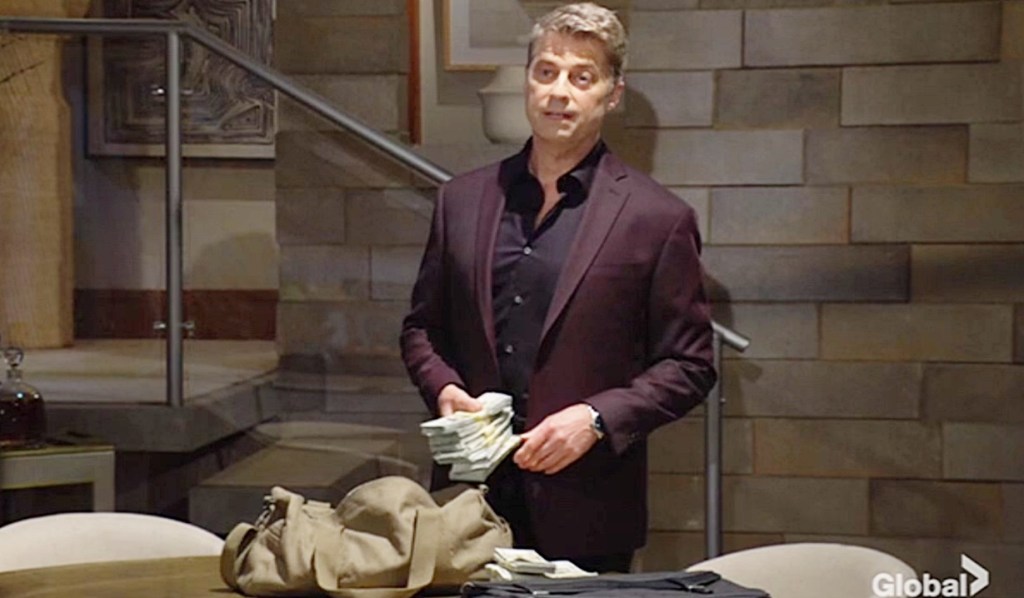 Over beer, Billy and Gaines marvel at Locke changing Camila Rhodes’ will. Billy won’t allow him to walk out with the money, which he provided personally to ensure Victoria doesn’t make a huge mistake, until Jessie provides proof of his claims. Gaines holds up a copy of the letter Camila wrote indicating that she wasn’t leaving Ashland any money. He won’t hand it over until he’s guaranteed protection. Billy will go over the exit plan with him, and urges him to read the letter aloud. Gaines does so. Billy also wants proof that his father and Ashland wrote a new letter as a codicil to the will. Jessie relays that his father destroyed the evidence. He complains that Ashland is a bastard who convinced his father he was wronged and manipulated him into changing the will.

Billy notes Jessie’s bitterness toward Ashland. Gaines reminds him he said it was personal. Billy wants to know why. Gaines was sickened by how his father took to Ashland and sang his praises. He describes finding the original will and letter, and deciding to take it. He kept it a secret until his father died, and became angrier and angrier toward Ashland. Billy doesn’t think it sounds like his father was blackmailed in any way. Gaines snaps that his father was a straight-shooter his whole life until he met Locke. He’s sure the knowledge of the crime drove him to an early grave. Billy mentions Ashland’s terminal illness. Gaines muses that it made him seem almost human, but he’s a fraud and a master-manipulator. “I want to blow up Locke’s life while he’s still alive to suffer.” 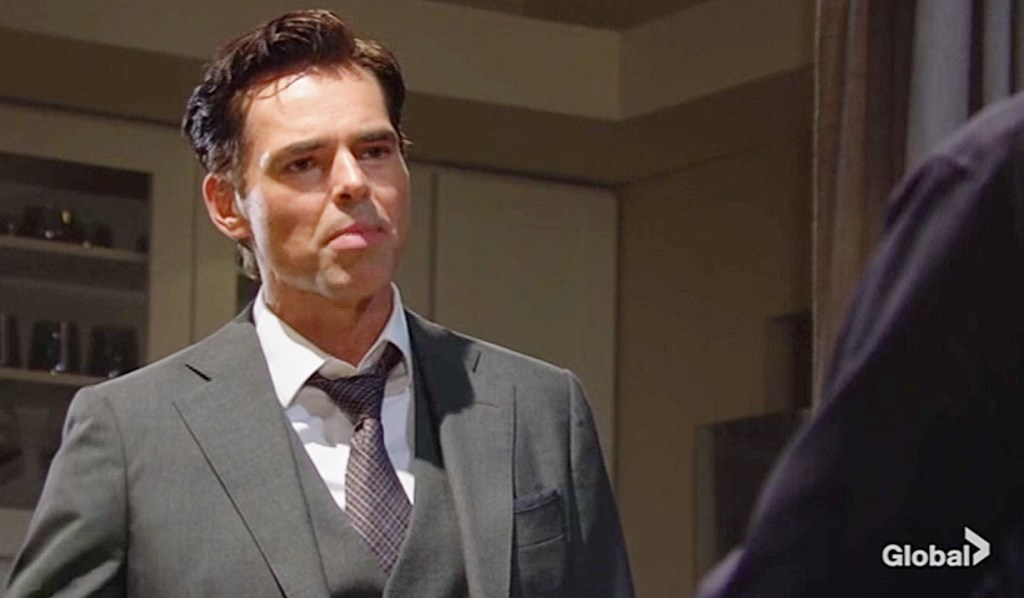 At Society, Chloe and Sally debate using gossip mongers to generate publicity. Sally notes if they publish the news, they looks self-serving. Chloe muses that now all she has to do is fly to Italy and convince Victoria to wear the dress. “What could go wrong?” Sally reminds her this is all they ever wanted. They toast and Chloe urges Sally, “You should really get ready soon.” She wants to come to the airport with her and get one last glimpse of the wedding dress that is going to change their lives. 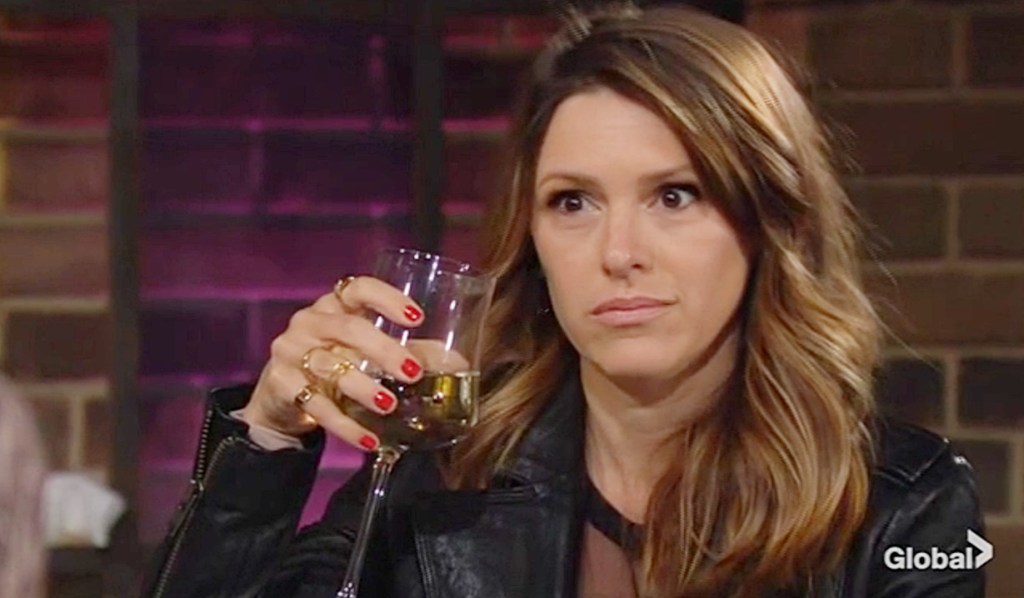 On the coffee house patio, Adam’s on the phone and says he has to find Gaines before he leaves for Italy. After, Sally arrives as Adam wraps up a call with Connor. Adam’s contact rushes in immediately after and says, “I have an update on Jessie Gaines.” 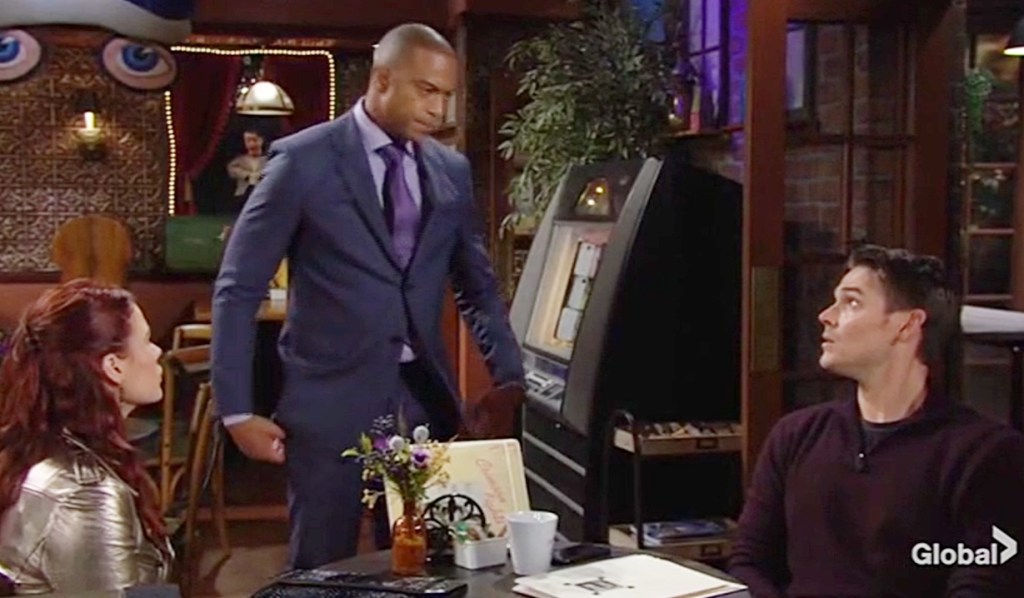 Adam steps aside with the contact and learns that Gaines is at Billy’s place. He’ll take it from there. Adam rejoins Sally and says he’ll meet her at the airport as she questions all the “cloak and dagger” stuff. Suddenly, Adam gets a notification on his phone, looks at it, and says to her, “You just can’t help yourself, can you?” He’s had a request from a reporter looking for a comment on a rumor about Sally going to Tuscany. Adam rails that he’s going to a family wedding and this makes it look like a self-serving business trip! Chloe appears and says it wasn’t Sally, it was her. She told a friend and “you know how fast gossip travels.” Adam holds his head. He will give Sally a ride over there but that’s it. He won’t help her get an audience with Victoria. Sally thanks them both for having faith in her. Adam says he will discuss it more later, and walks out. 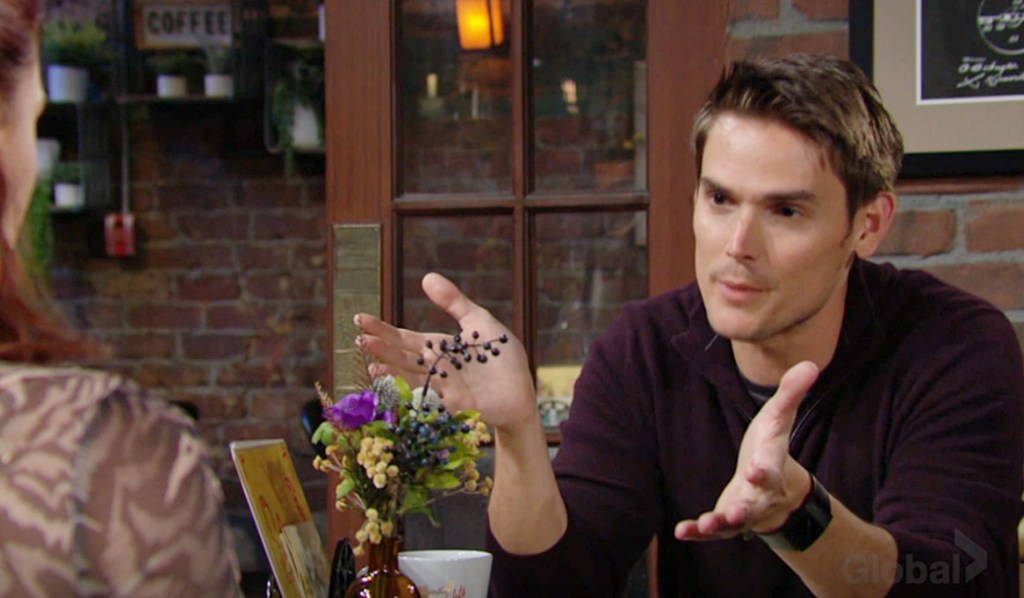 Sally tells Chloe she owes her for covering for her. Chloe just needs her to guard the dress with her life on this trip. She still worries that Adam’s right and it will be a wasted trip, and warns her not to cross their boss. Chloe can’t believe she’s hitched her wagon to someone nuttier than her. “Please, just let Victoria say yes to the dress!”

In Tuscany, Ashland tells Victor how much it bothers him that all of this is causing Victoria pain — she gave him a reason to live. He’s the only one to blame — his past came back to haunt him. Victor respects him for taking responsibility and for coming clean with his daughter. Ashland just hopes it doesn’t mean he’ll lose Victoria. 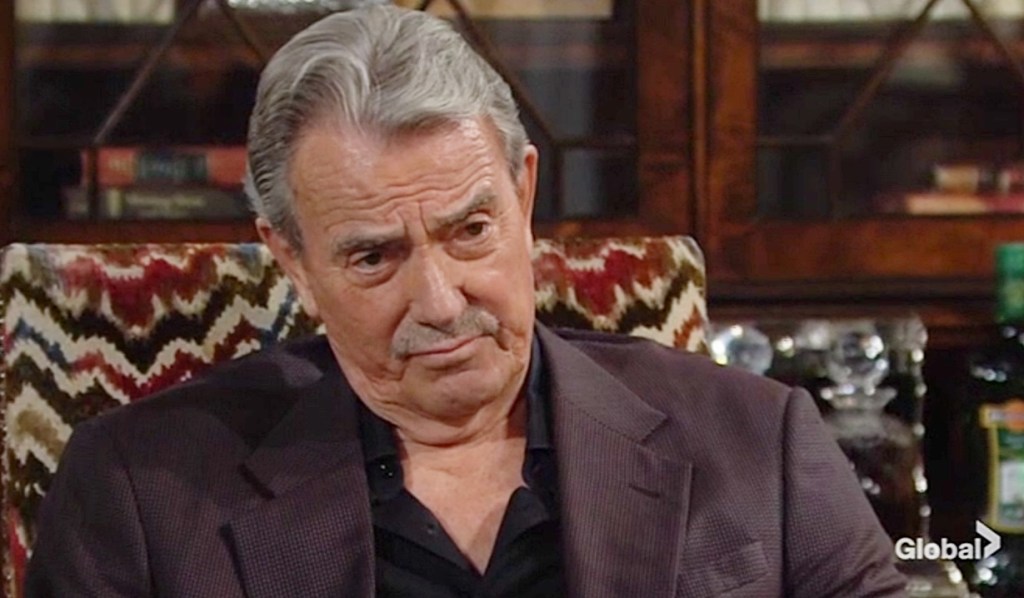 On the terrace, Nikki continues to debate with Victoria about whether she should marry Ashland, while also getting in a pitch for Nick to be invited again. Victoria feels no marriage is perfect and points out that he didn’t hurt their family. Nick should have been there for her and he wasn’t. Nikki asks how she feels about Ashland. Victoria bleats, “I don’t know.”

More: Tribute to CBS soap actor who died of suicide

At Billy’s place, Gaines figures Victor Newman doesn’t see what Ashland did as all that bad and questions why Billy is out to get Locke. Billy has caused Victoria enough pain and doesn’t want to see her hurt any more. He’s going to Italy with this news and informs Gaines he’s coming with him — Victoria won’t believe him unless she hears it from the horse’s mouth.

In the palazzo, Victoria reappears with Nikki and tells a relieved Ashland that the grounds look perfect for their wedding. She shows her parents to their room. 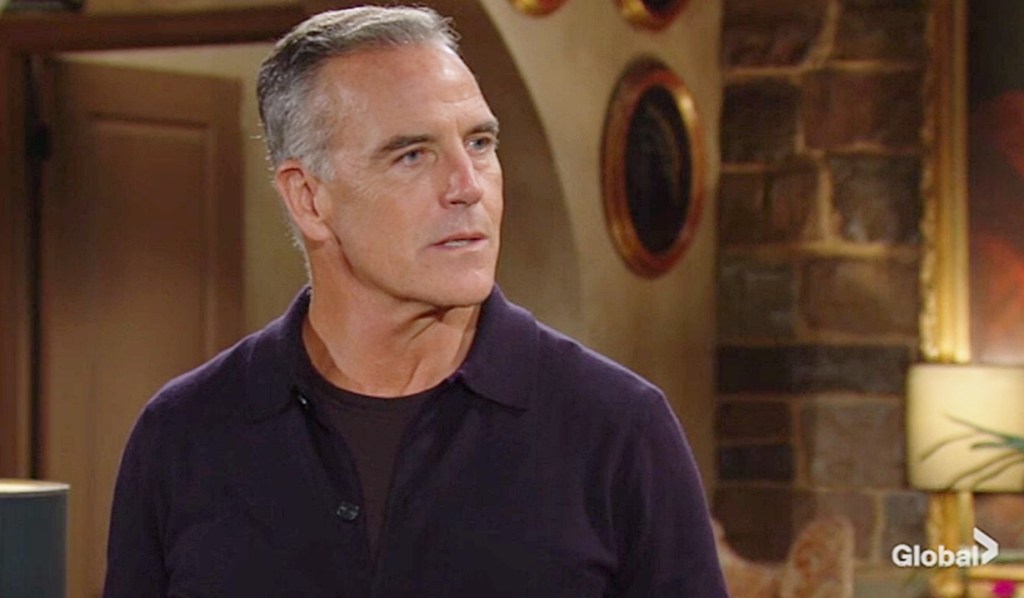 Upstairs, Victoria tells Nikki and Victor that Nate and Elena will be flying in later. Nikki goes to make arrangements for a lunch when Victor asks to speak to Victoria alone. He gathers Ashland has told her everything and lets her know he’s been filled in himself, then asks her to forgive Nicholas, who was trying to protect her. He was looking forward to the family being together at this event. Victoria can’t forgive so easily; he’ll have to earn her forgiveness. Victor’s taken aback. 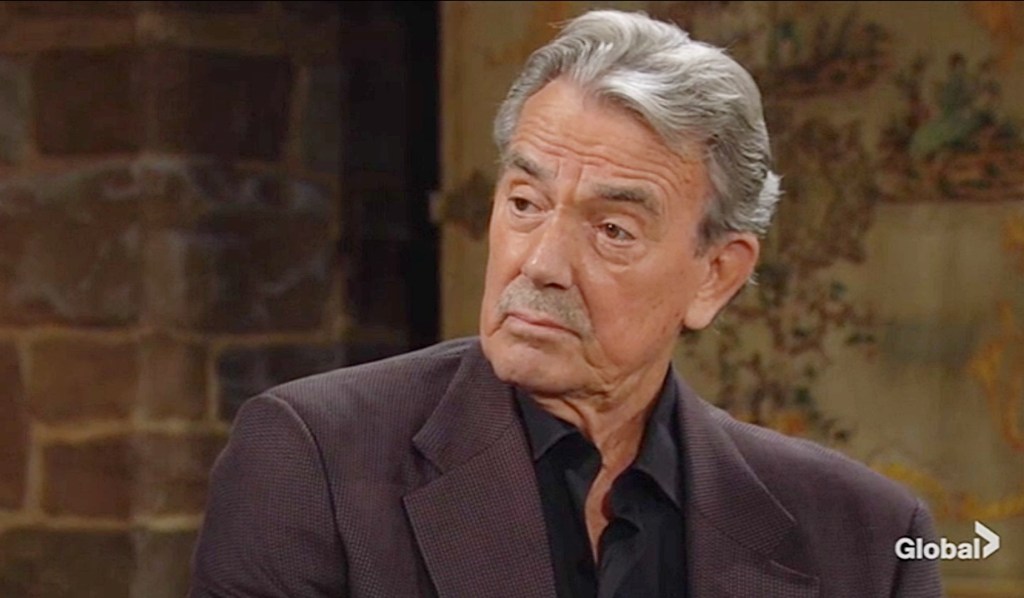 Victoria thanks her father for everything he’s done and he lets her know he paid Gaines off because he’s never seen her happier than she is with Ashland. It’s good for the company but mostly it’s good for her. Her happiness is more important than anything. Victoria assures him she’s going ahead with the wedding.

Downstairs, Nikki lets Ashland know she has serious doubts about him what with everything she now knows. Victoria is covering up how much she’s hurting. She appeals to Ashland, who realizes she wants him to call things off. Nikki says that if he truly cares about her, he’ll relieve her of this burden.

At Billy’s place, he tells Gaines to hide when Adam knocks at the door. Billy asks to what does he owes this unpleasant surprise. Adam’s looking for Jessie Gaines and wonders if Billy is actually going to pretend he doesn’t know who he’s talking about. Billy tries to get rid of him by saying he has to get ready to leave, but Adam informs him he can relax and sleep in — he’s not going to the wedding!

Next on The Young and the Restless: Mariah surprises Tessa.

Worried what Sally will get up to in Italy? Maybe you can figure it out by looking back on Sally Spectra’s defining moments in photos in the gallery below.