A former aide to the Duke and Duchess of Sussex who now works for their charity has been made a Member of the Royal Victorian Order during a ceremony at Windsor Castle.

Clara Loughran, who served Prince Harry from 2015 until he left the UK and handed Meghan her wedding flowers in 2018, has been awarded the honour by the Princess Royal today.

The prestigious accolade recognises distinguished personal service to members of the monarch’s family.

In her time serving the Sussexes, Mrs Loughran also helped to organise their public engagements and accompanied them on their royal tour of Australia, Fiji and Tonga in her role as the couple’s senior programme coordinator in 2018.

Clara Loughran, an ex aide to the Duke and Duchess of Sussex who now works for their charity has been made a Member of the Royal Victorian Order during a ceremony today (pictured) 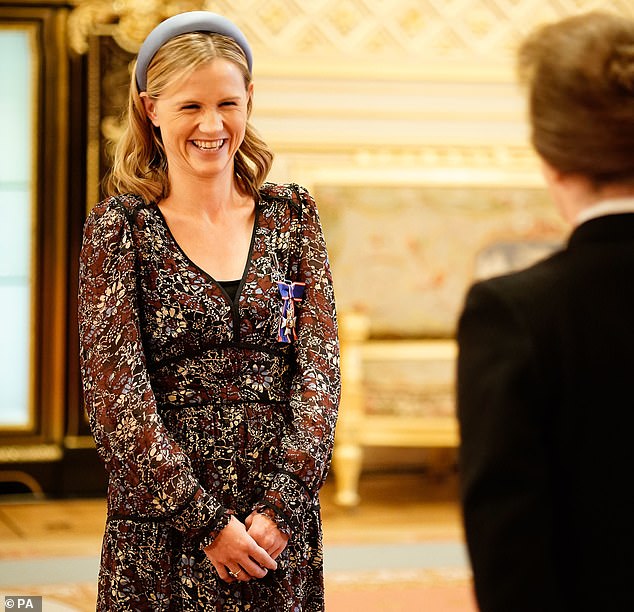 Clara, pictured laughing as she collects her honour from Princess Anne, was one of two aides who lost their job when Prince Harry and Meghan Markle moved to America in March 2020 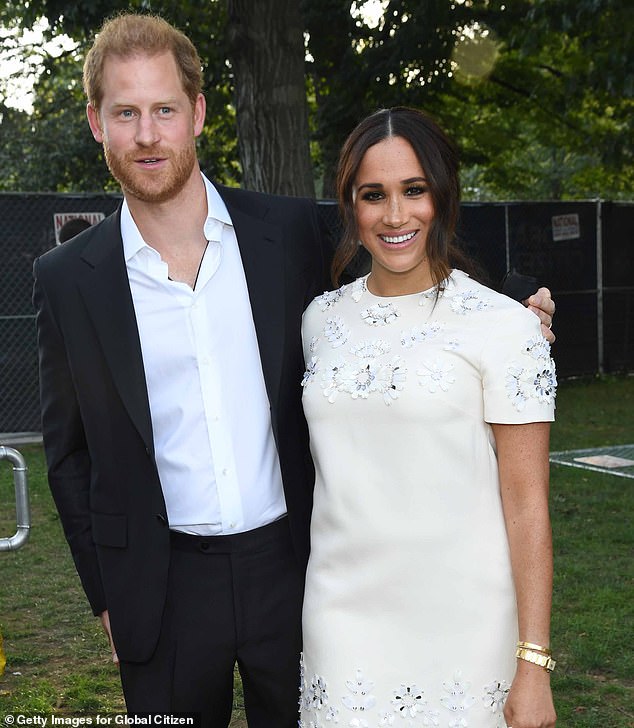 She lost her position as a royal aide when the Duke and Duchess of Sussex left the UK and moved to the US in March 2020.

But in December last year, it was revealed Mrs Loughran had been hired by the couple on a freelance basis to work on charity projects in the UK on behalf of their Archewell Foundation.

Mrs Loughran, who is originally from New Zealand, was previously employed in Prince William and Kate Middleton’s household.

She is currently married to Harry’s former assistant communications secretary Nick Loughran and had worked for the prince since 2015, organising his official engagements and charitable initiatives.

Mrs Loughran was one of two palace aides who lost their jobs when Harry and Meghan left the UK, along with Beth Herlihy.

It is understood she was made a Member of the Royal Victorian Order by the Queen on Harry’s recommendation. 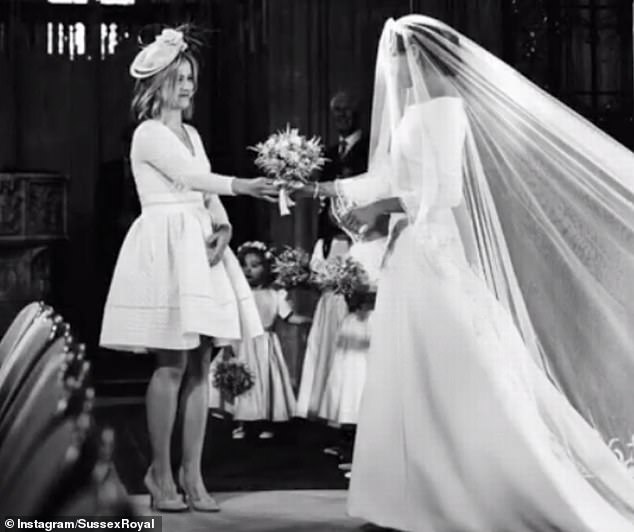 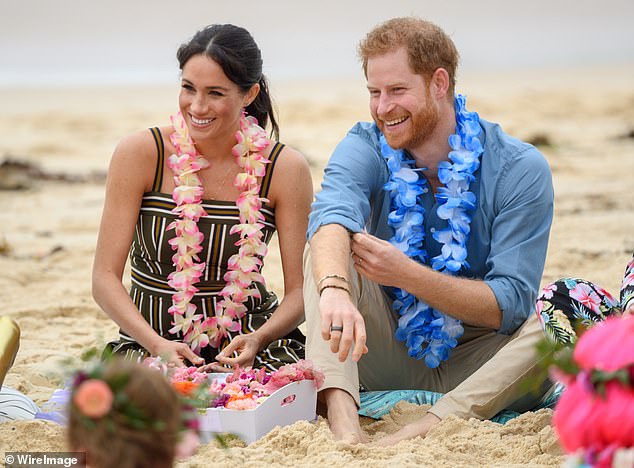 The 35-year-old was not alone in receiving honours at Windsor today. Bond film director Sir Sam Mendes was knighted alongside a host of famous faces, including stars from the entertainment world and political luminaries.

The cinema heavyweight has been recognised for services to drama at a ceremony which was hosted by the Princess Royal, while stars of the small screen including Vicar Of Dibley co-writer Paul Mayhew-Archer and Emmerdale theme tune creator Tony Hatch also received honours.

Sir Sam won Best Director at the Oscars in 1999 for his first film, American Beauty, and he co-wrote, directed and produced the Oscar-winning 1917 in 2019, which was inspired by his grandfather’s stories of the First World War.

Next autumn marks his first foray into solo screen writing, with the release of Empire Of Light, starring Olivia Colman.

Set on the south coast of England in the 1980s, the film will also be directed by Sir Sam alongside cinematographer Roger Deakins and producer Pippa Harris.

Meanwhile, Mayhew-Archer, 68, who was diagnosed with Parkinson’s in 2011, will be made an MBE for services to people with the disease after presenting an award-winning BBC comedy documentary about his experience in 2016. 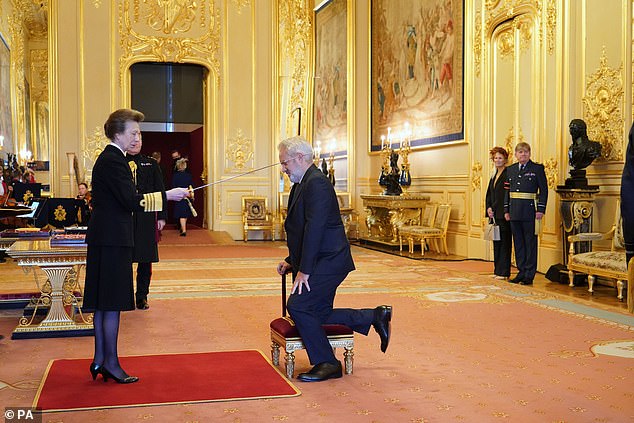 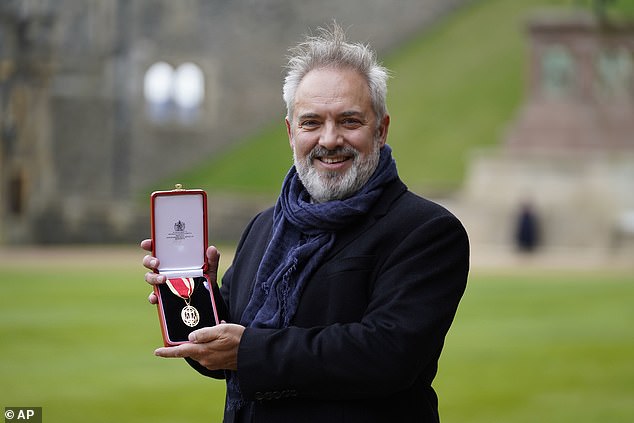 Sir Sam (pictured with his accolade) won Best Director at the Oscars in 1999 for his first film, American Beauty, and he co-wrote, directed and produced the Oscar-winning 1917 in 2019

Hatch, 82, whose songs have been featured in more than 100 films and countless TV productions while being performed by stars including Sir Paul McCartney, Frank Sinatra, Dolly Parton and Dame Shirley Bassey, will collect an OBE for services to music and charity.

Dr Ibrar Majid, a surgeon who treated the young victims of the Manchester Arena terror attack, will collect an MBE for services to healthcare and community development in the city.

Meanwhile, political power couple Sharon White and Robert Chote will be made a Dame and a Knight.

Dame Sharon, the first female chairwoman of the John Lewis Partnership and former boss of media watchdog Ofcom, is being recognised for her public service, while eminent economist Sir Robert, ex-head of the Office for Budget Responsibility, is honoured for services to fiscal policy.

Professor Mark O’Shea, a world authority on reptiles, is receiving his MBE for, among other things, snakebite research.