Representational image of a bride and groom holding hands. — Pixabay/OlcayErtem

A man’s best friend “stole” his wife’s heart on the day of their wedding after he delivered an emotional speech.

As reported by New York Post, the woman — identified as Desiree White, 32 — decided to divorce her husband and remarry his best friend, Bryant, because he had confessed to being in love with her while delivering his best man speech.

“He said, ‘I remember the first moment I saw Desiree, I loved her. I fell in love with her. I knew she had to be mine. I thought she was the most beautiful person I’ve ever seen in my life,’” said Desiree, who had tied the knot in 2010.

“He said, ‘She’s the best person I’ve ever met. I’ve never met anyone like her. Then I found out she already had a boyfriend and I thought I needed to find out a way to get her, but then I met [White’s ex-husband] and we became friends,’” the woman recalled, according to the publication.

Desiree said that following the speech, Bryant felt really embarrassed and the situation got awkward, but the 200 guests who attended the wedding laughed it off.

“Bryant and I met each other in class at high school,” the woman told Kennedy News, adding that at the time, she was dating someone else so she had little to no interest in him. 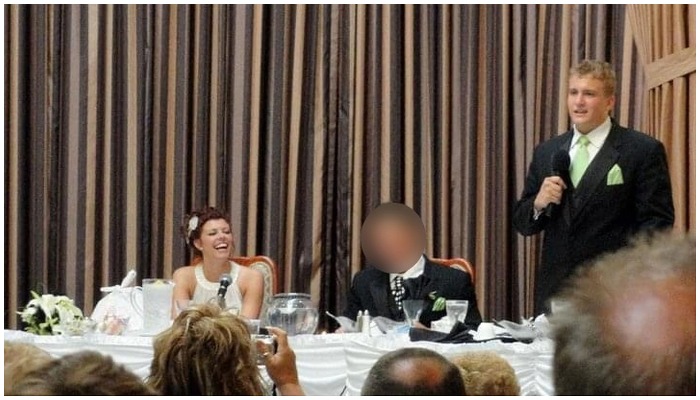 But when she showed him a picture of her then-boyfriend, Bryant recognised him from school and they became best friends.

“Bryant and my ex-husband became best friends and, because they were guys, they did a lot together. They did everything together,” she said.

Per the piece, the identity of Desiree’s former husband has not been revealed.

She told the news outlet that it wasn’t only the speech that melted her heart, but on the day of the wedding, he even asked her to dance with him.

“Why didn’t you ever give me a chance? I would have always taken care of you,” Bryant had said during the dance. He confessed his love to the woman, said that he is also in love with his best friend [the woman’s husband] and then fell silent.

The woman said that a year later, her marriage to her husband started developing problems.

“When [my ex and I] broke up and divorced, I went through a depression and was really secluded myself. I just didn’t want to make an effort for anything,” she said.

At that time, Bryant “showered her with emotional support during the separation.”

“He’d ask me to eat with him or hang out and watch a show. He was trying to be there for me.”

My Fiancé Keeps On Delaying Our Wedding—What Should I Do?

Richa Chadha-Ali Fazal leave for Delhi for their wedding, find out all the details of their nuptials