KOURTNEY Kardashian was spotted wearing a short black dress and holding Travis Barker’s hand while he was shirtless, amid rumors that the couple is “getting married this week.”

Travis, 46, and Kourtney, 42, were out in public together in West Hollywood. 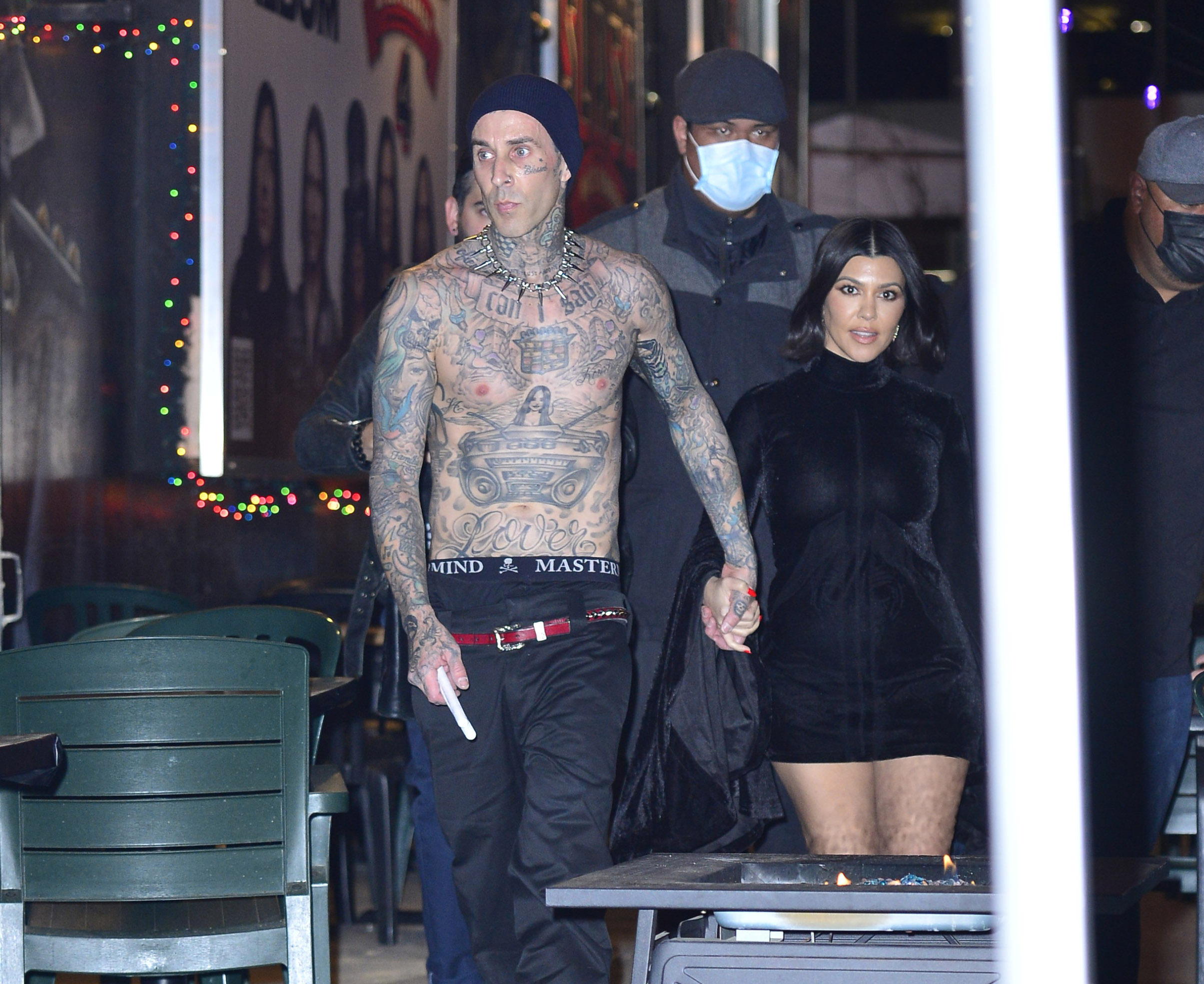 Travis strutted around shirtless while holding hands with his bride-to-beCredit: Getty Images – Getty

The two were heading off to the Roxy Theatre, where Avril Lavigne, 37, was holding her concert.

The Keeping Up With the Kardashians alum rocked a stunning black dress.

Kourtney smiled at the cameras as she held hands with her fiancé.

Travis decided to ditch his clothing – except for his pants – as he headed off to the venue topless.

The rock star continued to be shirtless as he pounded the drum set with his sticks at the concert.

Kourtney’s nails were painted red during the outing, which fans recently speculated means that a wedding is expected to take place in the upcoming week.

The pair’s outing also took place right when Kourtney’s pastor and longtime friend Chad Veach was recently spotted at Rosewood Miramar Beach – the place where Travis asked Kourtney to marry him back in October 2021.

Another fan pointed out that gossip site Deux Moi received a blind item that claimed an “A-list couple” would be reportedly getting hitched on Tuesday, February 22.

The post read: “This A-list extremely good-looking couple is tying the knot in an intimate (family only) ceremony on 2-22-22.

“Expect a larger celebration with an expanded guest list later this year, most likely abroad.”

Fans speculated that all these clues pointed to Kourtney and Travis getting married at the Rosewood Miramar.

One person wrote: “Is it just a little bit ironic that Travis and Kourtney’s pastor is casually staying at the Rosewood Miramar(where they got engaged/their fav place) and Kourtney is wearing her wedding nails with Travis Barker’s initials on her ring fingers? It’s this week isn’t it?”

Back in January, sources claimed that Kourtney wanted to get married on the beach in Montecito, where they had gotten engaged.

An insider told Life & Style at the time: “]Kourtney] is imagining exchanging vows on the beach surrounded by red roses and candles, much like their engagement.

“She is talking with event planner Mindy Weiss and florist Jeff Leatham, who she and Travis have worked with so many times to bring their romantic vision to life.”

The insider concluded: “The day will be about their families blending together.”

There are also rumors that the TV star may be pregnant as she is said to have dropped various “clues.” 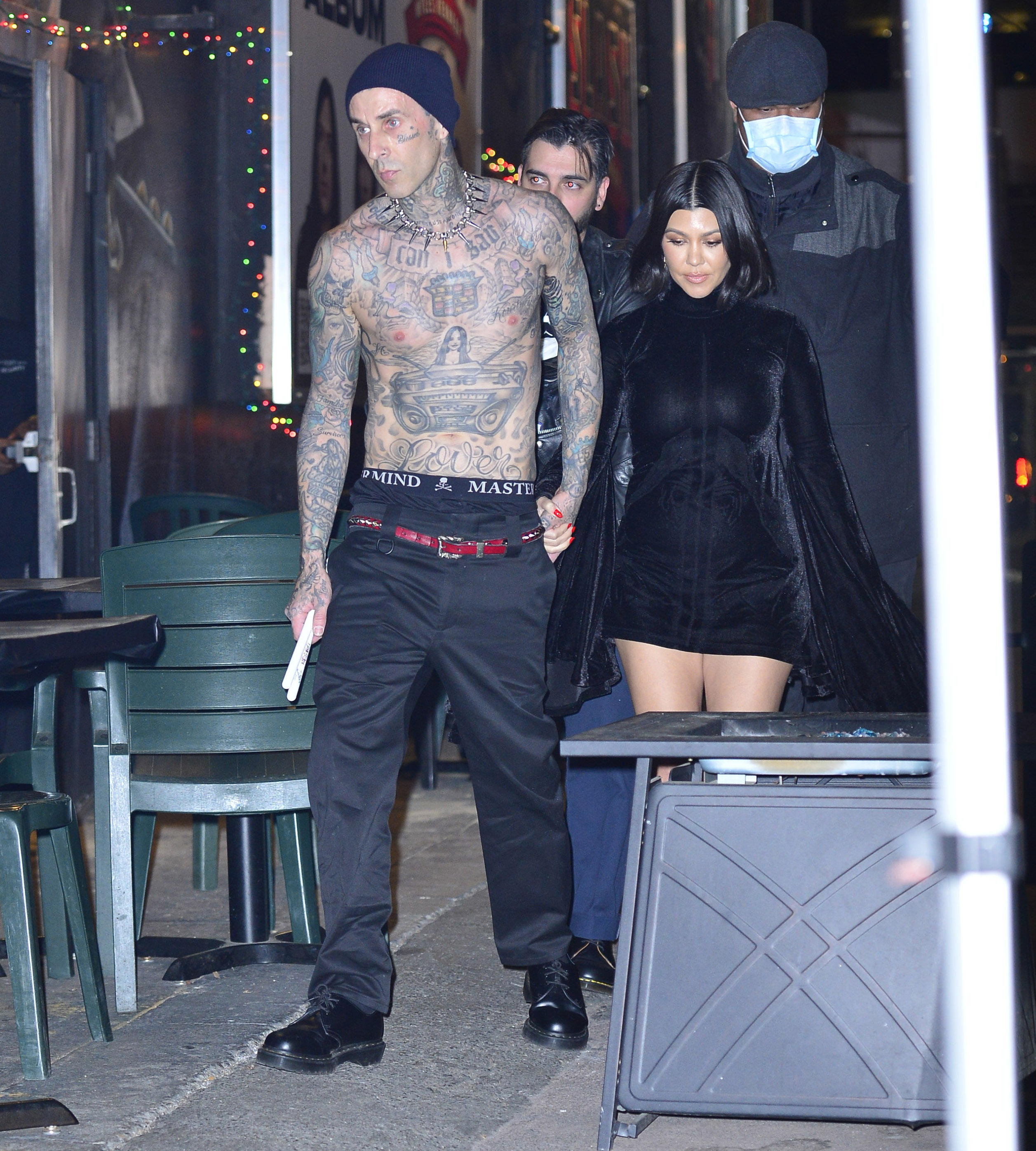 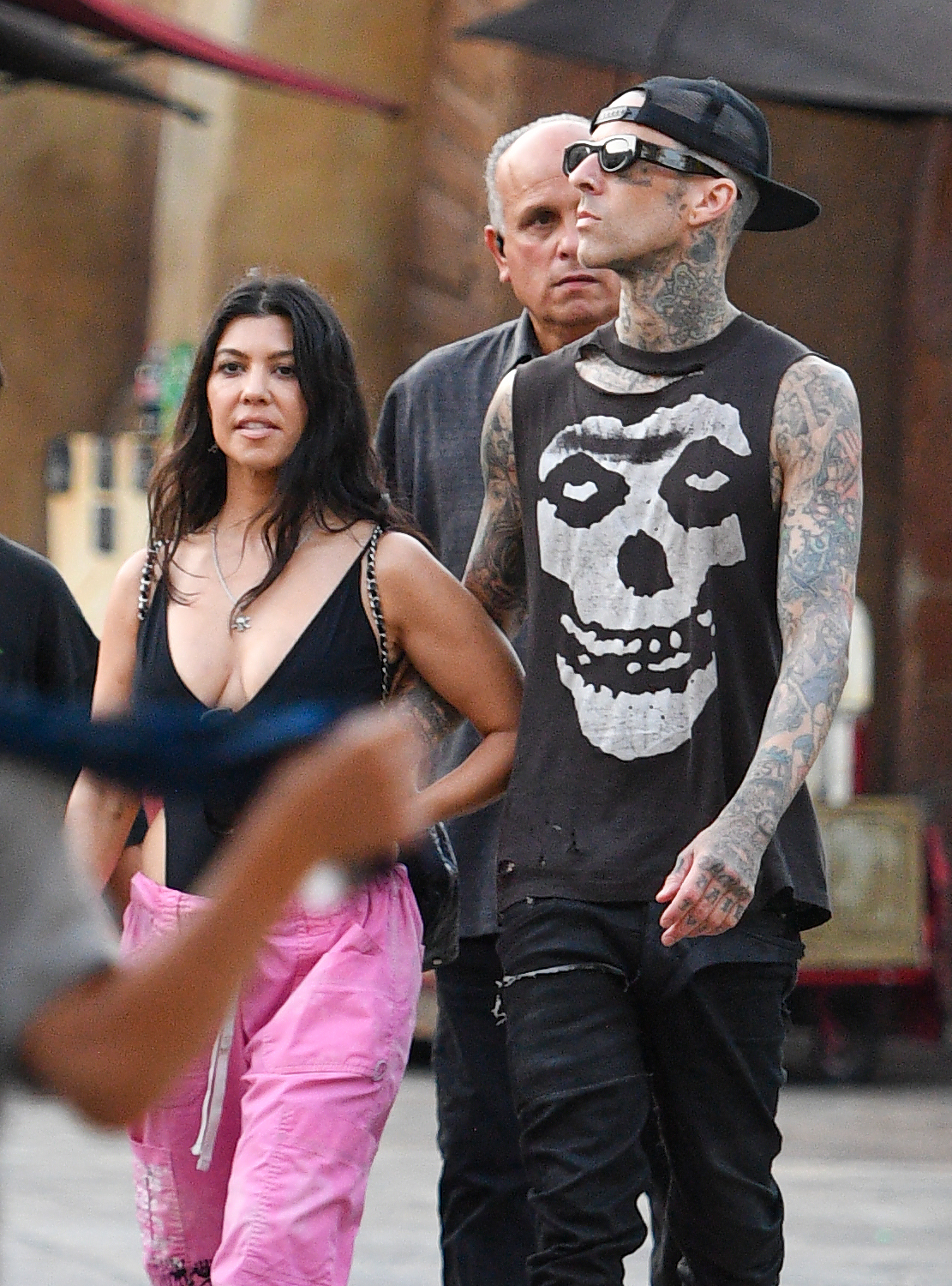 This comes as fans believe Kourtney and Travis are getting married soonCredit: The Mega Agency 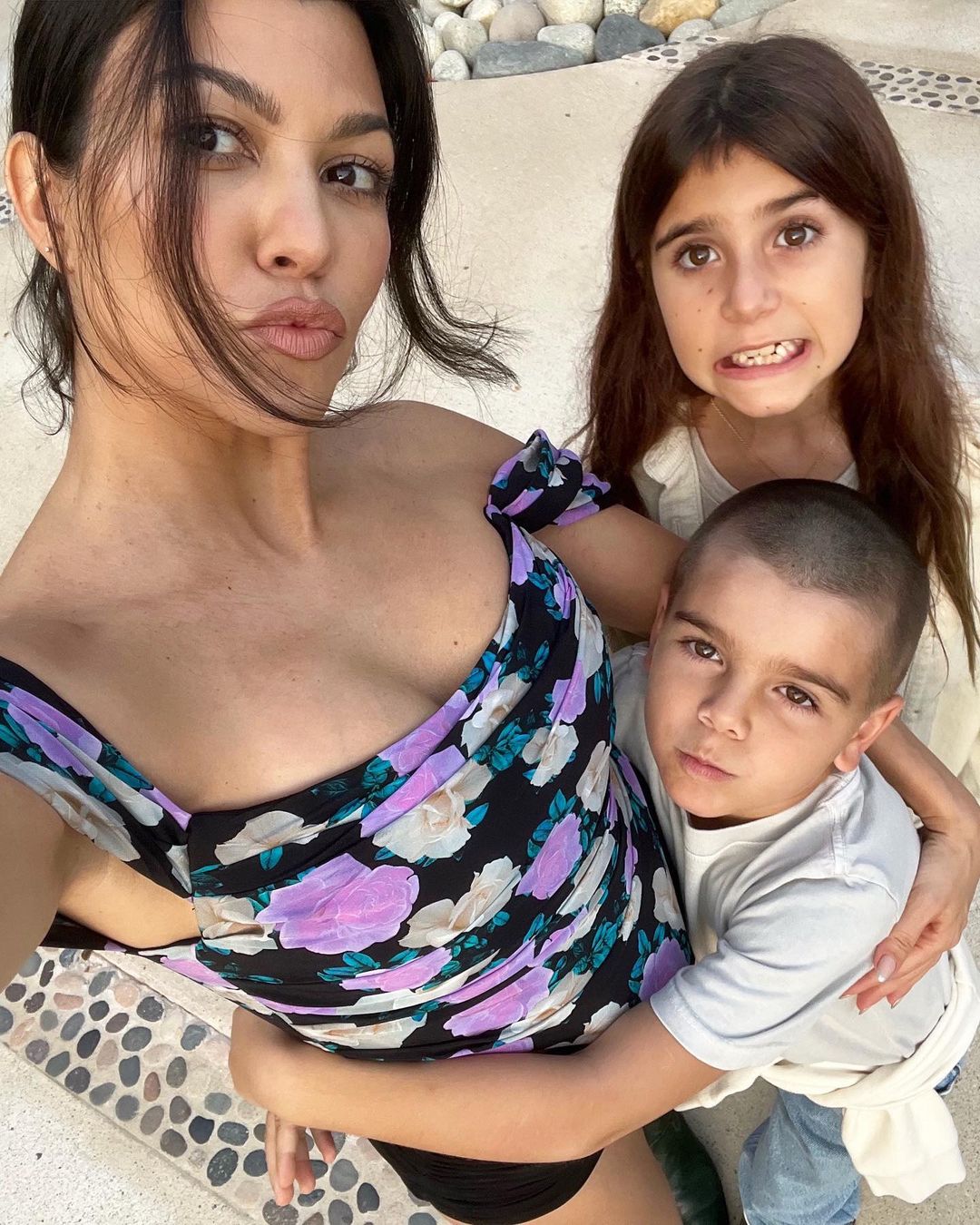