A Brisbane, Australia dad was forced to dive into the ocean after the engagement ring in the middle of an adorable marriage proposal video.

Brisbane man Luke Aukuso made the fateful decision to include his daughter Harpie in the life-changing moment on a picturesque Brisbane pier.

A viral TikTok – with more than 200k likes – shows the all-important moment in which he asks his partner to marry him and the little girl begins to open the ring box.

“Look at mummy,” Aukuso can be heard saying.

In the flash of an eye, the romantic scene changes as all three members of the family watch with wide eyes as the ring slips out of the box.

A man’s daughter dropped his wedding ring into the ocean by accident when he tried to include her in his proposal. TikTok/@StephanieArianaLamb

The horrified father grasps at the pier as the diamond ring falls through the cracks and plunges into the ocean below.

Watching the no-doubt expensive piece of jewelry sink into the depths, he springs to action, kicking off his thongs and seemingly diving into the water below. 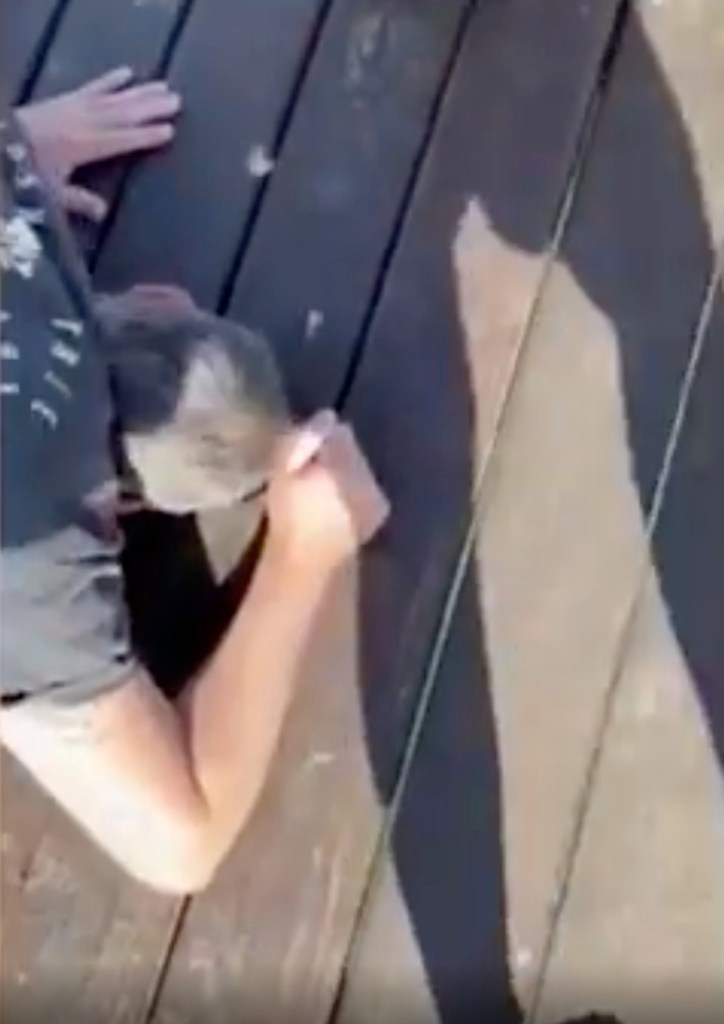 Luke Aukuso jumped into the water to retrieve the ring. TikTok/@StephanieArianaLamb

“You can’t jump, it’s too shallow,” yells the person filming the moment.

His fiancee Stephanie reported the good news to their TikTok followers that her husband-to-be had thankfully saved the ring.

“It was a 6m jump into about 1m of water on low tide, adrenaline hit him hard. Everything turned out perfect,” she said. 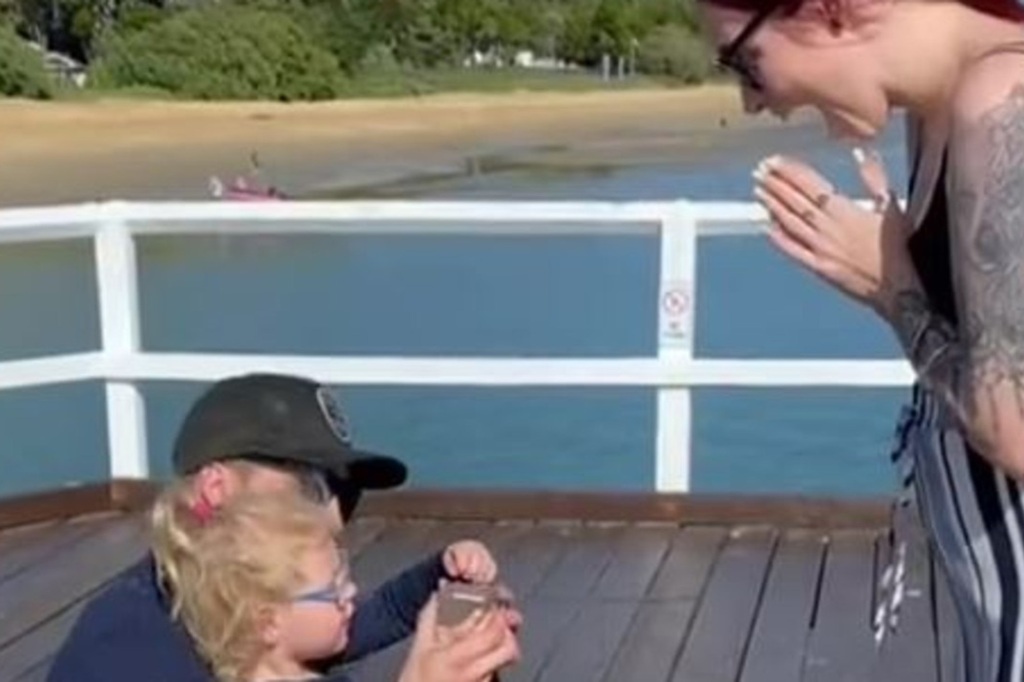 TikTok users took to the comments section to share their reactions to the nightmare scenario.

“This why u don’t get kids involved in wedding or proposal,” one user commented.