This November has seen the most anticipated weddings of all time come to pass. Paris Hilton and Carter Reum recently tied the knot at a lavish star-studded ceremony at the late grandpa Barron’s Bel-Air estate. We know everyone everywhere has been waiting for this reality TV star’s big day, so we made sure to get all the details on her wedding dress, outfit changes, and guests’ names and their wardrobe.

Paris Hilton is heiress to the Hilton Hotel fortune now estimated to be around $4.5 billion, but she has also put in the work. She made her own dollar from acting, singing, modelling, and as a socialite and DJ. Paris may be 40 years old now, but her body says otherwise; she is a beauty who’s still in her prime. Her beau, Carter Milliken Reum, is an American venture capitalist whose estimated net worth is between $30 and $40 million.

How did Carter Reum propose?

We all dream and long to be swept off our feet at some romantic destination so that the bling pictures look Insta-worthy, and sure enough, Paris Hilton’s hunk did not disappoint. Reum took Hilton to a private island for her 40th birthday celebrations in February, and he popped the question there. True to our reality star’s repertoire, she has it all on film. Both the proposal and the wedding are being broadcast on the reality show Paris In Love, which is now only available on the streaming platform, Peacock. 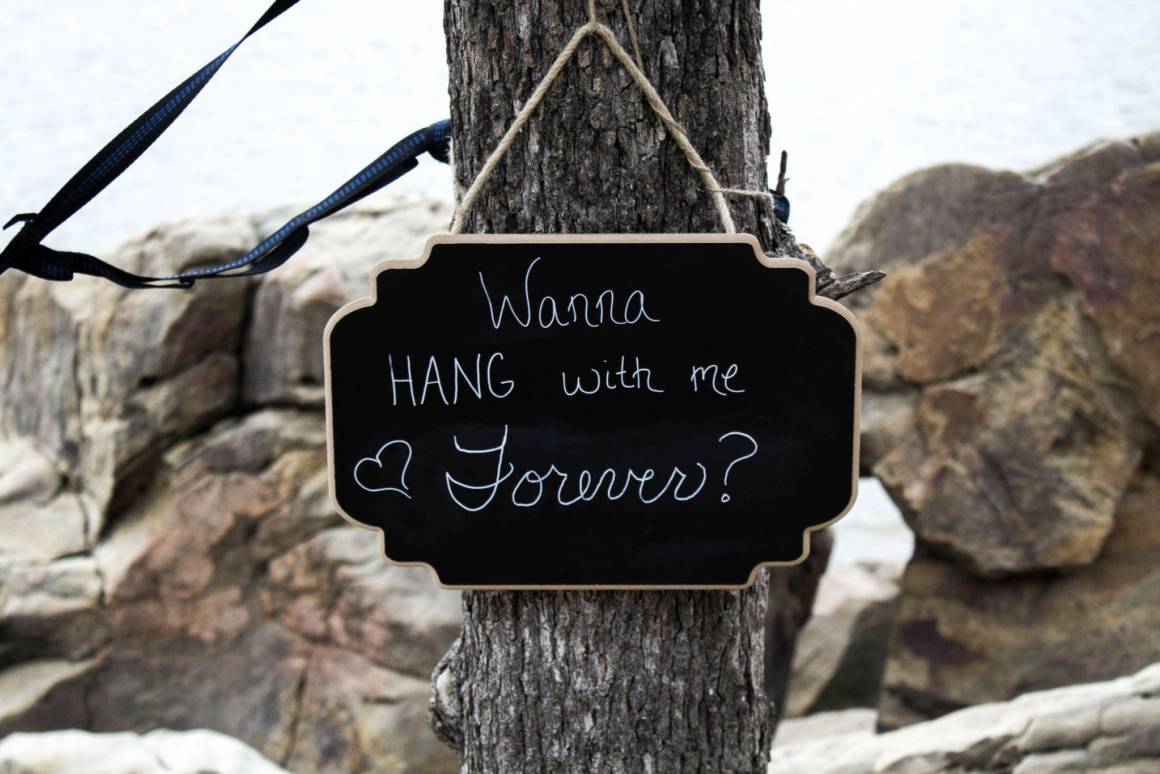 Photo by Seth Reese on Unsplash

This is the question everyone has on their mind, right? Who made the dress that Paris Hilton wore on her special day? Oscar de la Renta. And she had two of them. Designers Fernando Garcia and Laura Kim spent months working on the dresses to perfect them to Paris’ vision. Hilton told Vogue that she wanted a chic, elegant, timeless, iconic gown, and she got just that after 1,400 hours of hand embroidery. What a beautiful bride she was in that first number. 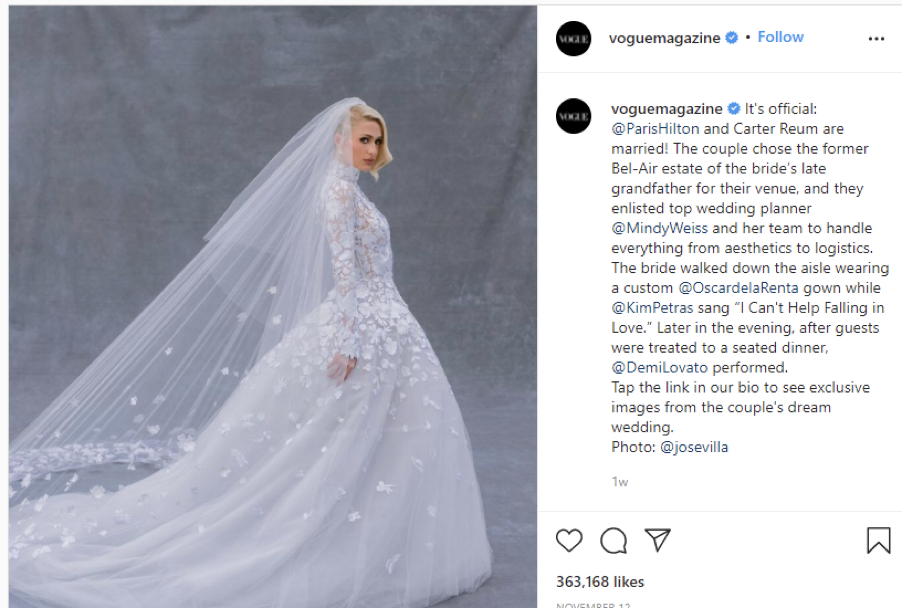 As you and others imagined, The Simple Life actress welcomed a slew of A-listers, including actor Emma Roberts, singer Paula Abdul, Kim Richards, Bebe Rexha, Ashley Benson, as well as aunt and reality-TV star Kyle Richards amongst others, to sit in the audience for the day. 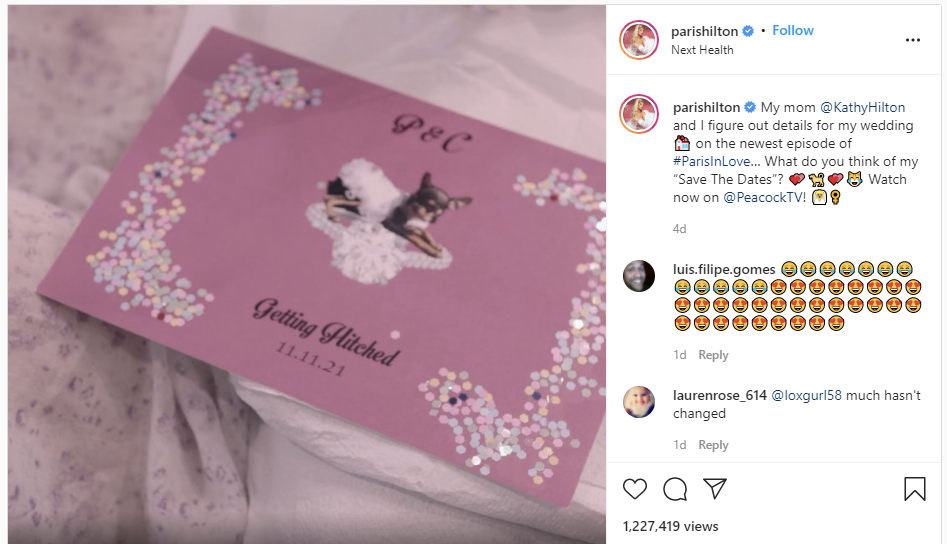 The party after the I DOs

Of course, Paris Hilton would not have done justice to her celebration if it was just for a day. She is always extra, so her wedding extravaganza was three days long. There was a neon themed carnival and a black-tie dinner in the mix. The weekend ended with a huge party. That’s how a socialite and DJ celebrates dear readers. If you are intrigued, start planning now for a similar extravaganza. You can have a Chinese theme to be just as colorful as the neon carnival; shop for Chinese food from the T&T flyer, and your outfits from DHGate or Etsy – just an idea. 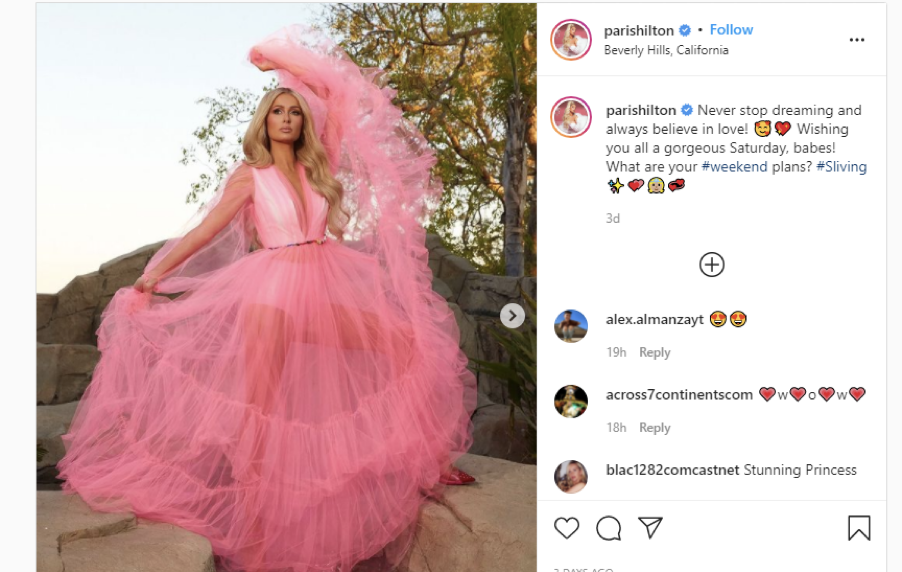 You will have to watch Paris in Love to get the complete picture of how lavish this wedding was. Paris Hilton and Carter Reum did not hold back on their wedding celebrations. From the many outfits to themed parties after that, the 3 days of partying showed us that the couple is genuinely in love.

Disclaimer: This article is generated from the feed and not edited by our team.