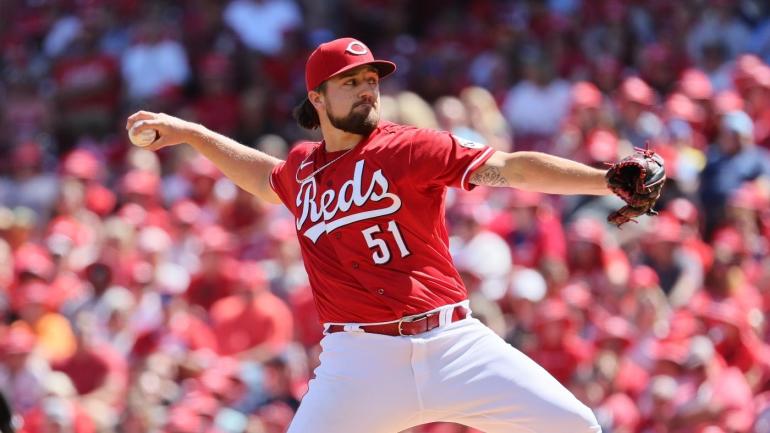 Cincinnati Reds pitcher Graham Ashcraft balked at the enforcement of an MLB rule after being told to remove his wedding ring from under his glove by umpires during Saturday’s game against the Milwaukee Brewers. According to a report by Bobby Nightengale of the Cincinnati Enquirer, Ashcraft was told to take the ring off his left hand during a foreign substance inspection in the first inning.

Ashcraft was incredulous about the request to take his wedding ring off, as Major League Baseball issued an advisory this week that they would begin enforcing a rule on hand, finger and wrist attachments. The rule is intended to prevent pitchers from wearing foreign substances on their hands.

“He goes, ‘you have to take your ring off,'” Ashcraft said postgame. “I was like, ‘no, why do I have to take my ring off? I shouldn’t have to.’ Apparently, it’s some new rule they came up with yesterday.”

According to rule 6.02(c)(7) in the MLB rulebook, pitchers “may not attach anything to either hand, any finger or either wrist.” The rule gives umpires the autonomy to determine whether any attachment should be considered a foreign substance, “but in no case may the pitcher be allowed to pitch with such attachment to his hand, finger or wrist.”

Although the rule had been in the books for some time, Reds manager David Bell shared that MLB umpires had only begun enforcing it on Friday. A memo was issued to teams earlier this week that the rule would soon begin to be enforced.

Ashcraft ended up moving his wedding ring to his necklace chain for the remainder of the game, which turned into a game to forget. The 24-year-old gave up eight hits and a season-high six runs in a 7-3 Cincinnati loss.

Cristina de Borbón and Iñaki Urdangarin: 25 years of a wedding fueled by lies