A groom accidentally shot a member of his wedding party to death during a bizarre ceremonial tradition gone wrong in India, as seen in this shocking footage now going viral online.

“A person who’s serving in the army, identified as Babulal Yadav, died after being shot during the celebratory firing by the groom — Manish Madheshia,” Pratap Singh, police superintendent of the Sonbhadra Amrendra, Uttar Pradesh territory, told NDTV. “The pistol has also been seized and the probe is underway.”

The alarming clip begins with Madheshia being handed a pistol in front of a crowd on his big day, which occurred in Ashirwad Vatika, Northern India, United News of India reported on Tuesday.

The husband-to-be lifts the gun in the air, apparently preparing to fire off some celebratory rounds — but then drops his arm and accidentally discharges the pistol, hitting a man in a white T-shirt.

The guest, Madhesia’s friend Yadev, 35, is seen toppling to the ground as onlookers cry out in shock.

Yadulev was subsequently rushed to the hospital but reportedly succumbed to his wounds upon arrival, Jam Press reported. The victim was a member of the Indian army who had received special permission to travel across the country to attend his buddy’s wedding.

Madhesia has since been arrested and charged him over his friend’s death, police sources told local outlets. He added that authorities also seized the pistol — which was reportedly gifted to the groom from Yadulev. 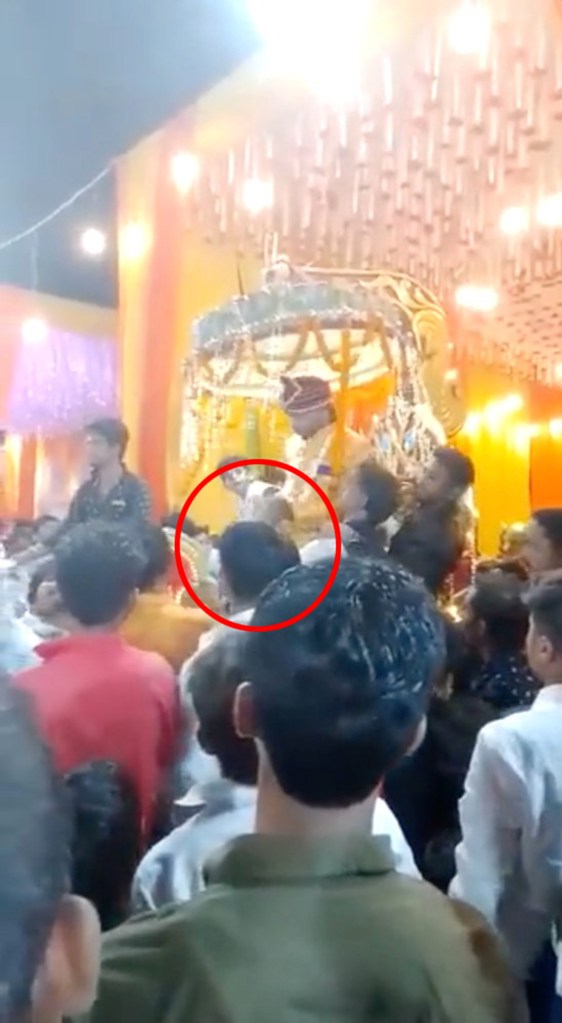 Yadulev was subsequently rushed to the hospital but reportedly succumbed to his wounds upon arrival.Jam Press Vid/TIM

The Best Pre-Wedding Skin Care Products To Use, According To A Beauty Editor

Guest slammed for wearing a white dress to friend’s wedding