A BRIDE has been slammed online for the bizarre list of rules her wedding guests must follow.

Her list includes guests arriving early to help set it up, as well as everyone forking out £290 to attend.

The couple had a long list of requests for their wedding guestsCredit: Getty

The strange list was shared on Reddit after one user’s friend was left baffled by the strict rules.

The user shared a text from the friend, who explained that “everyone is required to come early to help set up marquee and decorations.”

After the ceremony, “the men are required to help break the marquee back down,” she added.

So there will be none of the usual chatting and socialising over a drink after the ceremony, for the men at least. 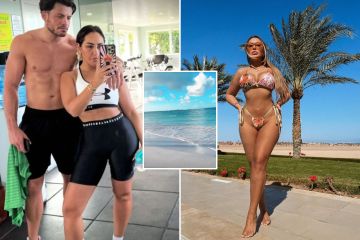 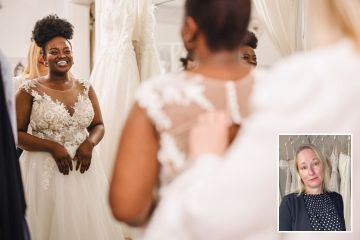 If that wasn’t bad enough, guests also aren’t allowed to “wear overpowering scents” on the big day because “the bride doesn’t want them competing with the flowers she’s chosen.”

And although dress codes are pretty common for weddings, the bride insisted that no one is allowed to wear “floral colours as it will be distracting in photos.”

The cherry on the cake is the fact that the after the reception is over and everyone has helped tidy up, they all have to “promptly leave” to venue.

Fellow Reddit users couldn’t believe anyone would pay so much to attend a wedding, let alone pay that much and then still have to help set up and tidy afterwards.

One person jabbed: “This would be an easy invitation to decline!!”

A second agreed: “I want to see the actual invitation. I really want to see how they worded this to make it sound like they were doing you a favour.”

Another pointed out that setting up the venue and packing it away in suits and dresses might not be the best idea.

“Who wants to possibly ruin wedding appropriate clothing while doing that labour? Not to mention getting sweaty and dirty before the event.

“It would be a big nope from me,” they wrote.

Meanwhile, others couldn’t believe guests had to pay to attend the wedding in the first place.

“They’re not getting a present if I have to pay to attend,” one quipped.

And someone else mused: “I very highly doubt it’s only $360pp, but it’s probably close to $100pp and pocketing the rest of that, or trying to cover other venue/decor costs. Gross.” 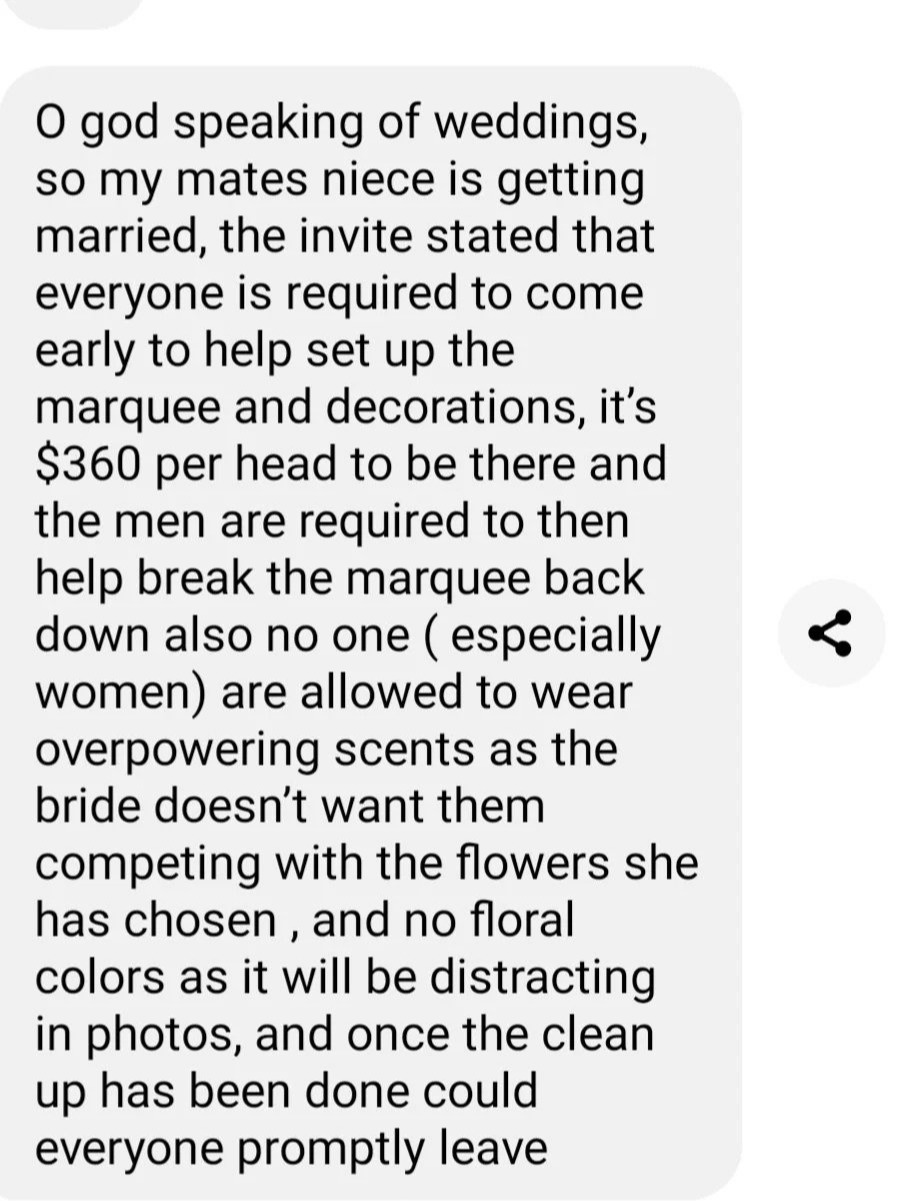 The weddings rules left people confused why anyone would want to goCredit: Reddit