Last summer Michael Rubinstein couldn’t give a dress away. Loungewear, however, now that was all the rage.

“We sold a lot of sweatpants and pajamas,” said Rubinstein, owner of Footloose Galleria. “That’s what people were living in — sweatpants.”

There’s since been a shift in fashion, even if not everyone’s ditched that uber-comfy trend.

Now, well into summer 2021, and with the pandemic at a different stage, Rubinstein said he’s noticed a change in purchases, and customers are looking for clothes that are a bit nicer.

“It’s not super formal,” he said, “but definitely several levels up from sweatpants.”

“People are tired of wearing their lounging clothes,” she said.

Since the mask mandate shifted, and going out for dinner became a thing again, there’s been a demand for classier items. Along those lines, Pepper said, the most common request customers have is for wedding attire. It doesn’t matter whether it’s a black-tie, garden party or country club affair, whatever was postponed last year is happening now.

Based on The Knot’s survey of 7,600 couples nationwide, 32% of those whose original wedding dates were between Jan. 1 and Dec. 31, 2020, held the ceremony last year but pushed the reception to a later date; 15% postponed the entire wedding until 2021.

Justin Sigal, owner of Littles Shoes in Squirrel Hill, hasn’t noticed an overwhelming demand for formal shoes or a total return to pre-pandemic fashion. Instead, there’s been an evolution from slippers and athletics to “everyday dress and dress-casual shoes,” he said.

At this point, he said, customers are leaving their houses either to go on vacation or out for dinner and a movie, and so what’s being worn in public is different from what was worn at home a year ago. Sigal added that he’s still noticing the “outdoorsy” look, but the summer season may be a factor in that fashion trend, too.

Come the fall, once school starts again and more workers head back to offices, Sigal thinks there could be a greater demand for dress shoes. For now, however, the biggest sellers are Dr. Martens and Sperry boat shoes. Both are favored by college students who are preparing for a likely return to campus in the coming weeks, he said. 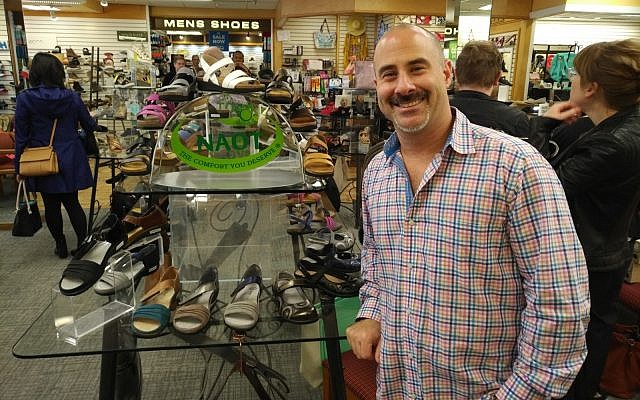 Justin Sigal of Littles Shoes stands in front of a display of Naot Shoes. Photo by Adam Reinherz

Ellen Levick Martahus, owner of Allure, a women’s clothing store in Bloomfield, said that after spending such long periods of time at home, customers are expressing a sense of excitement.

“I think people are thrilled to be able to get something new and be able to wear it,” she said.

Allure specializes in unique seasonless clothing, often with jewelry to match. The constant thread among its pieces, though, is versatility. Each item can be mixed and paired with another, she said, like a “really interesting kimono can be worn with jeans or over a silk dress.”

Levick Martahus said that customers have expressed a desire to buy new clothes, but are holding true to pre-pandemic behaviors when it comes to spending.

“People don’t want to waste money on things they can wear for one season,” she said. When clothes are made with a “little bit better quality,” they can become “timeless.” 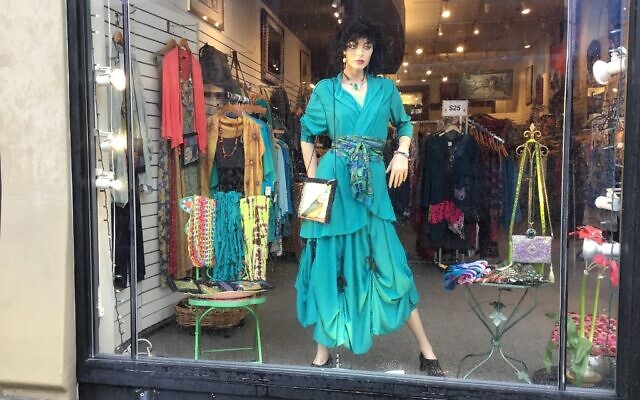 Allure has been located in Bloomfield for 29 years. Following government mandated shutdowns in March 2020, the store was closed for several months. Though unable to open her doors to customers, Levick Martahus still went to work every day. She described that time as “pretty devastating” and said the pandemic “affected every facet of the fashion and garment industry…Some of the companies I’ve dealt with for 30 years had to go out of business.”

What helped give perspective, Levick Martahus said, was remembering her family’s origins.

“My very ancient relatives were peddlers in the old country, with a wagon, selling pins and needles and fabrics,” she said.

There’ve been a lot of turns in the clothing business since the start of the coronavirus crisis, but customers are finally coming back. The lesson, said Levick Martahus, is that “in any business, and in life, we always have to adapt to different circumstances.” PJC

Adam Reinherz can be reached at areinherz@pittsburghjewishchronicle.org.

Brock Collection Created an Exclusive Bridal Capsule for Over the Moon