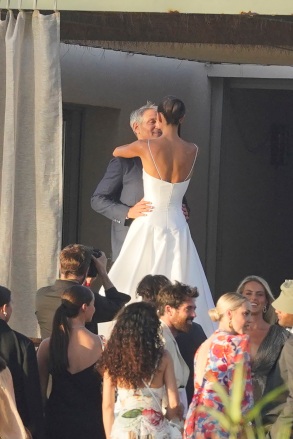 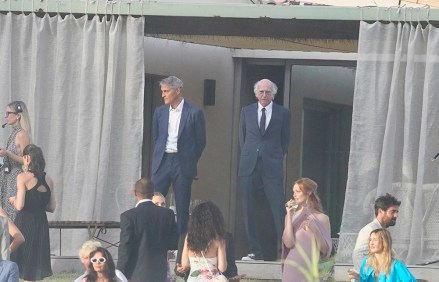 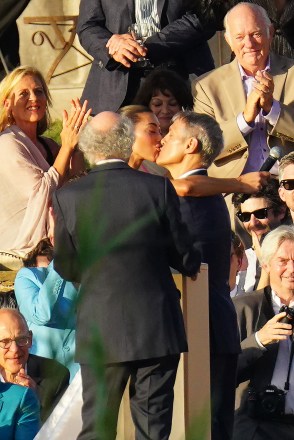 Top agent Ari Emmanuel had a lot of familiar faces witness his gorgeous wedding, which was officiated by Larry David, in the South of France over the weekend! The 61-year-old WME co-founder exchanged vows in St. Tropez with his now wife Sarah Staudinger, 32, as the comedian did the honors and guests like Elon Musk, Diddy, and more attended the special ceremony and celebration. The event took place outside as the lovebirds wore impressive attire, including a classic suit for the groom and a sleeveless white wedding gown for the bride. 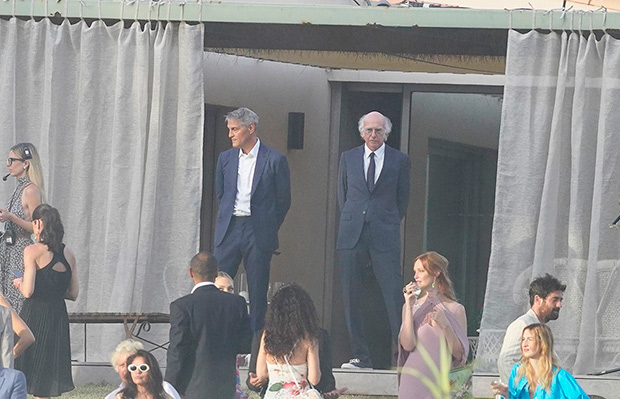 Photos of the event captured Elon and Diddy all dressed up as they happily mingled with the crowd. Other celebs in attendance included Emily Ratajkowski and her husband Sebastian Bear-McClard as well as Tyler Perry. Since Ari is one of the biggest agents in the Los Angeles area, it’s no surprise his wedding list would feature talented CEOs, singers, models, and more, and the big group all appeared to have a great time. 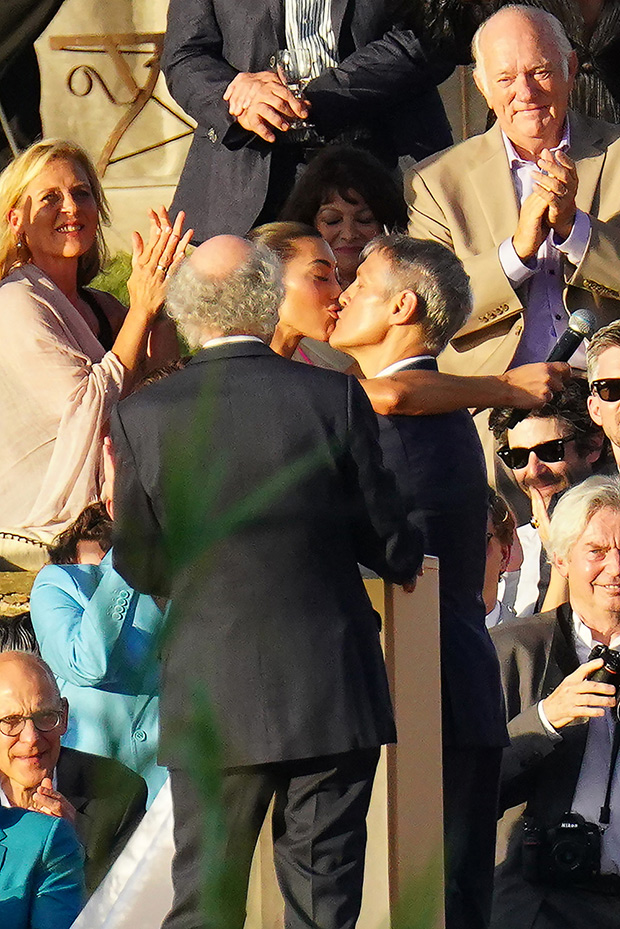 At one point, Ari and Sarah were photographed romantically dancing among the A-listers and they looked so in love. Elon wore a dark blue suit and sunglasses while Diddy went for a classic black blazer over a white button-down top and black pants. Emily looked incredible in a blue sleeveless dress with a high slit and Larry went with a classic black suit.

Elon Musk Through The Years: Photos Of The Billionaire From His Young Years On 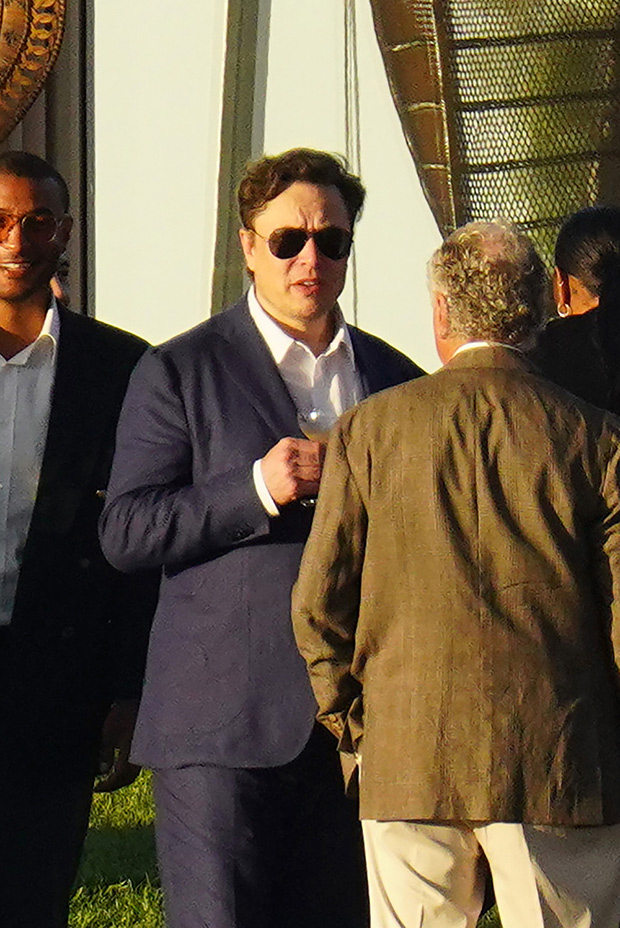 In addition to the many celebs, Ari’s brother Rahm Emanuel, who is the U.S. ambassador to Japan and former mayor of Chicago, was present for the nuptials. MSNBC host Joe Scarborough was also spotted and the atmosphere was light and full of smiles, hugs, and laughs. 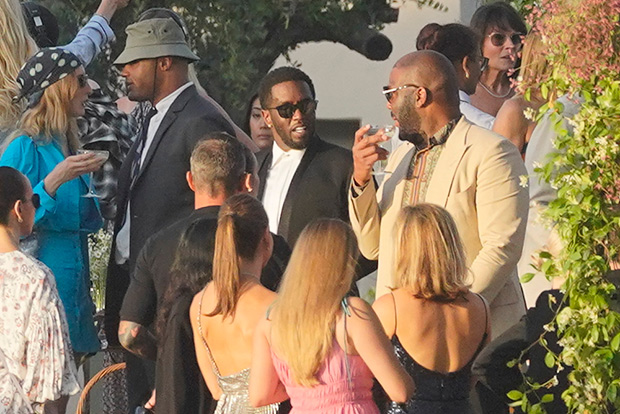 Diddy at the wedding. (EliotPress / MEGA)

Ari and Sarah’s wedding comes after the couple started dating in 2018. They reportedly split for a period of time in 2020 but reconciled and got engaged last year. Although all the details about their ceremony and reception are still unknown, it looks like the new spouses enjoyed the memorable day and were supported by many family members, friends, and clients.

Natasha Bassett: 5 Things About Elon Musk’s Girlfriend Who’s On Vacation With Him In St. Tropez 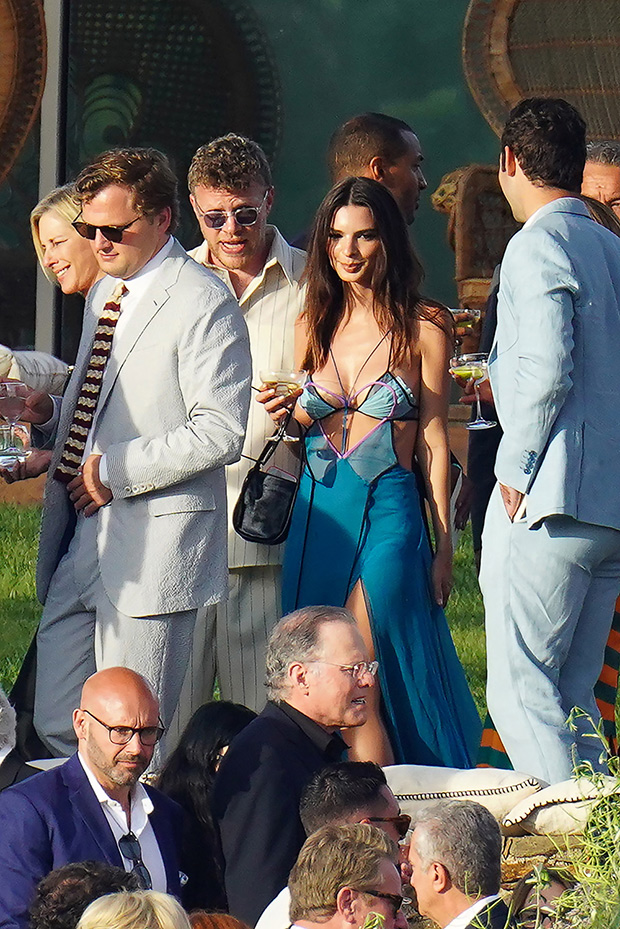 Ari and Sarah’s wedding is just one of many celeb-filled weddings that have taken place this year so far. Kourtney Kardashian and Travis Barker, Nicola Peltz and Brooklyn Beckham, and Joey Lawrence and Samantha Cope are some of the other couples who also got hitched in front of many celebs earlier this year. Now that we’re approaching summer, we can guarantee they’ll be many more saying “I do” before 2023 approaches!

Bride and Groom Tattooed Each Other During Wedding in Lithuania