“Your Morning Show” co-host Riley Couture, aka Raquel, and Marshall, a police officer from Damascus, met on Instagram and then married in a blush-and-Champagne, “vintage romance”-inspired wedding in Frederick. Check out the details of their story–and their big day–below. 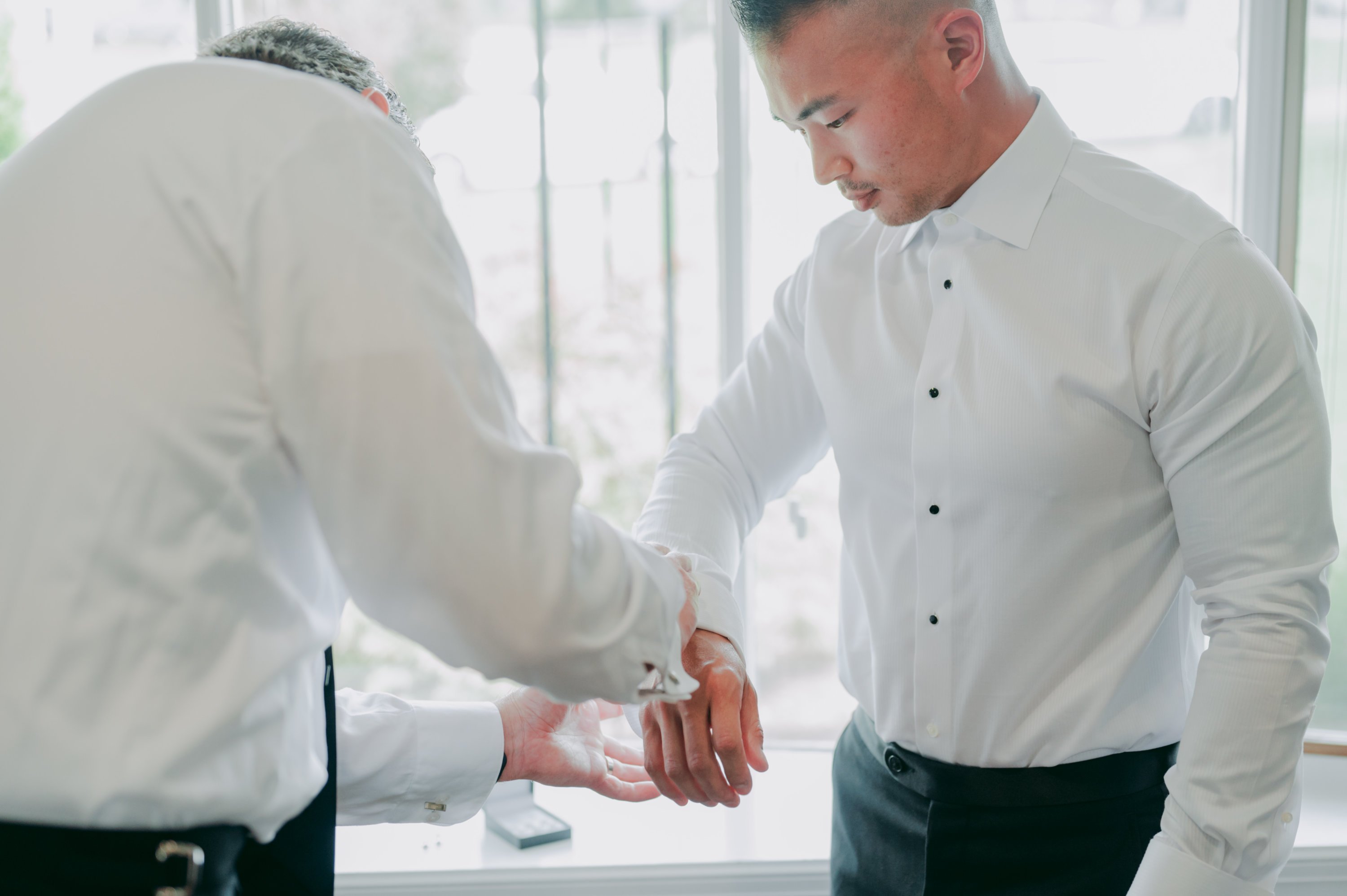 Raquel, the co-host of “Your Morning Show” on Hot 99.5, and Marshall, a police officer, met on Instagram. Raquel says that as a single mom, she had all but given up on dating when Marshall “liked” a workout video she posted to the social media site. He asked her to meet up with him for a workout, but she was committed to a “dry January,” and her version of the month meant no dating. Still, they chatted via text and phone calls. “Marshall asked me out three more times,” Raquel says,” and thank God I gave in.” The pair met for a hike at Sugarloaf Mountain on January 7, and the rest, she says, was history. 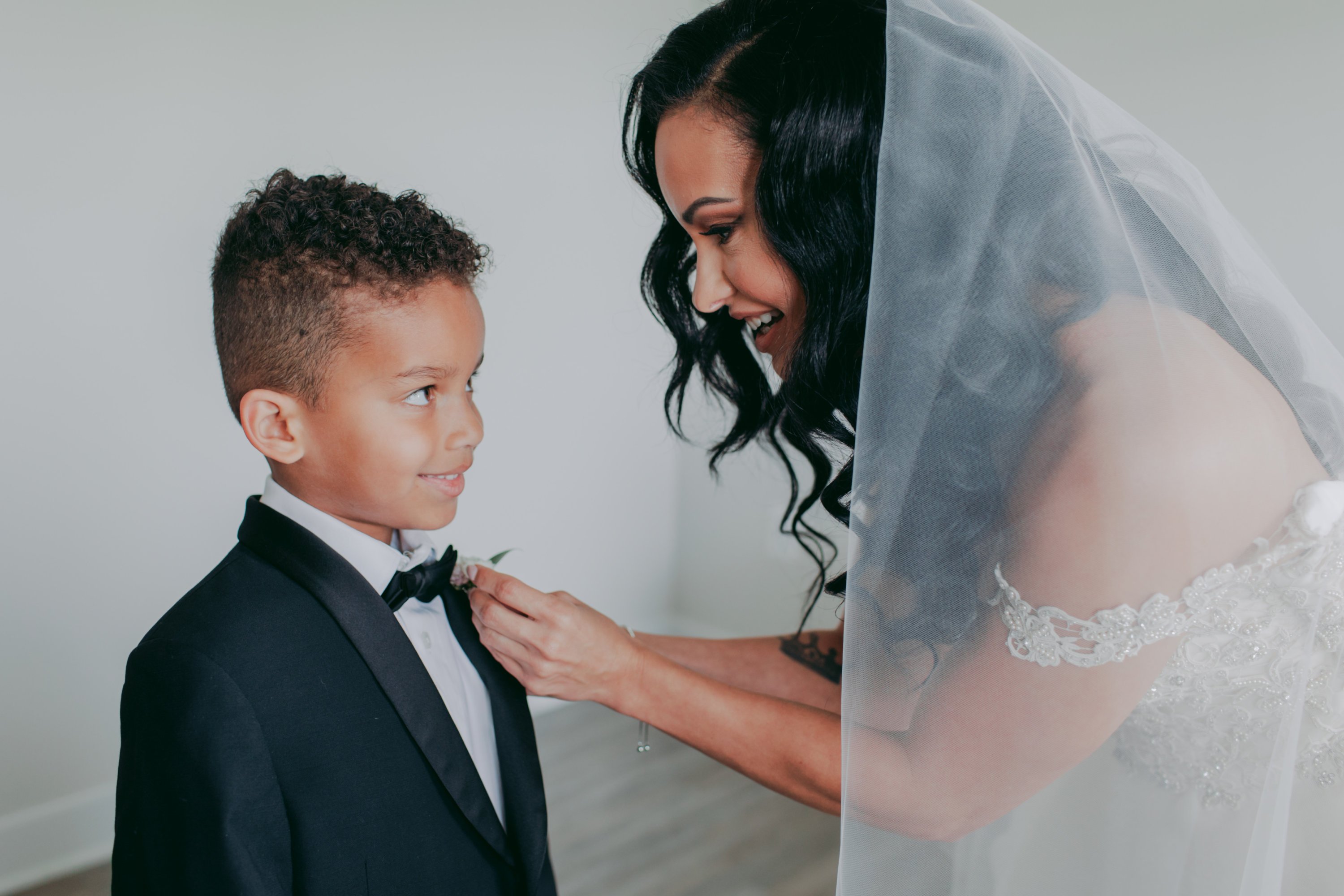 She thought he was cute, sweet, and thoughtful–“He even brought donuts, which he couldn’t eat because he was prepping for his first bodybuilding show,” Raquel recalls. She also loved that he was funny and didn’t seem to mind her “sassiness.”

He says his first thought was that she was absolutely beautiful and full of energy–punctuated by the two Red Bulls she brought along. “She was sweet, personable, and made me feel like I knew her forever.” The conversation was easy, they say, and after finishing their hike earlier than expected they shared lunch and did some antiquing. In one of the antique shops, a shop clerk who didn’t know their situation, commented casually that Sugarloaf is a great place for a first date. “We consider it a good omen,” says Raquel. 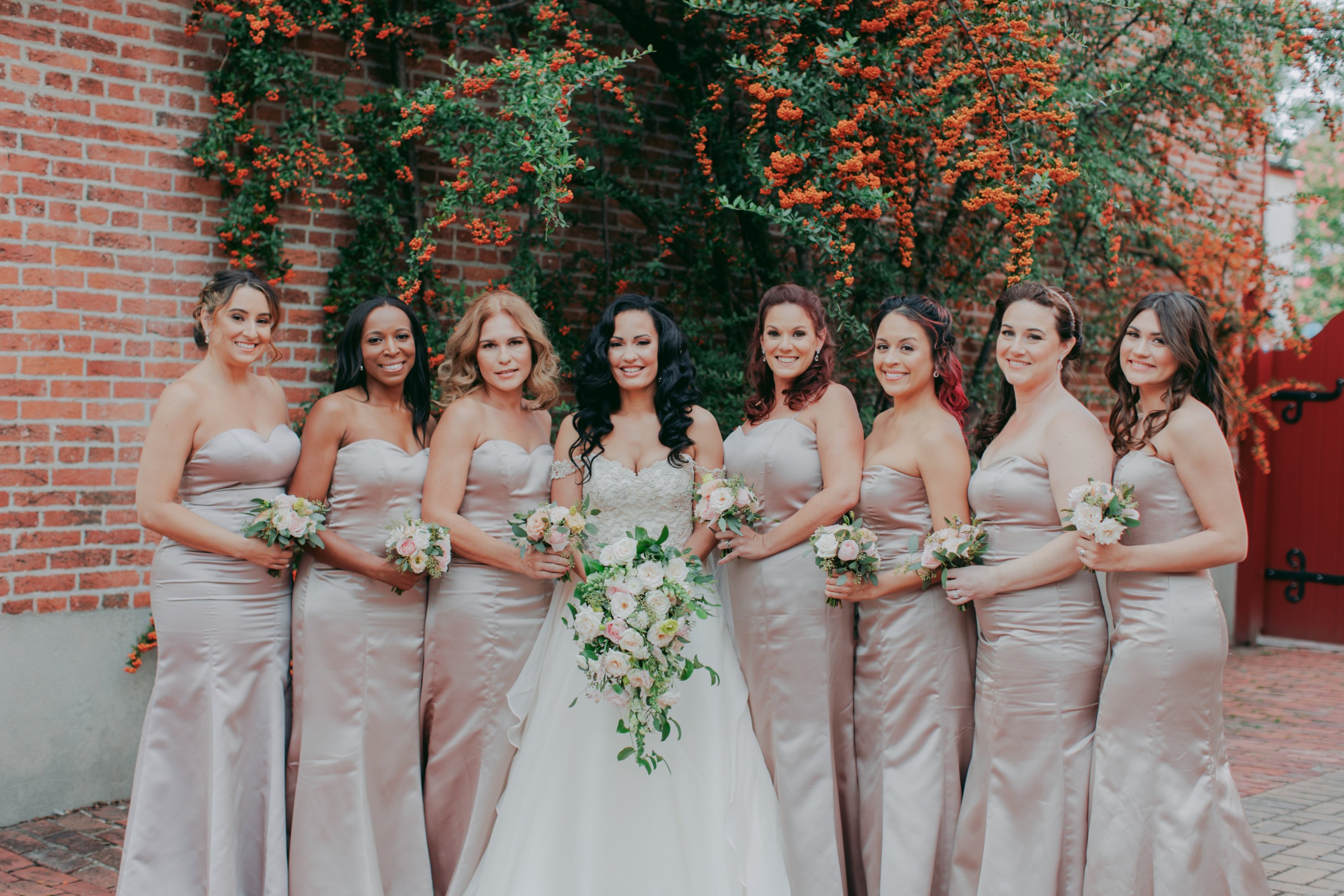 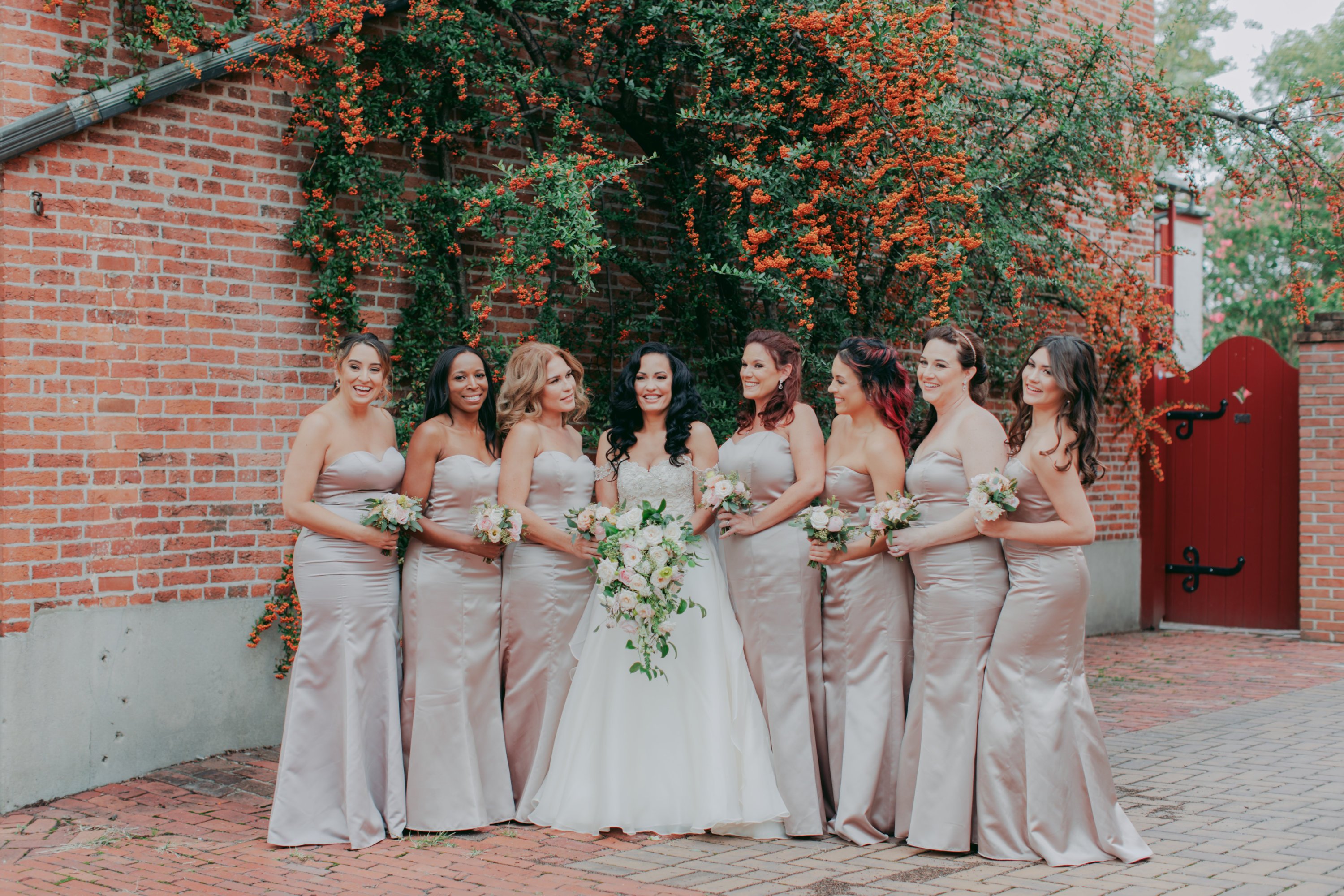 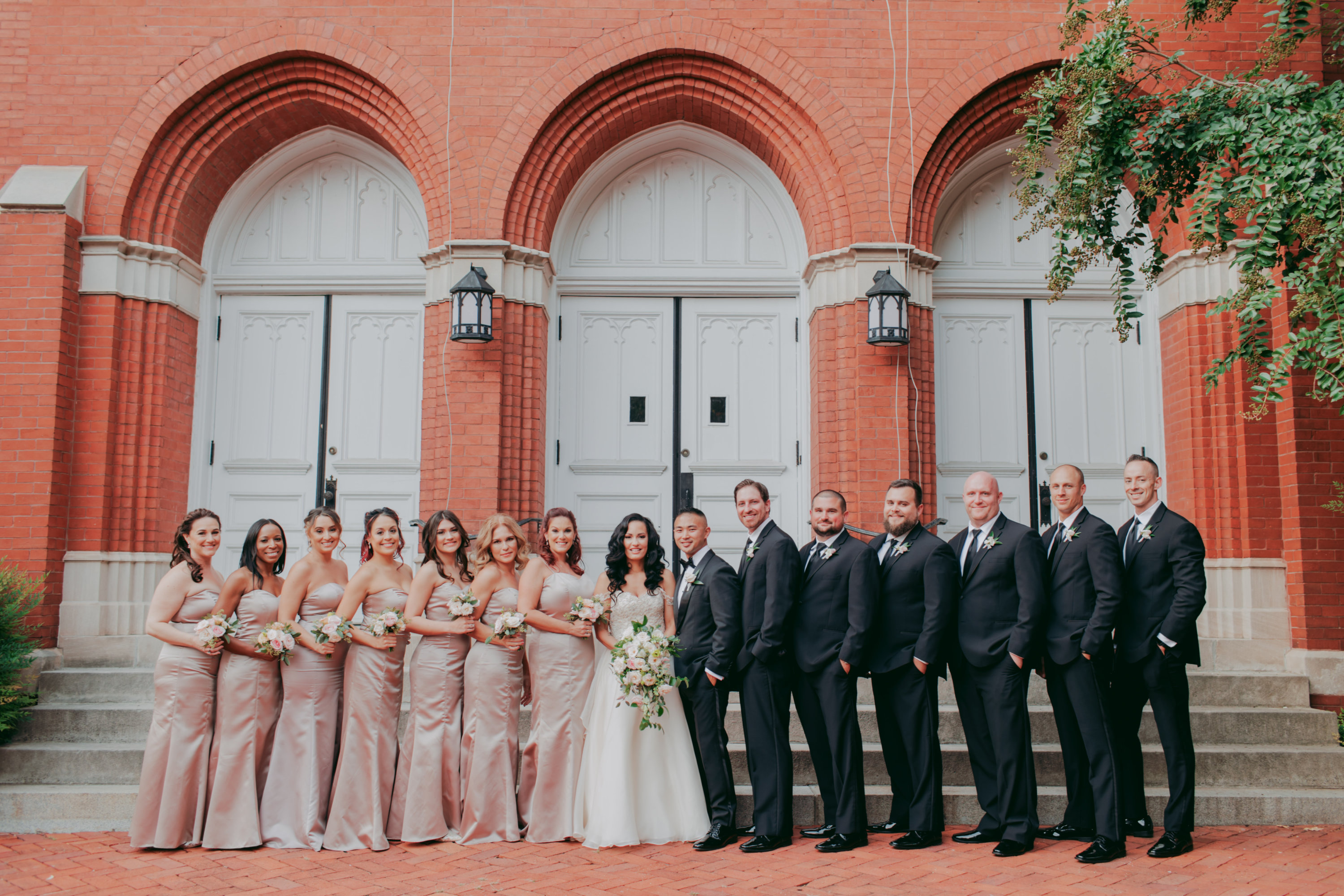 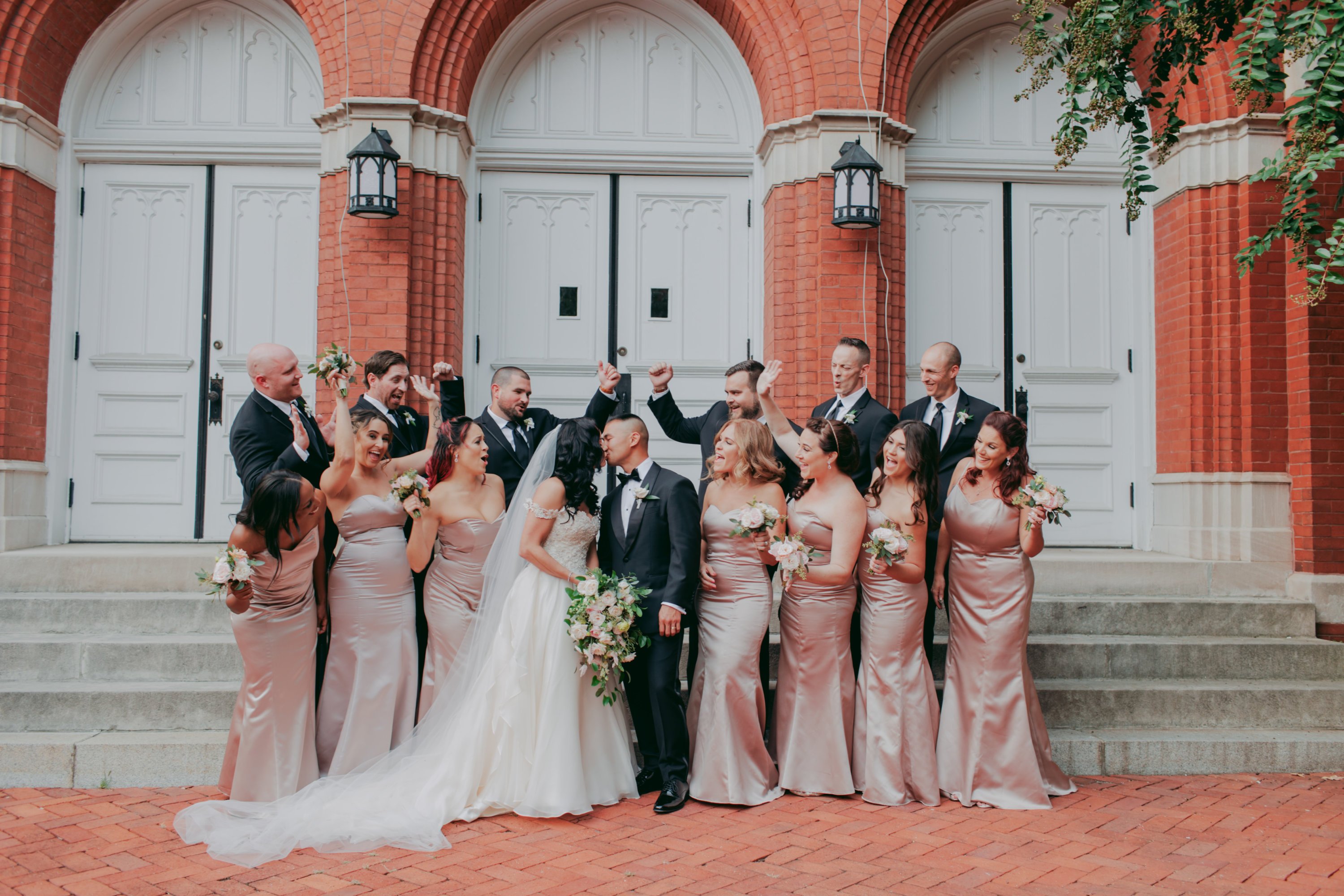 Six months later, Marshall proposed atop Sugarloaf Mountain, “right where it all started.” She said (err, literally screamed from the mountain top) “yes”–Marshalls’ later-to-be-best-man was hiding nearby to capture it all on camera–and then the pair went for an intimate lunch at the Comus Inn. That evening, Marshall surprised Raquel with a surprise engagement party. “It was the most magical day,” says Raquel. 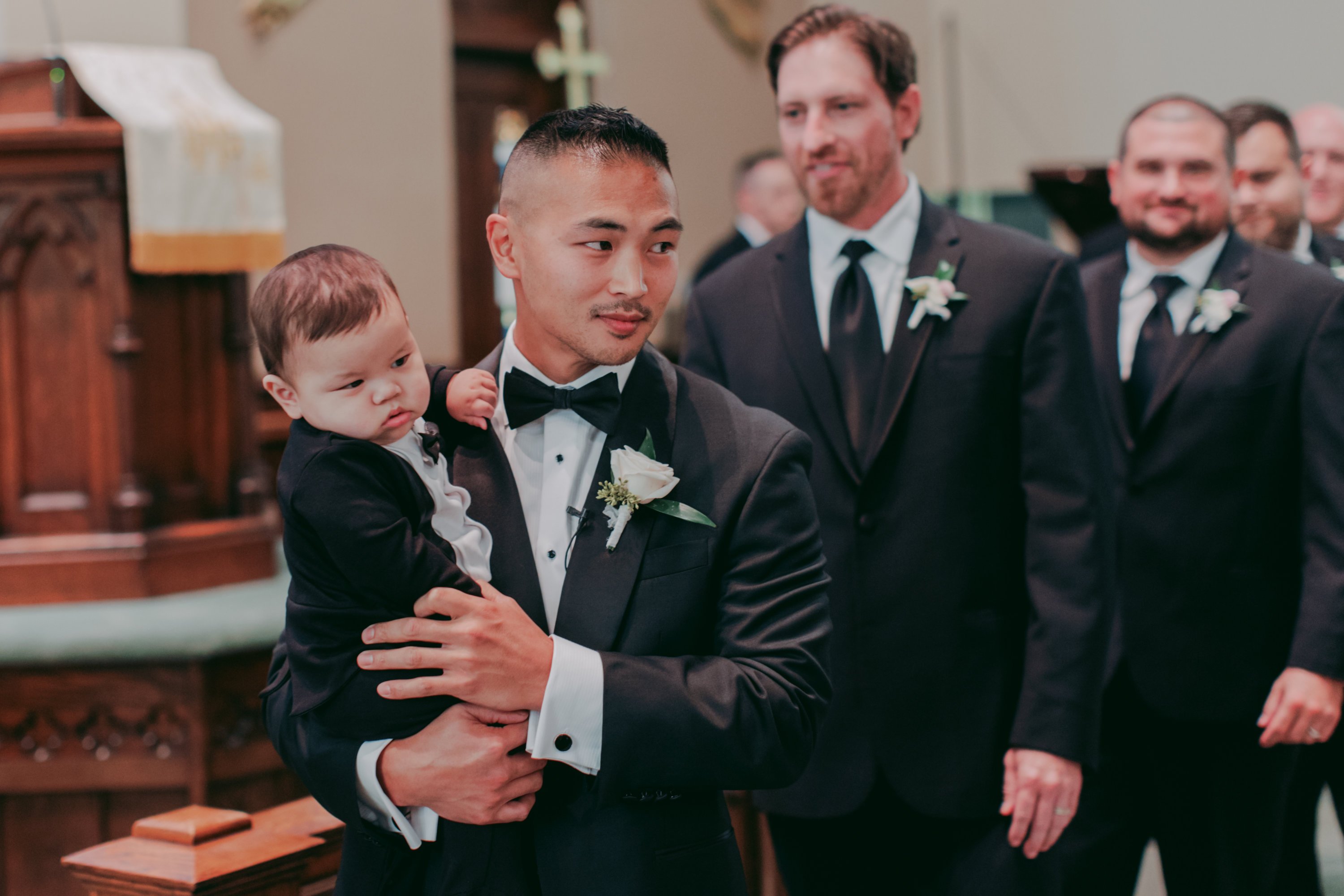 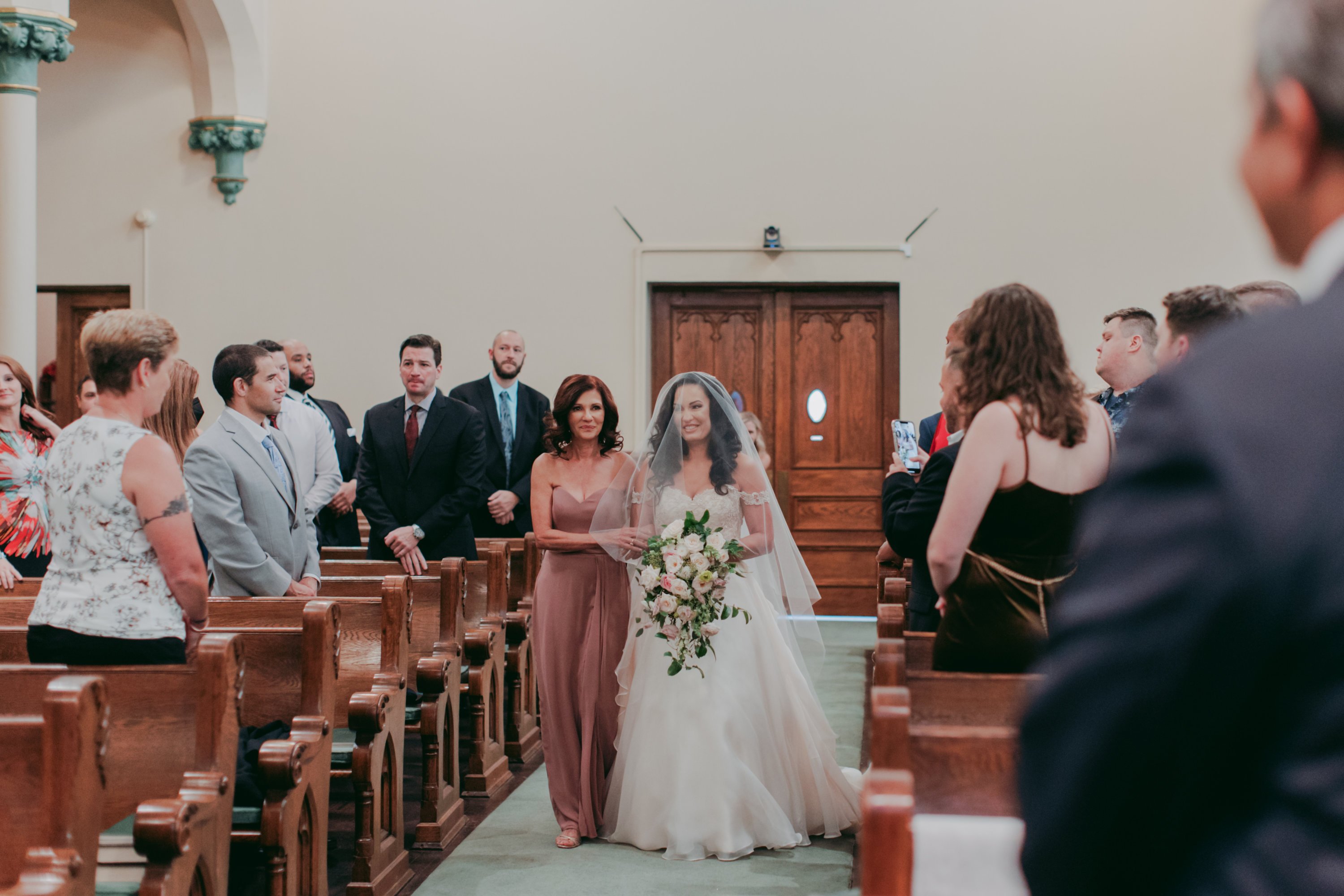 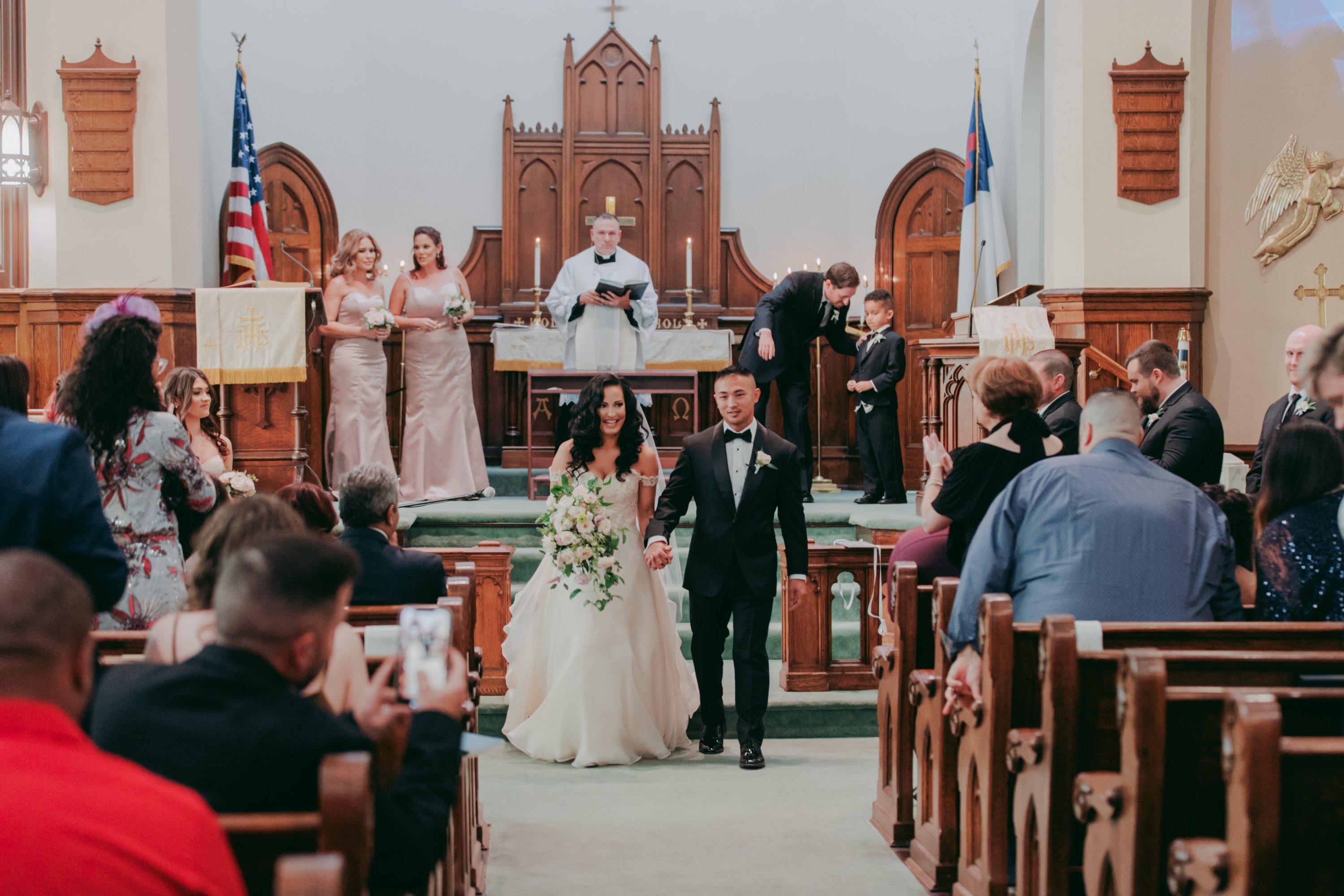 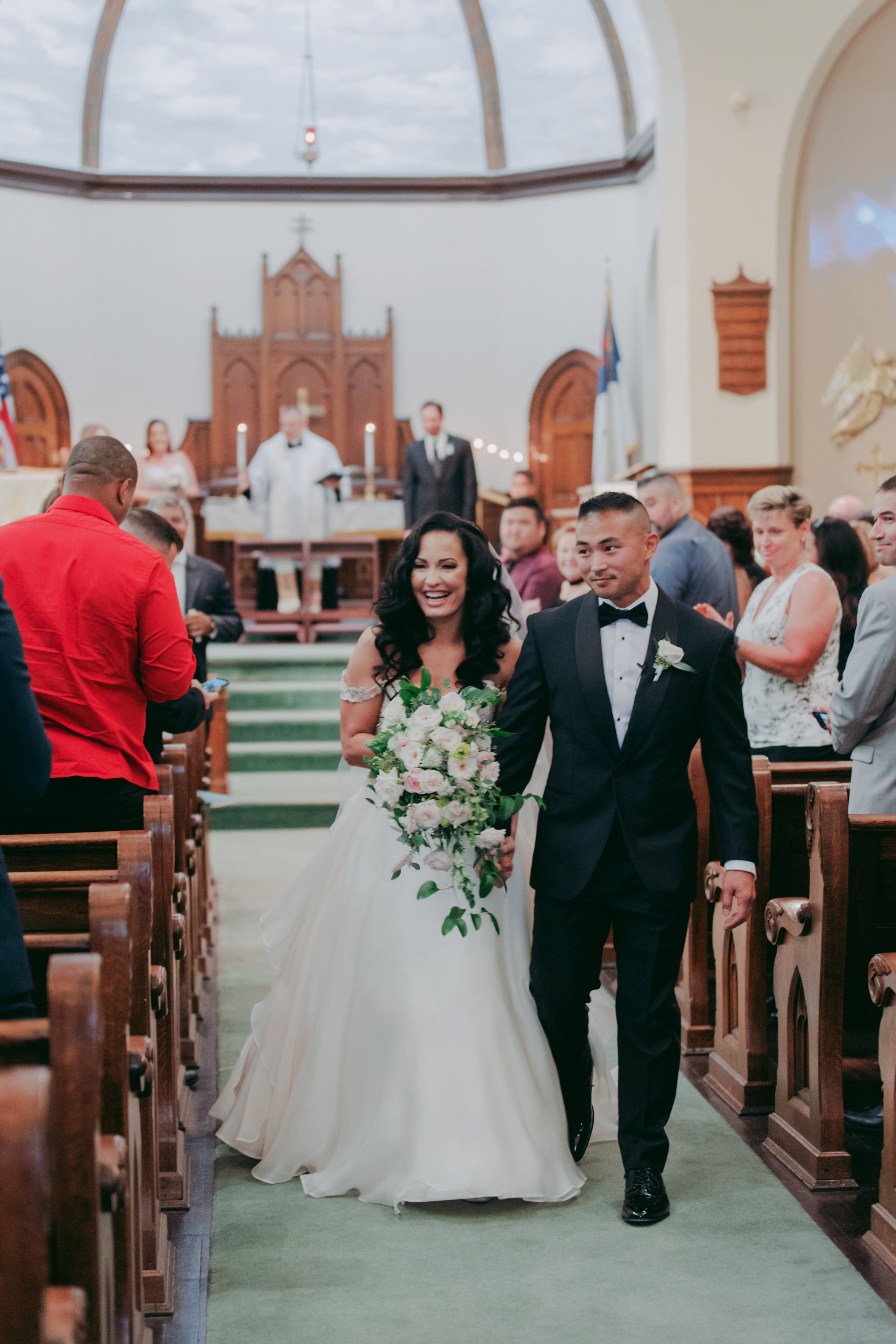 They originally planned a November 14, 2020 wedding, but the pandemic–and surprise pregnancy with their son Malin–called for the pair to postpone. They pushed the ceremony, at Grace United Church of Frederick, and reception at Vintage restaurant in nearby New Market, back to September 25, 2021.

The reception venue, Vintage, was where the pair shared their first Valentine’s day today, and Raquel recalls walking in and saying quietly to herself, “I’m going to get married here.” The fact that it’s on the same street they’d gone antiquing during their first-date antiquing trip, made it “oh so very special.” 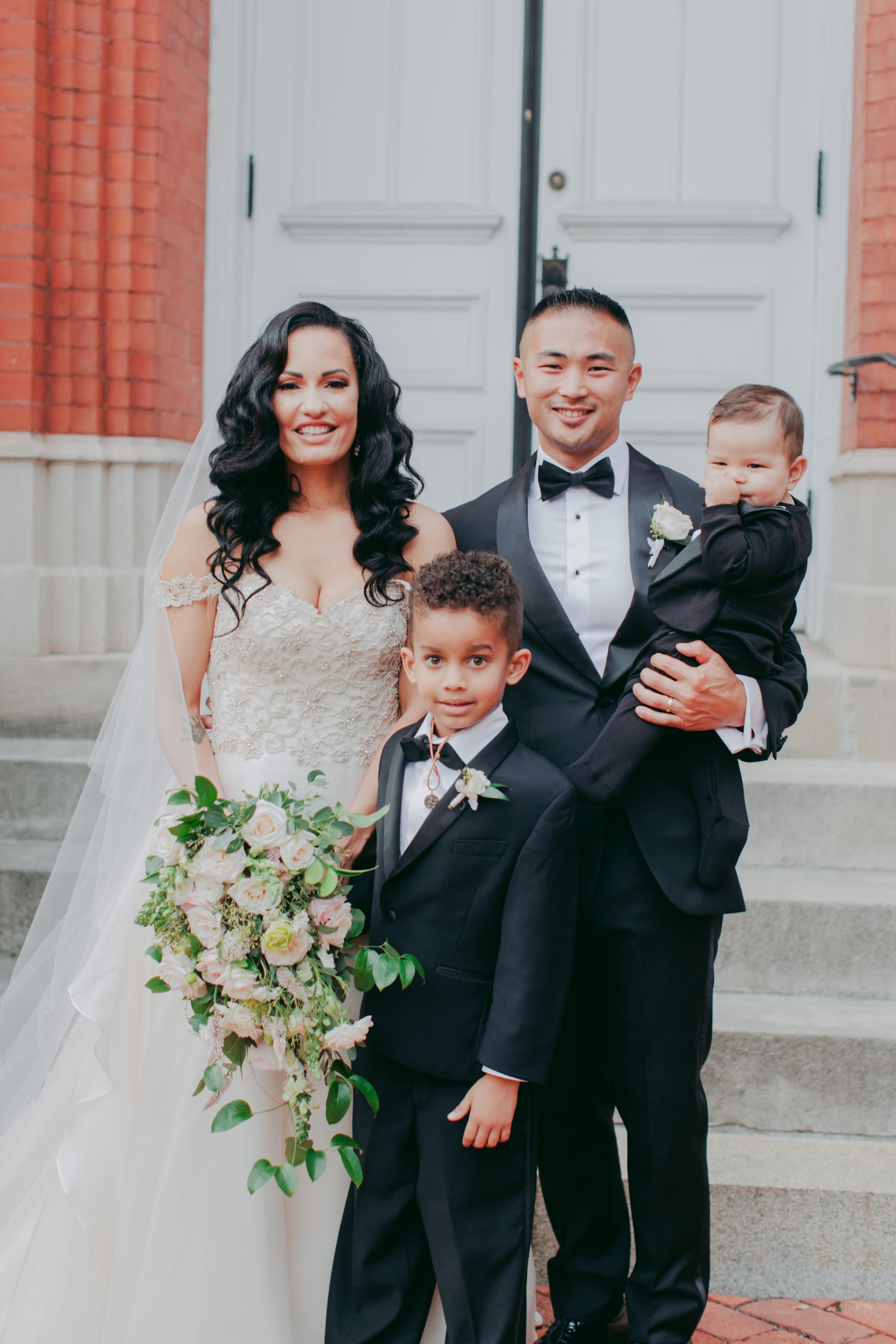 The theme was “vintage romance,” and the space was decorated in shades of blush and champagne, with florals that included roses and ivy sprays.

For the menu, the pair chose a selection of “comfort food,” heavy on the passed dishes–including mini tacos, mini grilled cheese sandwiches with tomato soup shooters, shrimp and avocado ceviche, mini-Cubano bites, pulled pork egg rolls, and Maryland crab balls–so people could enjoy food throughout the night without staying seated. And for the main course: shrimp and grits and chimichurri flank steak. The three-tiered cake included layers of almond with raspberry creme filling, chocolate with mocha filling, and red velvet with cream cheese filling, all covered in American vanilla buttercream.

The couple says they prioritized photography and videography, along with creating a romantic, yet relaxed, atmosphere. They skipped the place cards and programs.

As a nod to the bride’s interest in manifestation and rose quartz stones (something, Raquel says, she kept next to her bedside and would hold every night before she met Marshall), guests were each gifted pieces of rose quartz for themselves.

For their honeymoon, the pair celebrated at the Oaks Waterfront Inn in St. Michaels. 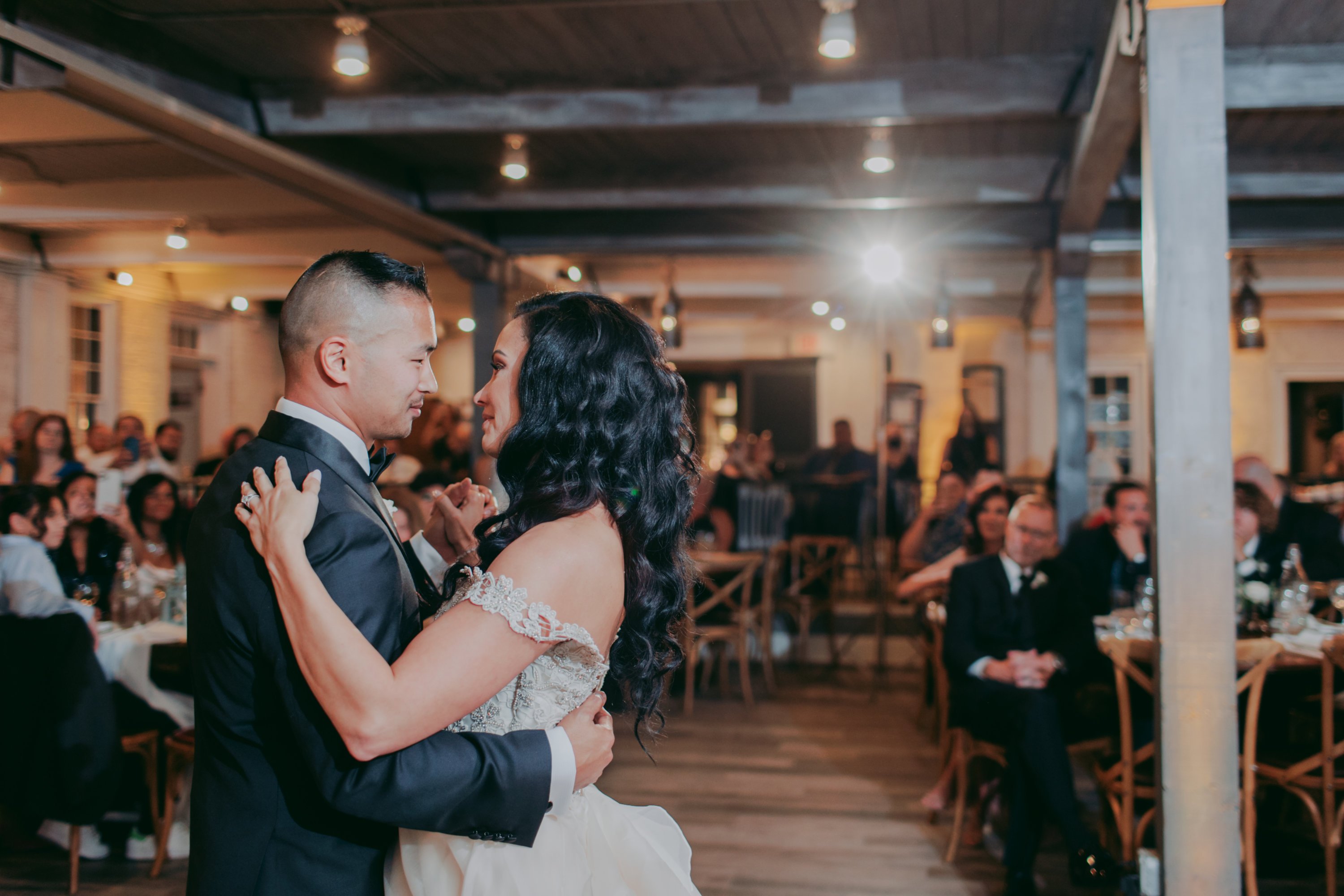 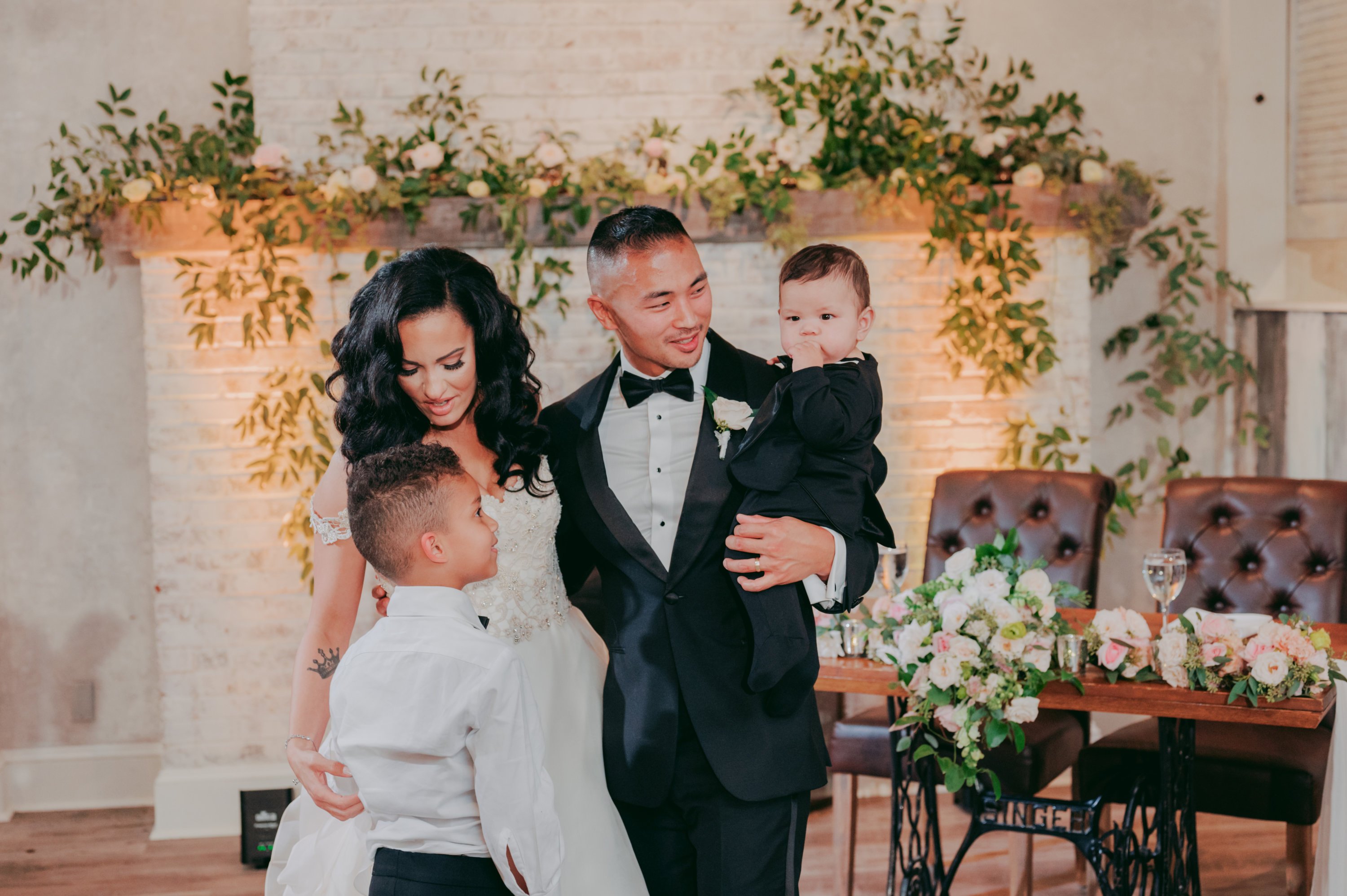 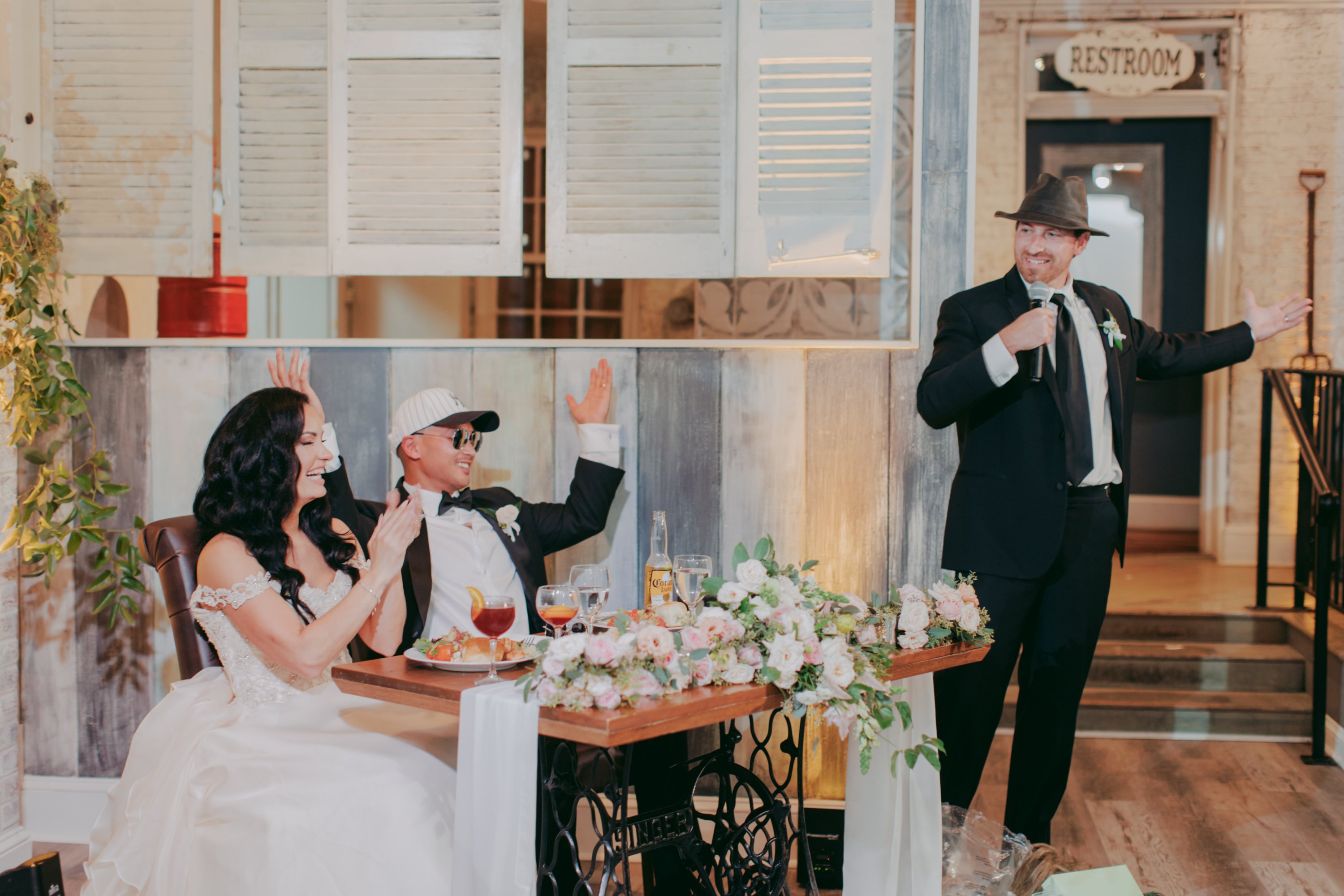 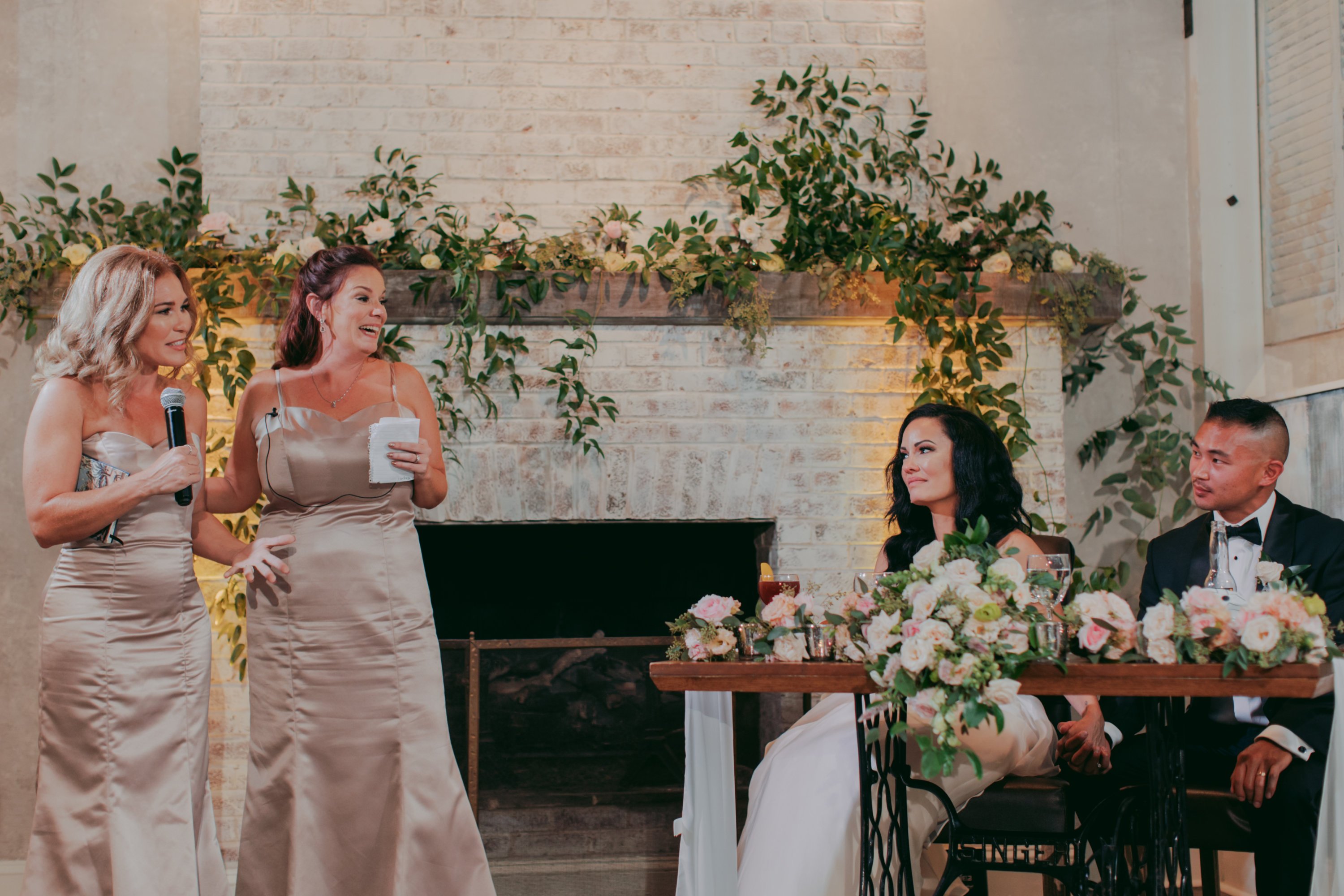 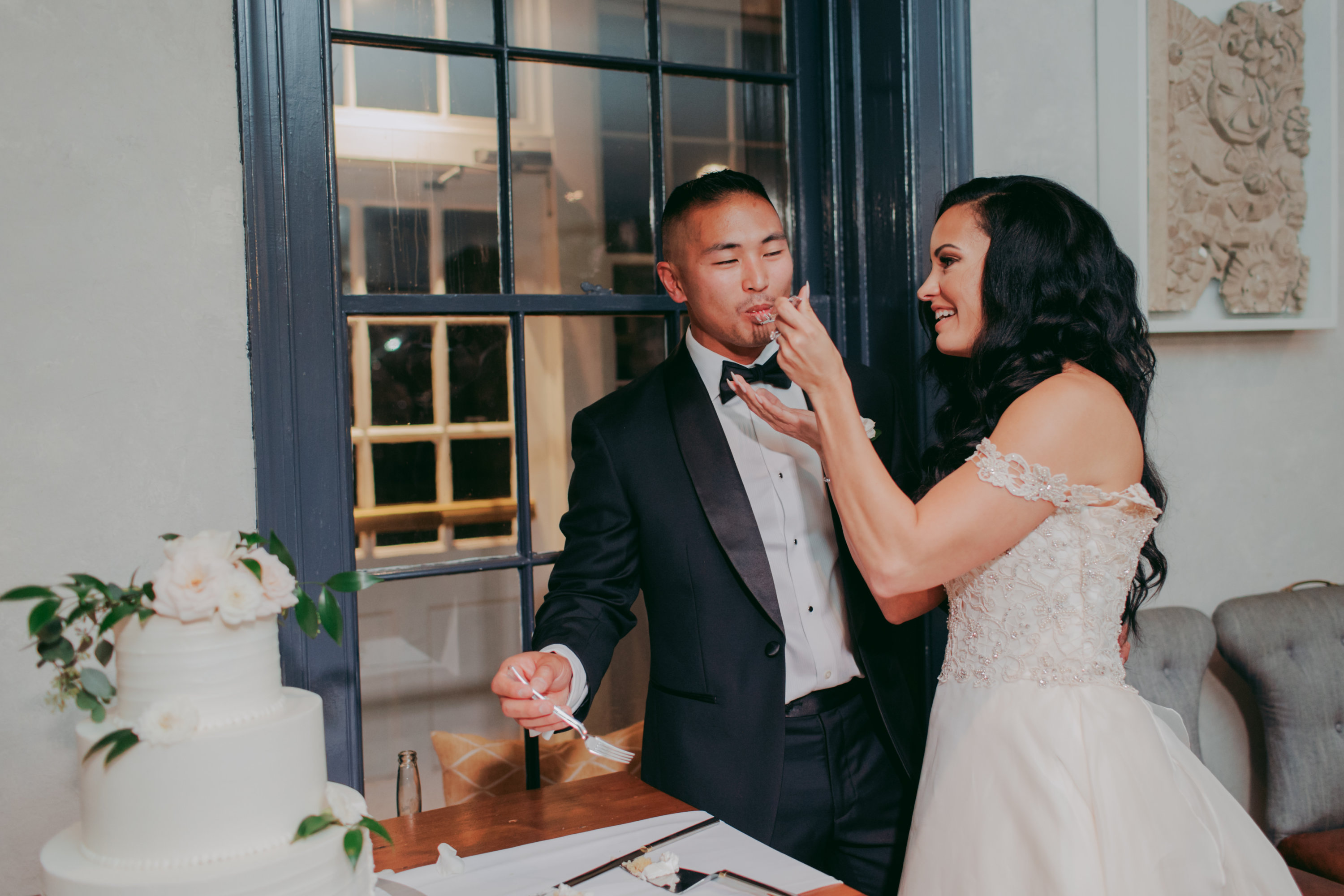 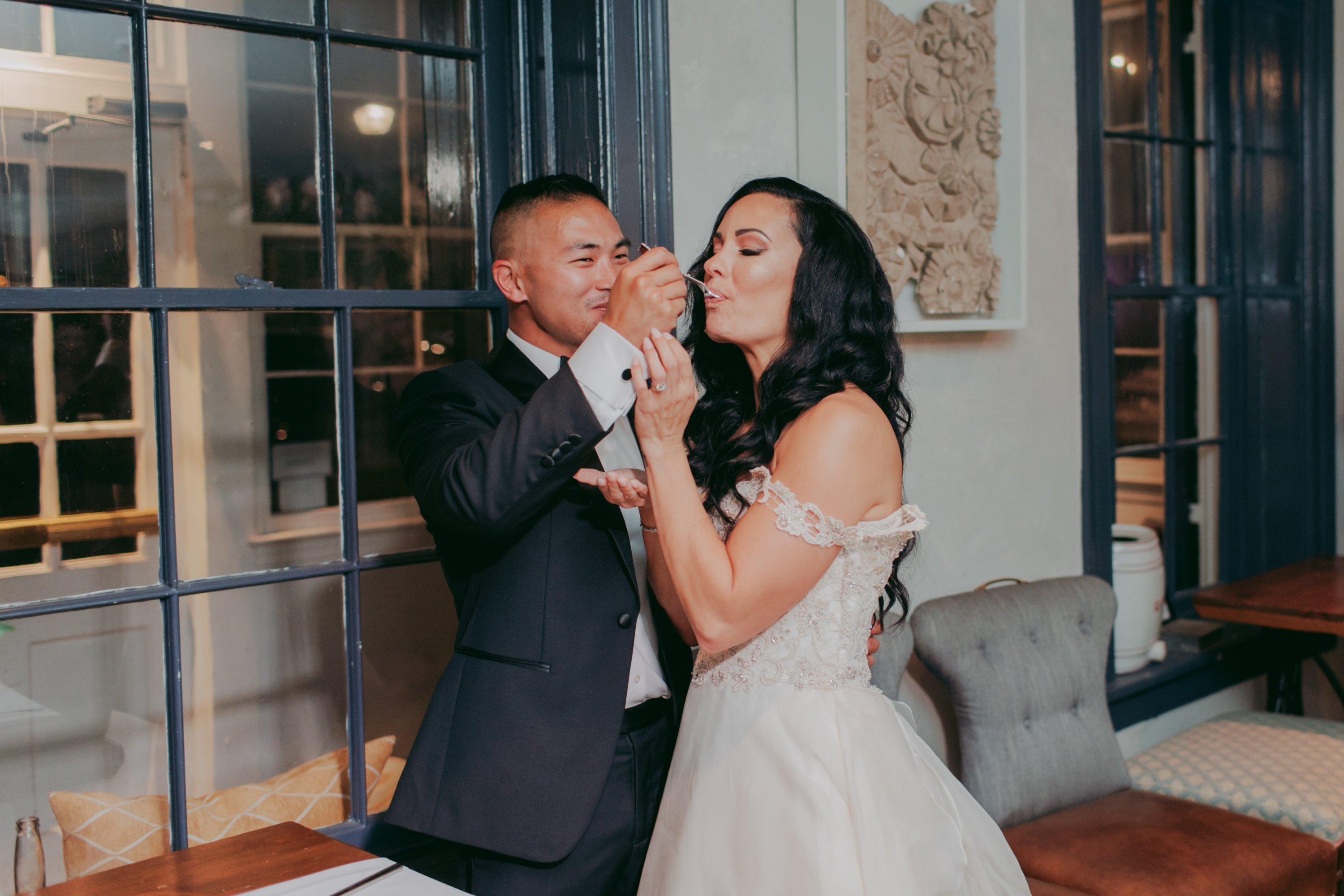 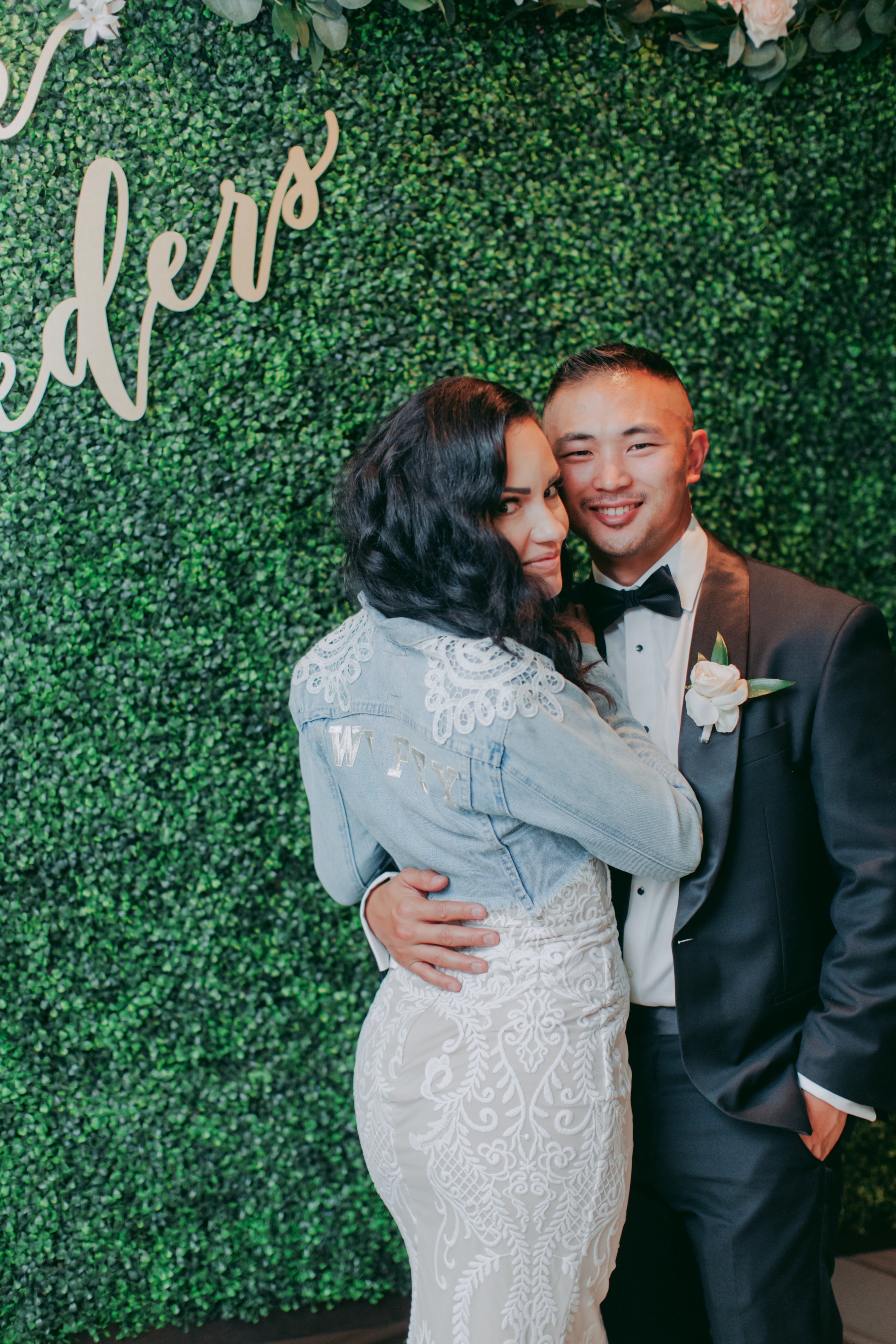 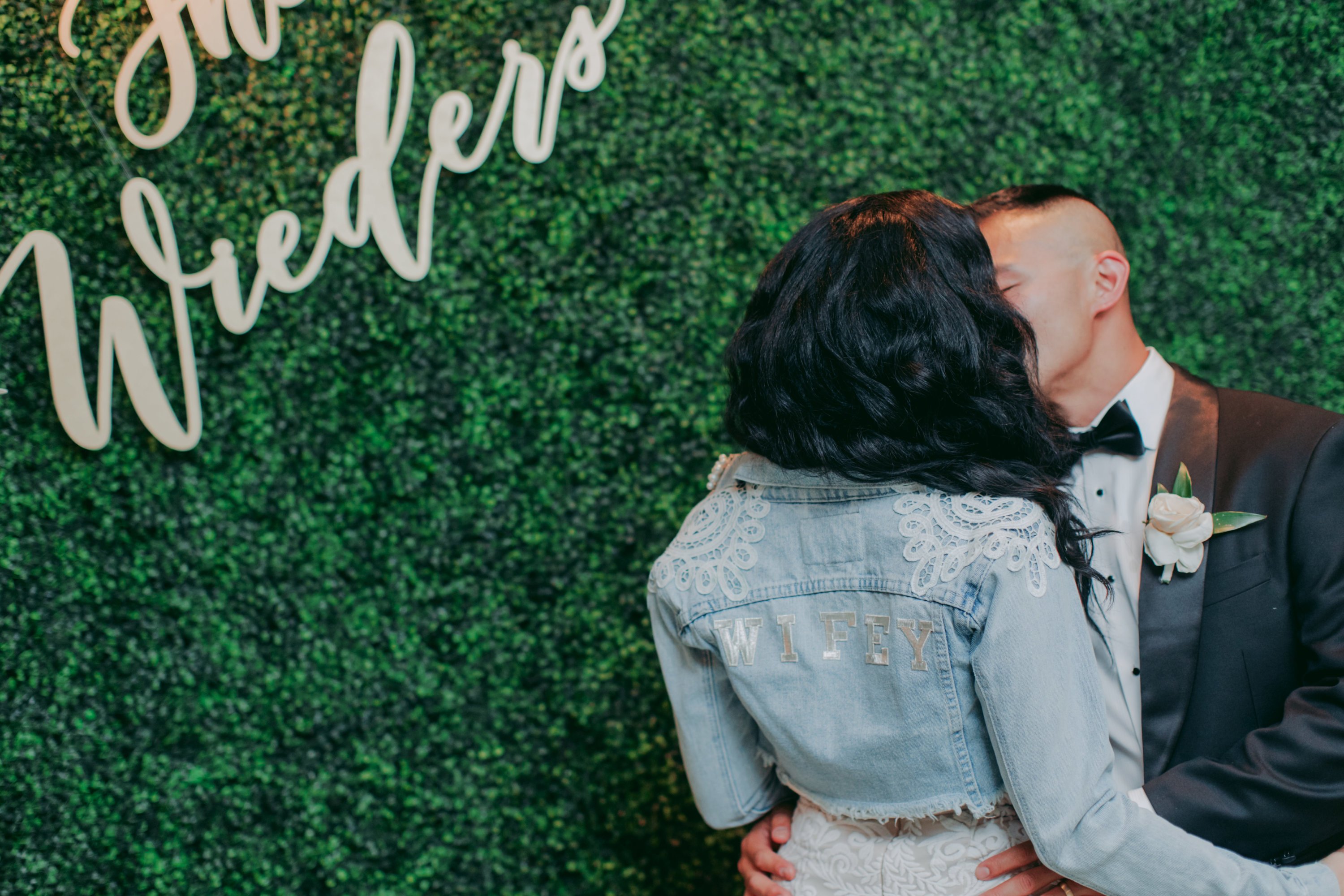