The newlyweds returned to the place where they tied the knot on Nov. 11 – the Bel-Air estate of the bride’s late grandfather, Barron Hilton – for a massive party with their families and famous friends.

As seen in exclusive photos obtained by Page Six, Hilton, Reum and their guests dressed to impress in lavish gowns and dapper suits.

Hilton, 40, looked stunning in a floor-length sheer gown covered in silver stars from top to bottom. She completed her look with a stunning updo and a glam smokey eye.

The newlyweds looked so in love while snapping pics during their third night of wedding celebrations. 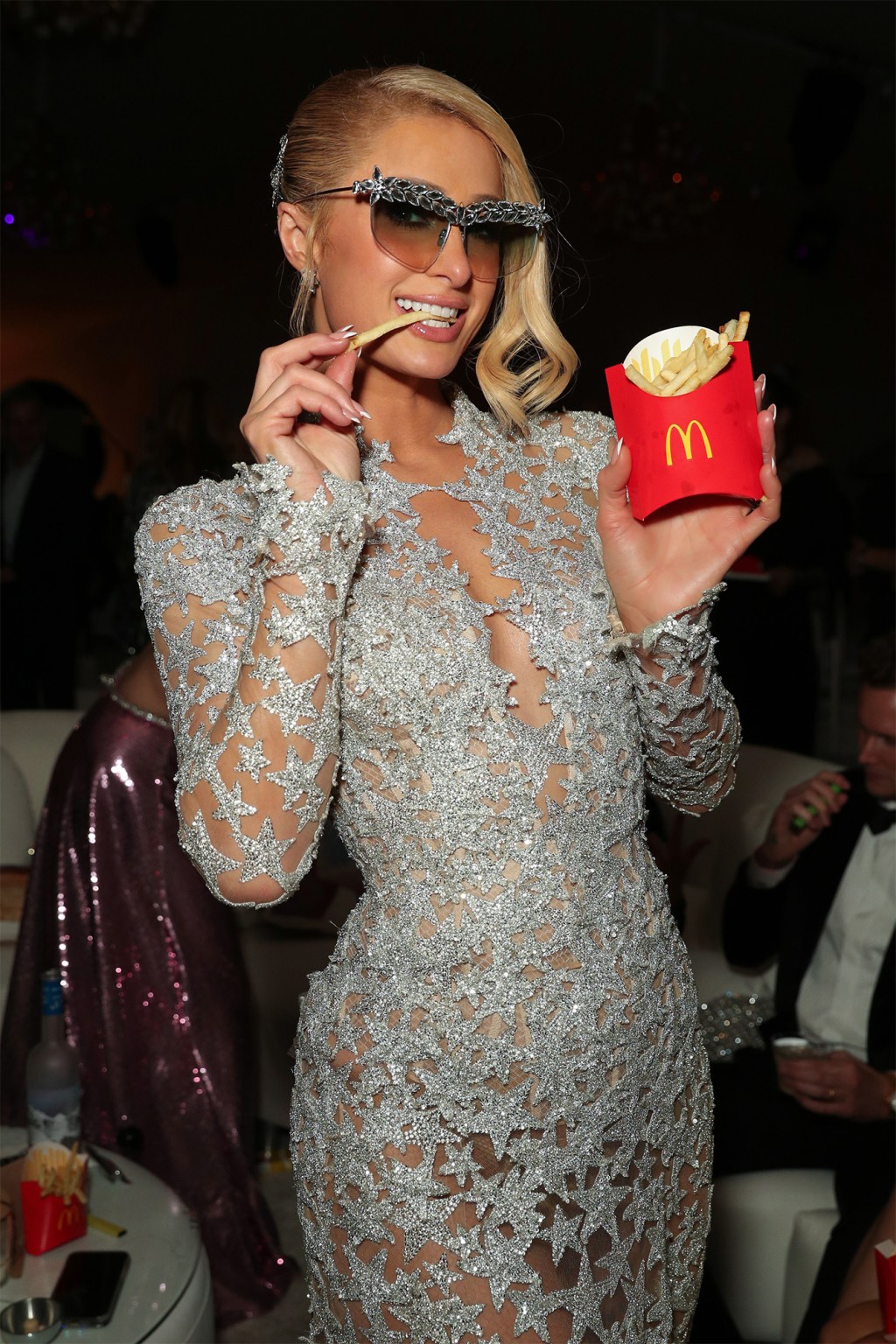 The bride and her celeb guests snacked on McDonald’s french fries throughout the evening.

The actor seemingly ignored the ongoing speculation about Taylor Swift’s…

Macy Gray was one of the many stars in attendance, performing for the crowd as they snacked on McDonald’s french fries throughout the evening.

The singer, 54, appeared to be having a blast while belting out tunes in a black-and-white checkered dress.

Gray took the stage to perform for the newlyweds and their guests on Saturday night.Chelsea Lauren/Shutterstock

The fête was the closing event for Hilton and Reum’s wedding weekend, which included their romantic wedding ceremony and reception at the same Bel-Air estate on Thursday.

Night two found the Hilton-Reum’s taking over the Santa Monica Pier for a fun night of carnival rides, games and a DJ set by Diplo.

Noticeably absent from night three was Kim Kardashian, a longtime companion of Hilton’s.

While she attended the luxe wedding on Thursday, she also skipped out on Friday night’s events to attend Simon Huck’s wedding to Phil Riportella over the weekend.

The close pals shared a laugh moments before Hilton said “I do” to Reum on Thursday.Christopher Polk/ Shutterstock

Kim’s sister Kourtney Kardashian was also present for Huck’s nuptials, with her own future hubby, Travis Barker, on her arm for the evening.

“Going to the chapel,” Kourtney, 42, captioned a series of pics from the couple’s romantic date night, with Barker, 46, responding “our turn next” in the comments.

The couple have yet to announce a wedding date but here’s to hoping they’ll take a cue from Hilton’s three-night extravaganza.