A bride-to-be has shared the very strict rules she will be enforcing at her upcoming wedding – including no kids and no phones.

A woman has gone viral online for opening up about the seven very strict rules that her guests will have to follow at her wedding in February next year.

The Australian mom-to-be has banned phones during the ceremony, and will not allow any children at the ceremony.

She said she has received a lot of backlash for the rules, but insisted she will not change her mind for the big day.

The bride said her first rule about “no kids” received the most backlash.

“My partner and I have copped so much s–t over the rules we have for our wedding in February,” she said in the video.

“This is the one that caused most of the stir, not having any children except our own son at our wedding. This is for a lot of reasons.

“But the main reason is that we only have 50 seats, we’re getting married in a registry, and both of our families are quite large.

The rules include no phone and the need to dress like a runway model. TikTok / @ pinkpartypunch

“If we bought everyone’s children, we could only have 25 spare seats, which is basically just our immediate family.”

In implementing her second rule, she wanted to prevent her guests from getting too intoxicated, too quickly.

“Number two is that the bar tab will not be starting until 5pm,” she stated.

“The reception will be starting at 2 o’clock, we really don’t want everyone to be legless and going home in a taxi before the night has even begun.

“We want everyone to look good in the photos, feel good, and for the bar tab to last into the night as well.”

She and her partner also have requested a strict no phone rule – which she says she will go to great deals to enforce.

“Number 3 is that there will be no phones during the ceremony,” she said.

“I will literally stop what I’m doing – in the middle of my vows if I need to – and tell you to put your phones away.

“We’re paying $3,000 for a photographer, take pictures with us afterwards if you want to.”

The woman also said she would not be allowing anyone at her wedding to bring guests. 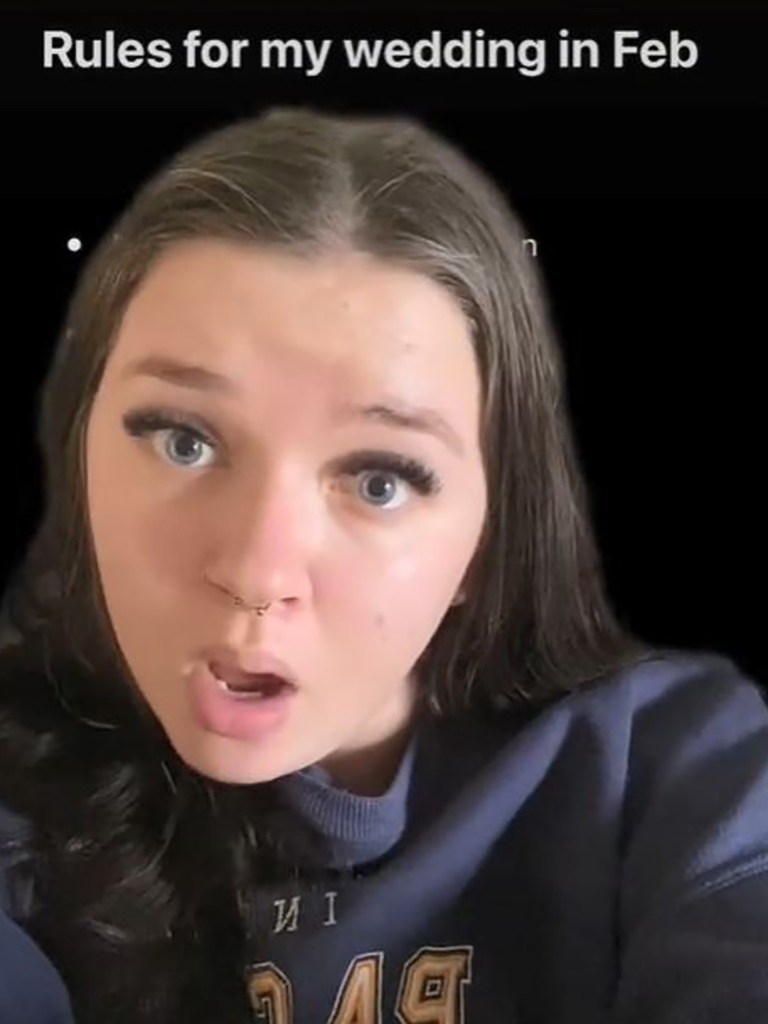 The bride is a mom-to-be yet she doesn’t want kids at her wedding. TikTok / @ pinkpartypunch

“There will be no plus ones, if we wanted them there, they would be,” she explained.

“This is a bit harsh, but quite frankly it’s the truth. I do not want to be forking out hundreds, if not thousands, for this wedding, to pay for drinks, food and entertainment for someone I don’t even know.

“I really don’t want strangers to be in the photos as well.”

The bride-to-be has also asked that her guests “dress to impress” – and absolutely no jeans.

“I want everyone to look like they have just come off the runway at Milan,” she said.

“I want formal dresses, tuxedos, suits, ties, whatever. You have to look good in the photos.

“We are not having jeans and T-shirts my friends.”

She also warned her wedding guests not to make any big announcements on the day.

“If you announce that you are pregnant, or propose at my wedding, or announce you’re engaged, I will drag you out,” she said.

“This is the one day I’ve been looking forward to since I was a little girl, this is not about you. Leave it for another day.” 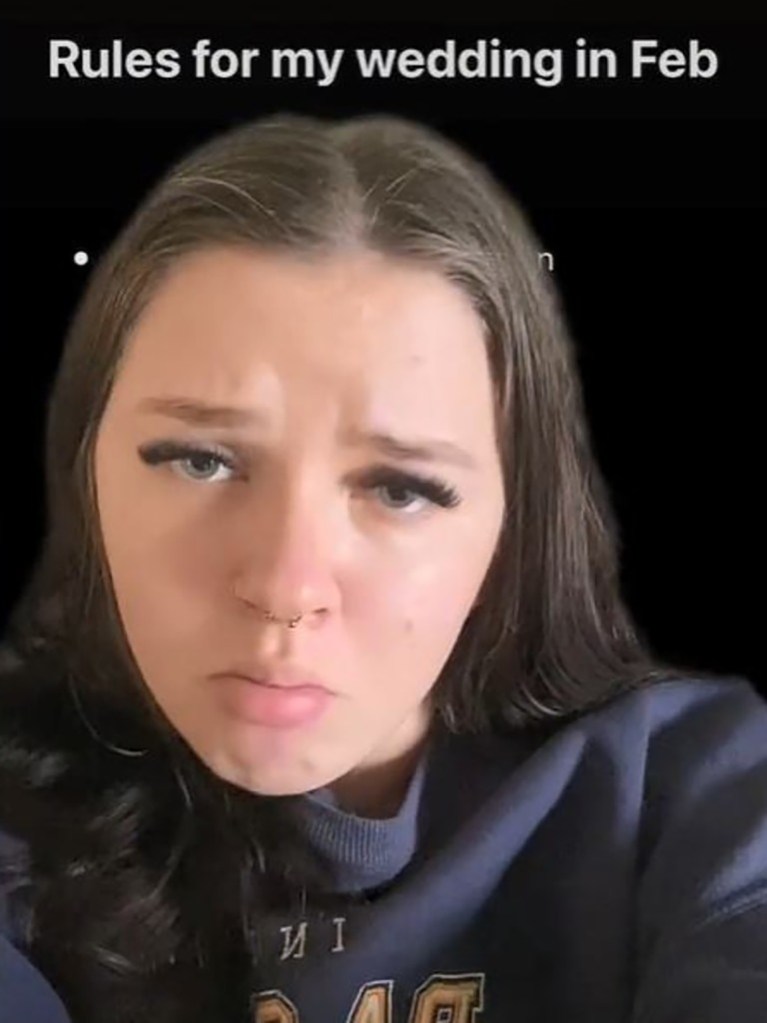 The woman also said she would not be allowing anyone at her wedding to bring guests.TikTok / @ pinkpartypunch

Her final rule was none of her guests will be allowed to post about the wedding until the bride and groom have been given a chance.

“Don’t announce that we’ve been married until we’ve had the chance to do so,” she said.

“We will do so quite immediately, but just wait to post things. There is no rush.”

She ended the video by saying that the rules were divided and agreed upon by bother her and her partner.

“Don’t go to people’s weddings if you don’t agree with their rules.”